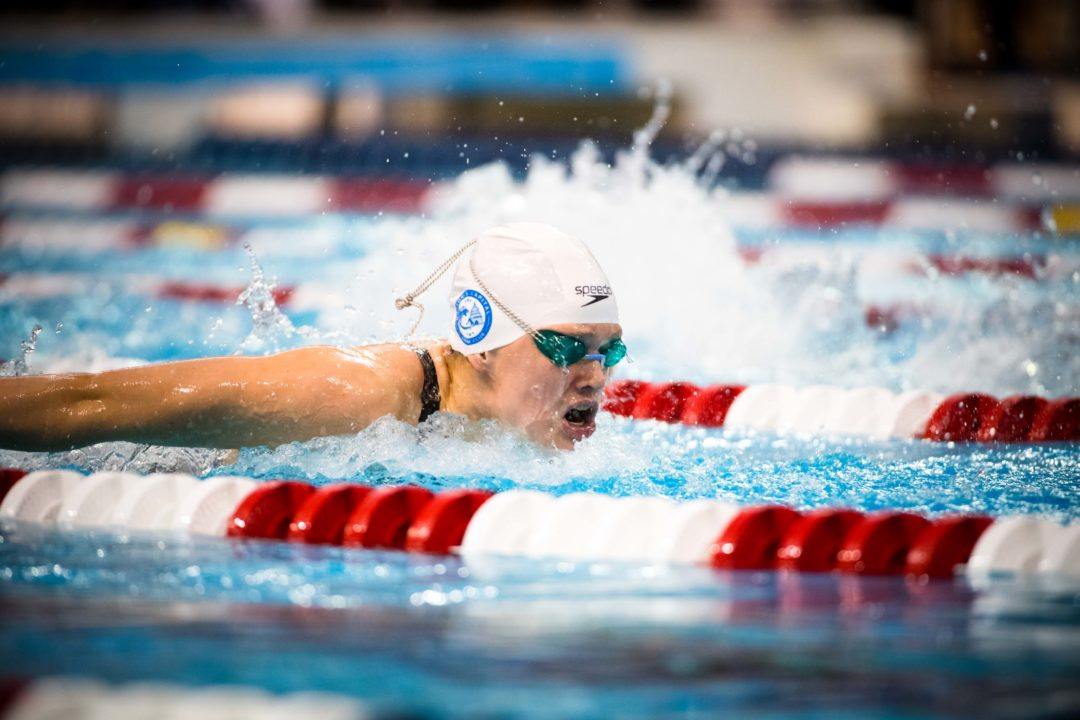 COVID-19’s unexpected impact has inflicted lockdowns across the nation, causing swimmers and coaches had to scramble to find places to train and race. Archive photo via Mike Lewis/Ola Vista Photography

Phoebe Bacon, a 17-year-old on Nation’s Capital Swim Team, and her teammates had several mini meets, designed for the swimmers to have a chance to race and simulate a big meet experience ahead of next summer’s Olympic Trials. One of Bacon’s former teammates, Jordan Kelly, released a video showcasing the behind the scenes of several of Bacon’s quarantine swims.

The last meet included was the Coronavirus Showdown, held in Madeira Virginia with her team, where she trained for most of July and August. Bacon went a 1:50.9 in the 200 back.

Despite the issues COVID-19 presents, Bacon has continued training throughout the summer and is someone to watch for in the 2021 Olympic Games

The article said those times were in a 50 foot pool? how can you judge the times from a 50 foot pool??? A 100 yard swim would have 5 turns instead of three.