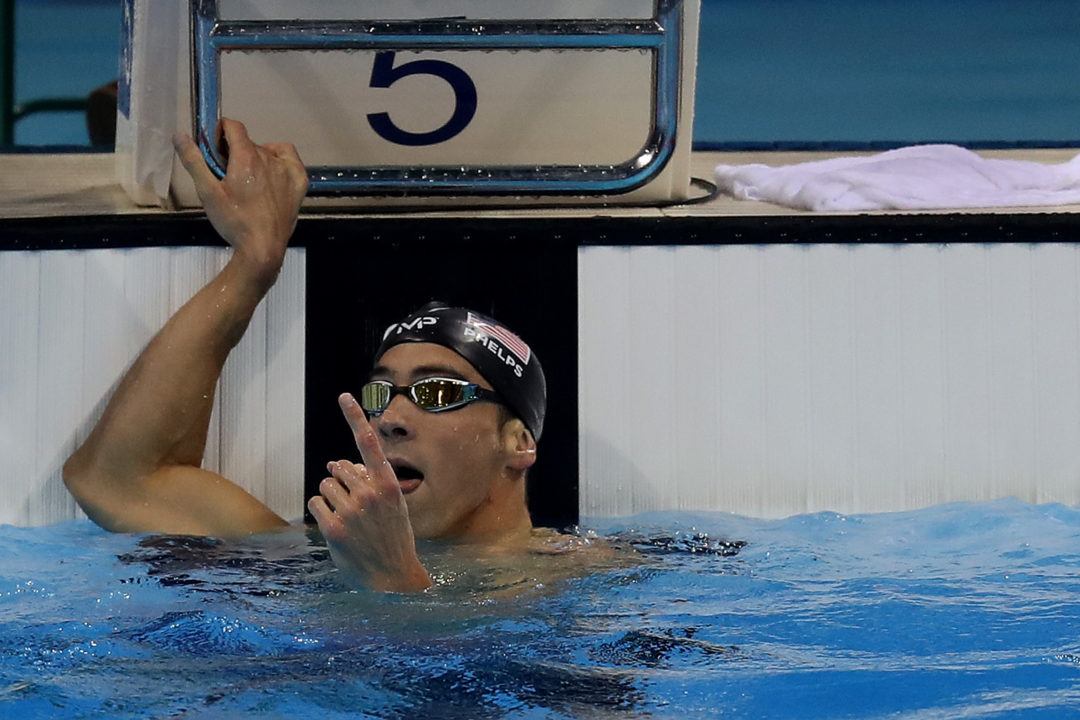 In the letter, they asked that the top 10 athletes in each Olympic event be subject to at least 6 out-of-competition drug tests. Current photo via Satiro Sodre/SS Press

One of the major story lines of the 2016 Rio Olympic Games has been the athletes speaking out against the use of performance enhancing drugs in sport. Since the release of the MacLaren Report, tensions have run high as several athletes named in the report as having tested positive for doping have been allowed to compete in Rio.

In early December of 2015, a group of 23 U.S. National Team swimmers sent a letter to FINA asking for more drug tests in the lead up to the 2016 Games. Among the group swimmers who signed the letter were Michael Phelps, Ryan Lochte, and Missy Franklin.

Phelps and Lochte have continued to add to their already impressive career Olympic medal totals at these Games, with Phelps increasing his gold medal total to 22 so far and Lochte becoming the 2nd most decorated male Olympic swimmer in history. Franklin, a 5 time Olympic gold medalist, earned gold as a prelims swimmer on the women’s 4×200 free relay at these Games.

In the letter, they asked that the top 10 athletes in each Olympic event be subject to at least 6 out-of-competition drug tests. The swimmers wanted the tests to include collecting both urine and blood samples, and the samples to be tested for all prohibited substances such as HGH, EPO, and micro-dosing of steroids.

Also among the swimmers who signed the letter was butterflier Kelsi Worrell, who qualified to swim the 100 buttefly and 4×100 medley relay for Team USA at these Olympics. In Rio, Worrell didn’t advance to the 100 fly final after getting 9th in the semis.

We’ve now learned that the 8th place finisher in the semifinals, China’s Chen Xinyi, has tested positive for the banned substance hydrochlorothiazide, a diuretic, as Chinese state run news agency Xinhua has published a confirmation from the Chinese Swimming Association on the positive test. Xinyi finished 3 hundredths of a second ahead of Worrell in the semis, 57.51 to 57.54.

Below is the full letter sent to FINA:

“We have learned from the WADA independent commission that state-sponsored doping in Russia involved athletes from sports other than just athletics, including swimmers. We also know there are a number of top swimmers from other countries where there has been a history of doping, and many would question the effectiveness of their National Anti-Doping Organizations.

Our request is that FINA develop a specialized Test Distribution Plan to test the top ten swimmers in each of the Olympic events at least six times out-of-competition prior to the Rio Games. Those tests would include the collection of both urine and blood, and the samples would be analyzed for all prohibited substances, including HGH, EPO, and micro-dosing of steroids using isotope ratio mass spectrometry. In conduscting these tests, FINA could collaborate with a handful of National Anti-Doping Organizations around the world which have impeccable reputations (for example: The U.S. Anti-Doping Agency, the Australian Anti-Doping Authority, the Canadian Centre for Ethics in Sport, UK Anti-Doping, and the Japan Anti-Doping Agency) in order to partially offset the cost to FINA. In the opinion of the clean swimmers of the world, there is no more important priority for the use of FINA funds.

We also urge FINA to support, both politically and financially, IOC President Thomas Bach’s initiative to outsource international sample collection and adjudication to an independent agency.

Thank you for considering this urgent request.”

Full list of swimmers who signed the letter (2016 U.S. Olympians have an asterisk):

Why not? If she is a clean athlete now.

It is wrong to cheat, no doubt about it. There is also merit to giving second chance. It makes sense to test more especially for athletes who got caught once – if after they did their time and they got caught of using PED again, then ban for Olympic or representing their country ever again for life.

To be clear, I’m not saying she shouldn’t have signed it. It just seems awkward at first though because she failed a doping test. I understand your point and don’t disagree.

She claimed to not know about it right?

I’m sure they would have, but I’m guessing this was just a conversation among some USA swimmers. Could have an even bigger impact if they got a bunch of people from different countries to sign.

I’m sure they will

They also should make more money from the US per medal. They should create a union, they deserve more!!!!