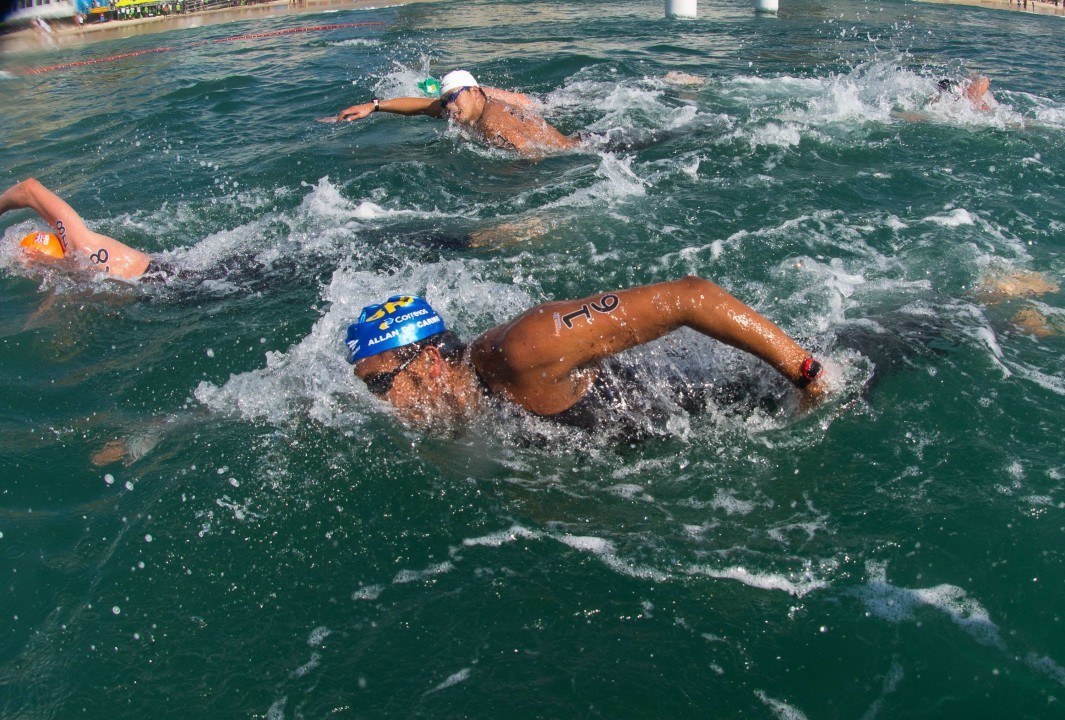 One Belgian sailor has been reported ill due to contaminated water in Guanabara Bay, although no illnesses have been definitely linked to the waters off Copacabana Beach, where open water swimming will take place. Current photo via Rio 2016/Alex Ferro

One of the biggest stories heading into the Rio Olympic Games came from reports of contaminated water in some of the water off Rio’s beaches, areas that would be used for sports like sailing and open water swimming.

While conditions at Fort Copacabana, where open water swimming will take place, seem to be fine, the Telegraph reported yesterday that a Belgian sailor has become ill from racing in the contaminated waters of Guanabara Bay.

The sailor, Evi Van Acker, began feeling sick after Wednesday’s race, and her coach, Wil Van Bladel, linked her sickness to a bacteria Van Acker reportedly caught back in while training the Bay in July.  Thus far, no other sailors have been ill due to contaminated water.

Guanabara Bay garnered attention with this photo last year and has been the focus of much of the concern surrounding Rio’s water quality.  Tests had shown the presence of large amounts of both viruses and bacteria associated with human fecal matter, leading to large concern about the safety of Olympians who would be competing on these waters.

The Marina da Gloria, the home of the sailing events, is located several miles into Guanabara Bay, while Fort Copacabana sits on the coast.  Thus far, no illnesses have been officially linked to the waters off Copacabana.

The open water swimming is going to be a sh– show.

That’s not just an expression. It will be a LITERAL sh– show.

Water pollution all across Europe is growing increasingly rampant. Although the EU has done major steps and actions to combat this threat, things are still far from being solved. Everybody -including ordinary citizens- need to step up in the fight against water pollution. Otherwise more incidents like this are bound to happen. https://www.youtube.com/watch?v=8xsvBdGq8Ig&list=PLI3_tjTmqPzkHxik_J3NHiTMBueumrr6g&index=5