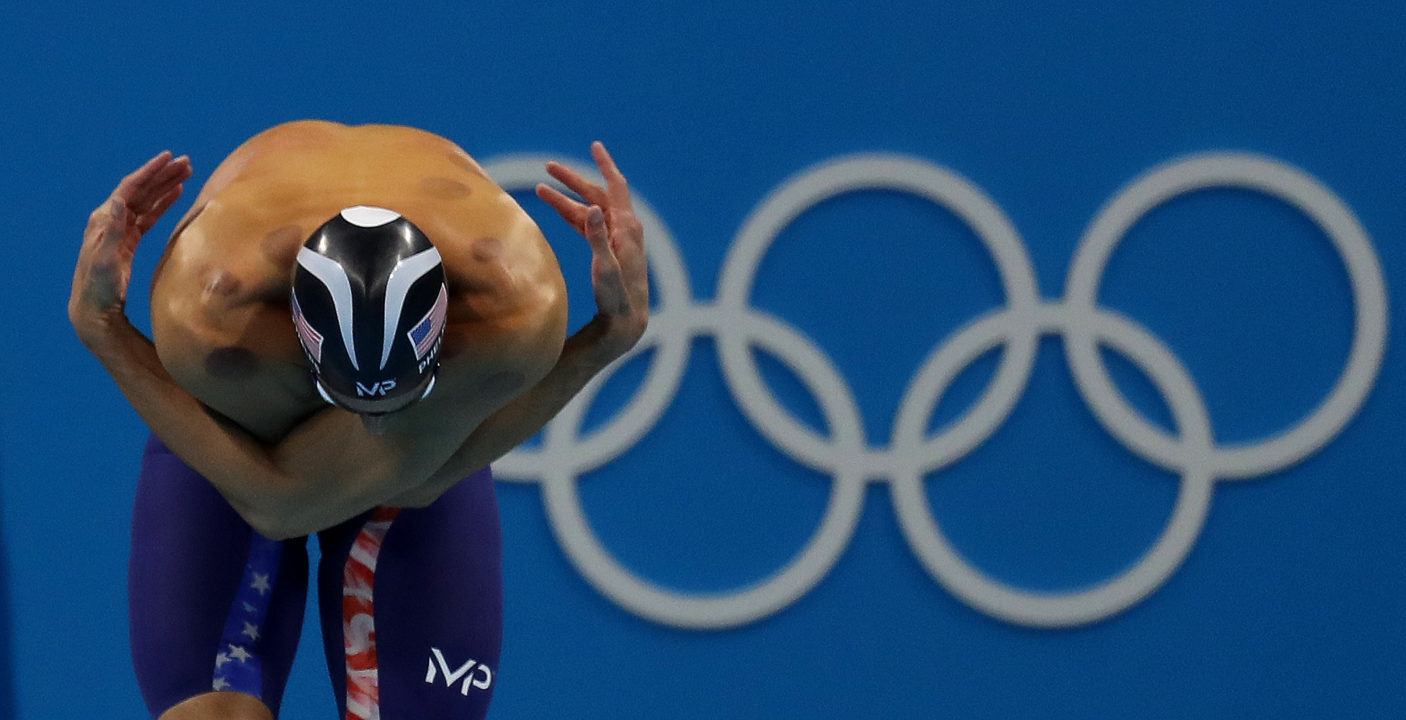 The greatest Olympian in history Michael Phelps came into these Games with few accolades left to achieve, yet he’s found another one to add to his legacy.

This isn’t the only record that this swim gave Phelps. He also becomes the winningest individual Olympian of all-time with his 15th medal.

He didn’t break the world record, nor he did his break his own Olympic record, but it was enough to win the race by a wide margin. Phelps pulled away from the field on the breaststroke leg, and closed the door on the free, touching in 1:54.66.

But once again it was Phelps, the greatest of all-time, over a body length ahead of the field. It feels like old times.

To have the confidence and will — with the 100 fly semifinal coming up — to still put the hammer down all the way to the wall in the IM when he knew he had it won by a mile. That’s what impressed me the most.

I saw him doing breaststroke in a warm up, so he worked on that since most of those guys are not breastsrokers.

Don’t forget is 2:10 or whatever it was 200 breast at Summer nationals last year. He’s an excellent breastroker.

To be able to be this dominate for this long…there is a reason lochte has been sub par the last few years. Most swimmers hit a natural physical decline.to be so fast for so long is other worldly. most talented swimmer of all time (obviously) it’s just unreal. We really are spoiled by him.

Hagino surprised me by not going faster. I thought he was at least going to be 1:55.5 worst case scenario

Michael Phelps is such an incredible competitor !
Hard to find enough superlatives to describe the extent to which he dominated the 200 IM tonight !!

As insane as this sounds, I wonder if Phelps is not quite as well rested as he might be. This meet is a triumph but his times are a little slower than last summer. I was amazed at how slow his 200 IM competitors were, especially Hagino. The 100 fly will be his biggest test, in that event there is no margin for error.

His IM was faster here then Last summer and lots more races this time. If he didn’t do 200 meter relay I think he would be faster tonight. Less stress on body

He said himself, with this final go, he doesnt care about times. He just wants to go in and have fun, and get the best place possible. And you’re right, his 200 fly was definitely slower than last summer

I guess you just missed his post 200 IM interview saying he wanted the world record and I guessed you missed all his pre rio interview where he said a Personal best would be nice.

Excent if he didn’t screw up his turns in the final, he could have easily shaved close to a second off, bringing him to 1:52 mid

also, matter fact, if his reaction wouldve been one tenth faster he’d definitely have broken the world record

Not insane at all. He was exhausted at Trials and tied up the last 15m of the 200 fly. He’s still a bit tired now. Like many veterans, he’s in new territory with his age and still figuring out his recovery requirements. They rarely rest enough. He’s in the best shape of his life but, except for his 100 free split, the times don’t show it. Even at 31 and less than fully rested, he’s still the greatest!

No one has really brought this up much since before Rio, but in retrospect, we have seen some insane records (Peaty, Katinka, & Katie L) on the one hand, & on the other hand, swimmers who seem well … tired. Wonder what others have to say about the late start for everything. Remember C1’s comment the other day about it being hard to wake up? Am wondering how much messing with circadian rhythms more than usual (swimming starting so much later in general, thanks to NBC) has impacted performances here. Could be individual responses to body rhythms more than we realize right now. Look at Cseh too, except for last night of course. He’s in the mix for a medal… Read more »

Sleep is defiently a huge factor. With the shift in time zones dimply adding on the the stress of the games I bet many atheletes are not sleeping very much. Same used to happen to me at taper meets. Id get struck with insomnia for the whole meet and swim jot at my best