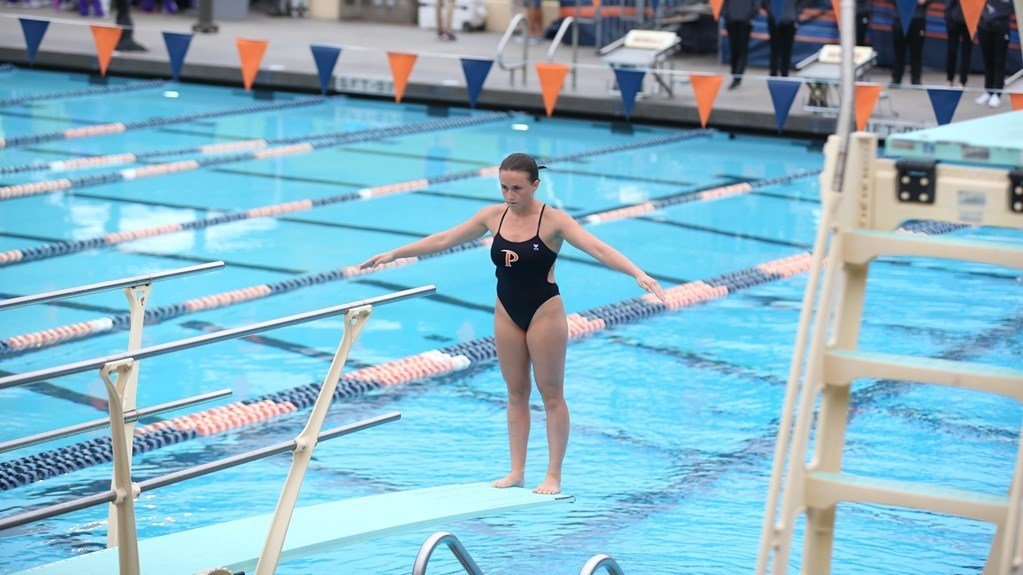 The Pepperdine women's swim and dive team will be sending three of its divers to the Bruin Diving Invitational hosted by UCLA beginning Friday, Jan. 18. Current photo via Pepperdine Athletics, Jeff Golden

MALIBU, Calif. – The Pepperdine women’s swim and dive team will be sending three of its divers to the Bruin Diving Invitational hosted by UCLA beginning Friday, Jan. 18.

WHEN/WHERE: The meet will take place at Spieker Aquatics Center in Westwood, Calif. on the campus of UCLA. Both days of competition will begin at 10:30 AM.

LAST TIME OUT: The Waves last competed at the Lions Cup on Jan. 11-12, taking second place behind LMU.

SPAHN: Head Coach Joe Spahn enters his first year at the helm of Pepperdine women’s swimming and diving after spending three seasons at Notre Dame, where he helped the men’s team take third place at the ACC Championships, and the women take fifth at the same championships.

PEPPERDINE SWIM AND DIVE: The Pepperdine women’s swimming and diving team is in its fourth decade of existence and the Waves have perennially been one of the top teams in the Pacific Collegiate Swim Conference. The Waves have posted top-five finishes in 25 of the 32 PCSC Championships ever contested, with second-place finishes in 1989 and 2008.

ABOUT PEPPERDINE: Pepperdine boasts a one-of-a-kind athletic department with unprecedented success for a school of its size. The Waves have won NCAA Division I Championships in five different men’s sports — one of just 18 schools to have accomplished this feat — and nine overall. Of this elite group, Pepperdine has the smallest undergraduate enrollment, is the only school without football and is the only university that has not been affiliated with a “major” conference. The Waves have won a total of 25 team or individual national championships in their history. Pepperdine has also earned the Division I-AAA All-Sports Trophy, an award based on postseason success that’s given to the top non-football school, three times (most recently in 2011-12). Located in scenic Malibu, Calif., the university overlooks the Pacific Ocean and its campus and athletic facilities are regularly voted among the nation’s most beautiful. Pepperdine, which is affiliated with the Church of Christ, ranks No. 46 overall on U.S. News and World Report’s list of America’s best colleges.

NEXT UP: Following the Bruin Invitational, the Waves will compete once more before the Pacific Coast Swim and Dive Conference Championships. The team will host Air Force and Cal Baptist on January 26 in the final home meet of the year. Before competition starts, the Waves will also honor their 10 seniors.