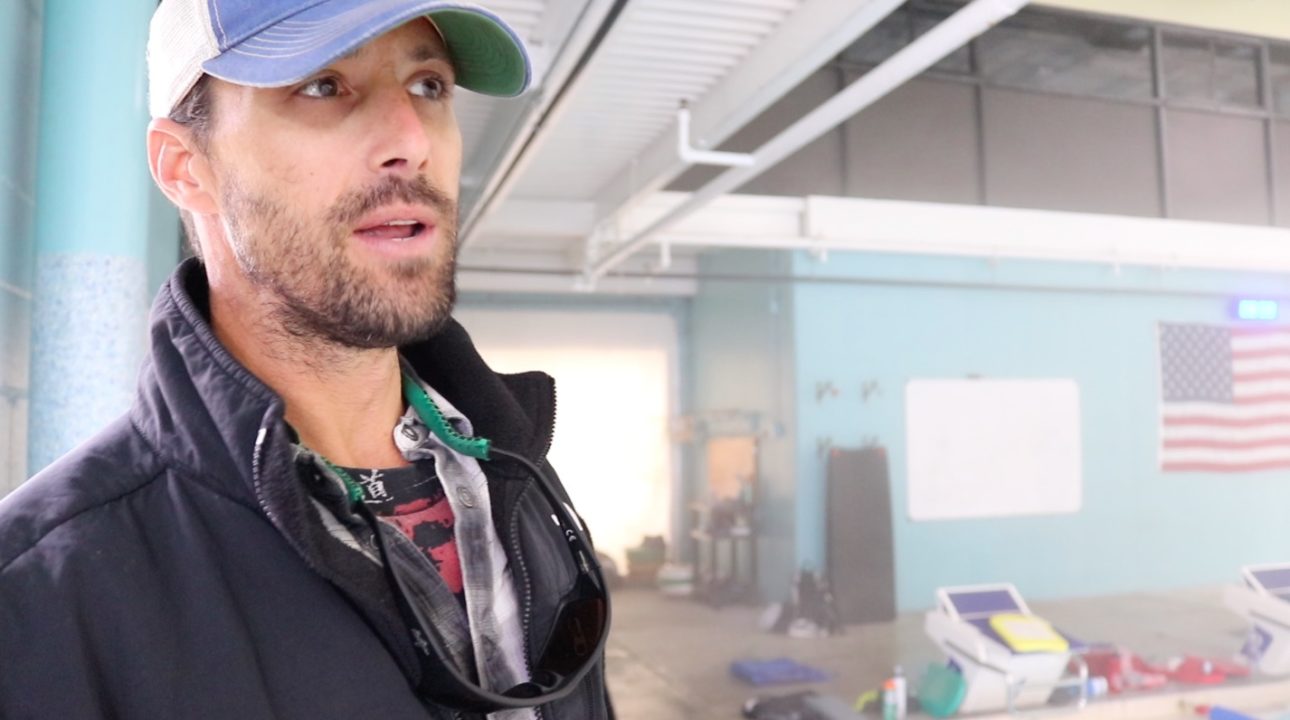 RITTER Sports Performance is pleased to announce that Paul Yetter has joined their team. Yetter has guided 12 athletes to a No. 1 National Age Group ranking. Current photo via Chris Ritter

RITTER Sports Performance is pleased to announce that Paul Yetter has joined their team. Paul is no stranger to many coaches as he’s had success with world class athletes, including multiple time World Record holder, Katie Hoff.

“I’ve known Paul for a while now and it’s clear that he is extremely passionate not only about the athletes he’s coaching but helping other coaches progress in their own professional development.” said Chris Ritter, CEO of RITTER Sports Performance. “We’re thrilled to have a coach of Paul’s caliber and resume join the RITTER Team to help serve the coaches in our audience even more. It’s pretty incredible to imagine the opportunities for learning and mentoring that we are creating for coaches to be a part of. I know I would’ve been ecstatic to have these types of opportunities as a young coach in our sport and honestly coaches of all levels are going to greatly benefit.”

Since 2004, Paul has developed or guided 12 athletes to represent the United States in senior-level international competition. Most recently, T2 Aquatics’ Michelle Konkoly set 2 World Records in the S-9 classification on her way to winning 2 gold medals, 1 silver, and 1 bronze at the 2016 Rio Paralympics.

“I’m really excited to join the RITTER Sports Performance team with Chris and the rest of their coaches.” said Paul on the announcement. “I have a passion for helping coaches and I feel like the vision Chris has for what we can accomplish through RITTER will greatly impact swim coaches in a tangible and positive way. I can’t wait to get started!”

Following the 2008 season, Yetter guided 15-year-old Elizabeth Pelton to the 2009 USA World Championship team that competed in Rome, Italy, where she finished 6th in the 200 backstroke. Pelton qualified for the US Team in 3 individual events — more than any other female swimmer from the United States that year.

Paul has been a swim coach at all levels, from college to club and even high school when he was starting out. As a result, he’ll be able to bring a unique perspective in developing continuing educational opportunities for coaches through RITTER Sports Performance.

Specifically, Paul will be directly involved with helping to create content and curriculum for The Hive powered by RITTER – an online educational resource for swim coaches (think of it as the “Netflix for Swim Coaching”). In addition to that, Paul will also be heading up a new Mentorship Program for swim coaches that is available exclusively to coaches who are members of The Hive.

Be sure to listen to the latest Swim Coaches Base Podcast (Apple, Spotify, Google, SoundCloud or Stitcher) in which Paul and Chris discuss the Mentorship Program more in depth. You’ll also be kept up to date with this new program through RITTER’s social channels, specifically Instagram and Facebook.

Paul Yetter will still continue in his role as NBAC’s head senior coach which allows him to still coach on a day-to-day basis while expanding his capacity to help mentor other swim coaches by joining RITTER.

If you’re wanting the best educational opportunities to grow and continue to develop your coaching skills and insights be sure to join The Hive.

For just $1 you can join The Hive powered by RITTER.

I did sign up a year+ ago and paid for their masters dryland training App used it for a while …I was very disappointed in the lack of response from Ritter, the lateness of monthly updates for training and also it seemed to be all leg based strength training. I sent feedback many times through the App portal and received very few responses and when I did get a response it did not address my concern. I did not re-sign up for another year and just wrote it off. I wish these guys well but my experience with their masters dryland training app was poor

Sorry about your experience with Surge+. We’ve improved a lot since then. Also at the $29/month price point we only offer a few options of programming with Surge+. Send us an email at [email protected] and we would be happy to give you a free month if you’d like. Just give us the email you had used the last time you signed up. You’ll definitely have a better experience with our 1-on-1 custom dryland programs because we can tailor it specifically to your needs. And with that you have direct access to one of of our Performance Coaches as well.

The Hive is not at all like Surge+. This is educational based and not just dryland training.

You can basically get the same programming at a fraction of the cost through Volt or Bridge. Volt has an AI that increases the level of difficulty and also has the ability to swap out exercises. None of these online things or apps are going to substitute for an in-person trainer to make sure you’re doing the movements correctly and therefore avoid injury. For coaches, Volt has the ability to program the periodization. Also wish these guys well, but think they overhype their successes. There was a lot more to Gangloff’s and Cullen’s successes.

Creating her is a remarkable achievement. I am still waiting for another women with 5 individual wins at Olympic trials. (200,400,800 Free, 2IM, 4IM) Amazing feat and it is was without the 1500. Honestly, she could have at the time had a chance at it as well, since she did have the short course 1650 record.

I’m pretty sure only a handful of coaches can match a stat like that.

Y’all giving too much credit to the coaches. Athletes build themselves. Coach’s role is to assist.

No doubt the athletes need to do the work to accomplish what they do. But not all coaches do as good of a job building a relationship with their athletes as Paul has done throughout the years. It’s a partnership and the best coaches realize it’s not all about them but what they can do to help reach each athlete and help the athlete achieve what their goals are.

Very true in this situation. Not to be a jerk, but how many NAG record holders would he have coached if not at NBAC? Katie Hoff (for example) showed up to NBAC as a 13 year old that already had Senior cuts. There are alot of other coaches that deserve some credit for Katie, not to mention she was an incredible athletic talent. The truth is the majority of coaches will never be given the opportunity to receive a “gift” like that to see how they can develop an athlete of that caliber.

Nah he is a very good coach. I asked him for some training tips once and man he really answered my questions very thoroughly. He didn’t hold back and gave great training details.

Ritter Sport. I was thinking of the German chocolate bar squares and got waaaay too excited….
https://www.ritter-sport.de/en_US/

Those are the best! Still waiting on a partnership deal from them. Haha

Being involved in the “beta” version this summer was a such a valuable experience. Paul brings not only considerable professional development from technique to training to the mentoring program, but also varying levels of experiences from the age group level to the elite level to share. As a coach, I was able to ask in-depth and personally unique questions that Paul and other members of the mentorship group were able to share their thoughts and advice on. Also, being placed in heterogeneous groups allowed for coaches from the age group level to the collegiate level to connect, share ideas, and explore new ways of doing things. It was awesome to see age group coaches sharing ideas with senior and collegiate… Read more »

If you don’t think you can learn something from Paul Yetter you’re crazy. Going back to that Hoff (and floswimming) era he always gave really thoughtful interviews with detailed answers. Maybe you agree or disagree, maybe he had some generational talent to work with, maybe maybe maybe……

Don’t be so quick to dismiss something with negativity. It’s a bummer to go through your day that way and you may miss an opportunity to think about things in a different way.