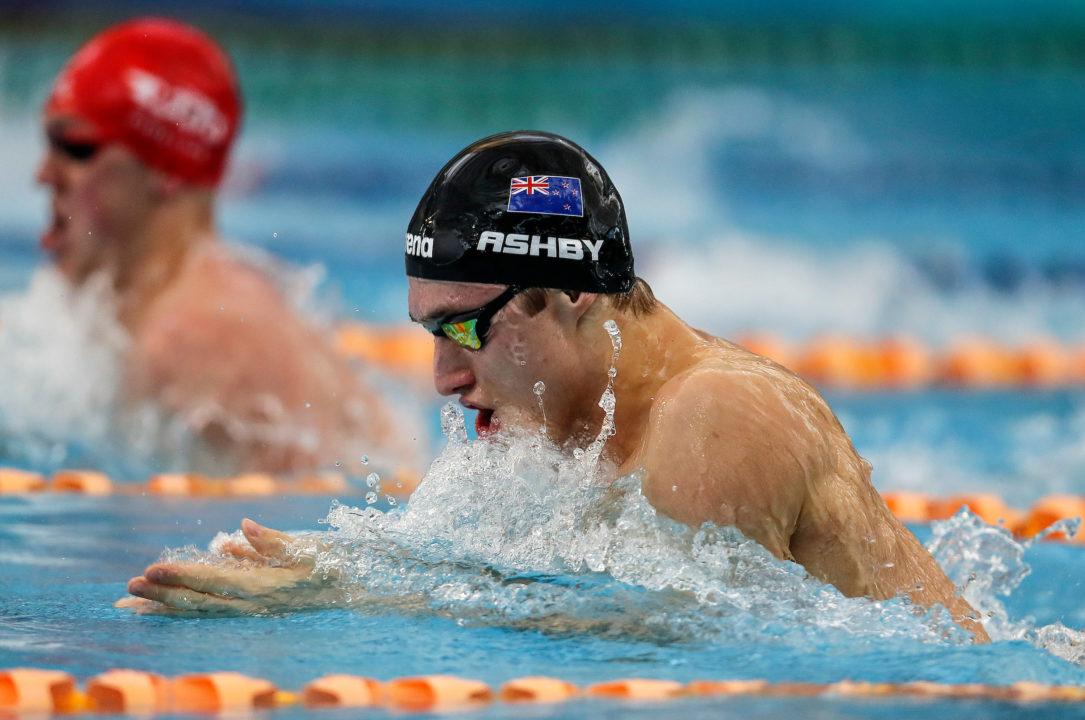 Yesterday Sophie Pascoe set the tone in Auckland by cracking off two Para Swimming World Records to begin her New Zealand Short Course Championships campaign. The record-setting swims continued today, as Pascoe lowered her own SM10 200m IM World Record during morning prelims. The star wasn’t done, as she hacked off additional time to land on a shiny new WR of 2:21.45 in the final.

“I loved racing my favourite event (the 200 IM) and breaking my previous world record… Racing is feeling oh so good this week,” Pascoe commented on social media after the race.

Pascoe also achieved a new lifetime best in the SB9 50m breaststroke with her mark of 34.97. Her swim represents the first time she’s dipped beneath the 35-second threshold in the event.

Bradlee Ashby scored a new national record in the men’s 200m IM, touching in 1:55.30 for the win. Ashby’s performance tonight overtook the longstanding record of 1:56.74 set by Dean Kent way back in 2008. This is Ashby’s 2nd New Zealand national record, as the 21-year-old Hamilton native holds the long course 200m IM NR with the 1:59.24 he produced at this year’s Long Course World Championships in Budapest.

Ashby was also successful in the 100m backstroke, taking the gold in a final time of 52.39.

Young Gabrielle Fa’amausili managed to take the win in a very tight women’s 100m backstroke race, touching in 59.66 for a new 17 years age group record. The United swimmer was one of four finalists to clock sub-minute marks, with another 17-year-old, Bobbi Gichard, earning runner-up status in 59.72. Bronze went to 16-year-old Kyla Alexander with her time of 59.85, while Slovakian National Team member Karolina Hajkova finished in 4th in 59.94.