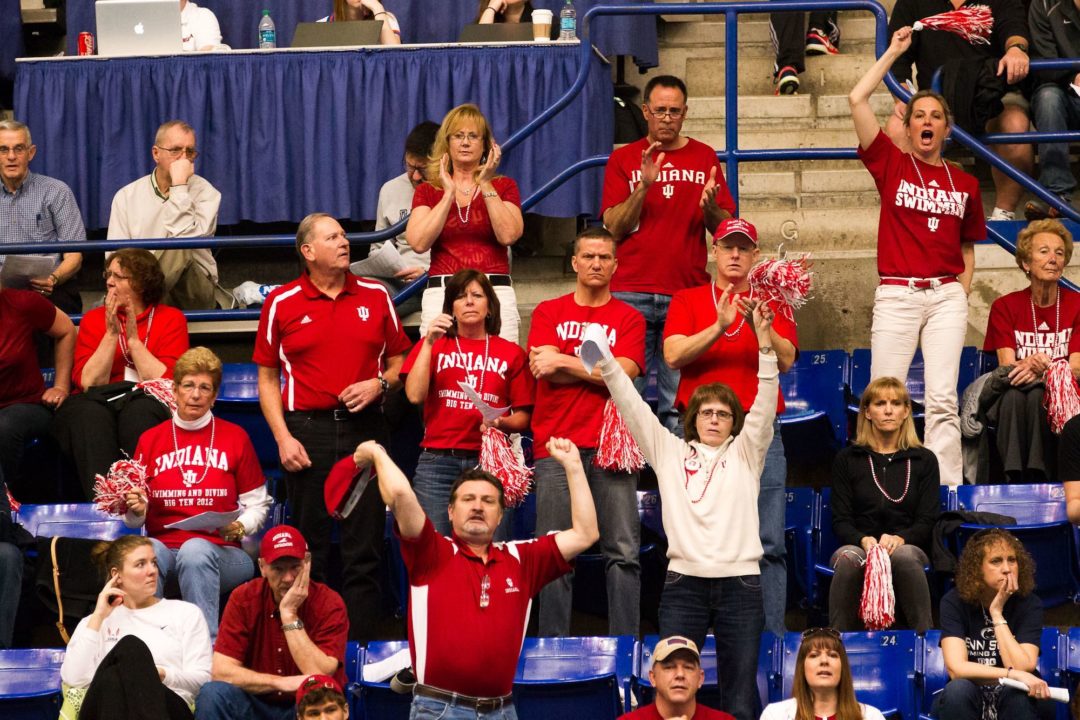 Indiana's Jessica Parratto won her second-straight event on the women's side, capping a dominant Zone Championships. Parratto won on platform, beating two-time defending NCAA champ Olivia Rosendahl of Northwestern. Parratto also beat Rosendahl at Big Tens, though Parratto has won Big Tens the past two years only for Rosendahl to take the win at NCAAs. Stock photo via Tim Binning/TheSwimPictures.com

Indiana’s Jessica Parratto won her second-straight event on the women’s side, capping a dominant Zone Championships. Parratto won on platform, beating two-time defending NCAA champ Olivia Rosendahl of Northwestern. Parratto also beat Rosendahl at Big Tens, though Parratto has won Big Tens the past two years only for Rosendahl to take the win at NCAAs.

Purdue’s Emily Meaney was already qualified through 3-meter, but a second-place finish on platform is big for her: Meaney was 7th at NCAAs on platform as a fresman, but faded to 27th last year.

Rosendahl was 4th and will qualify to compete at NCAAs. In between was Purdue’s Emily Bretscher, the 3-meter zone champ.

From a team perspective, Michigan got returning NCAA scorer Christy Cutshaw into the meet. She hadn’t yet qualified. Purdue’s Maggie Merriman qualified, bringing the Boilermakers to four female qualifiers. Ohio State qualified Lexie Barker, bringing them to 3 women. Kentucky and Louisville both added second divers, and Illinois qualified one.

On the men’s side, Purdue’s Brandon Loschiavo broke up an Indiana sweep, taking the platform title. His teammate Benjamin Bramley was second. Both were new NCAA qualifiers today after not making a qualifying spot in the first two days.

Purdue now has four male divers qualified, even without star Steele Johnson, who had surgery and turned pro earlier this year.

The other new qualifier on the men’s side was IUPUI’s Krisztian Somhegyi, who took 8th.