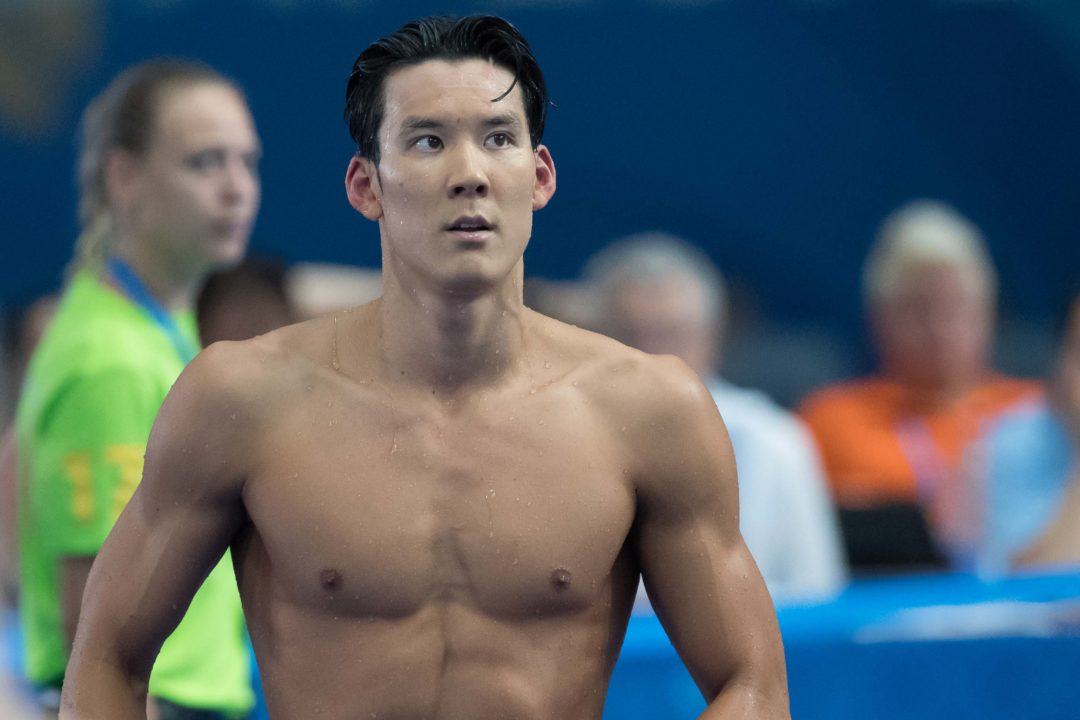 Despite hinting at possible retirement, 2008 Olympic champion Park Tae Hwan of Korea is expected to compete at this 99th Korean National Swim Meet coming up later this month. After bowing out of the 2018 Asian Games due to ‘not being in good enough swimming shape’, the 29-year-old freestyle ace stated at the time, “rather than saying I am retiring, I’d like to take some time to think about my future.”

The man is now among those slated to compete at the Korean Nationals set for October 13-18th, entered to swim the 200m free and 400m free events. If the national record holder indeed shows up and races, he’s a shoe-in for wins and qualification for this year’s Short Course World Championships. At the last edition of the international event, Park took home 3 gold medals, winning the 200m/400m/1500m freestyle. His performance in the SCM 1500m was especially impressive, with his winning mark of 14:15.51 establishing a new Asian Record.

Expected to join Park at Nationals is Kim Seoyeong, the sole Korean to win swimming gold at the 2018 Asian Games. 24-year-old Seoyeong took the top prize in the women’s 200m IM in Jakarta, earning a new Games Record and Korean National Record of 2:08.34 in the process. Seoyeong also earned silver behind Japan’s Yui Ohashi in the women’s 400m IM event.

Kang Jiseok and Lee Juho, who both earned individual bronze medals in Jakarta in the 50m back and 100m back, respectively, are also slated to compete at Nationals, as is An Sehyeon who won bronze at the Asian Games in the women’s 100m fly.