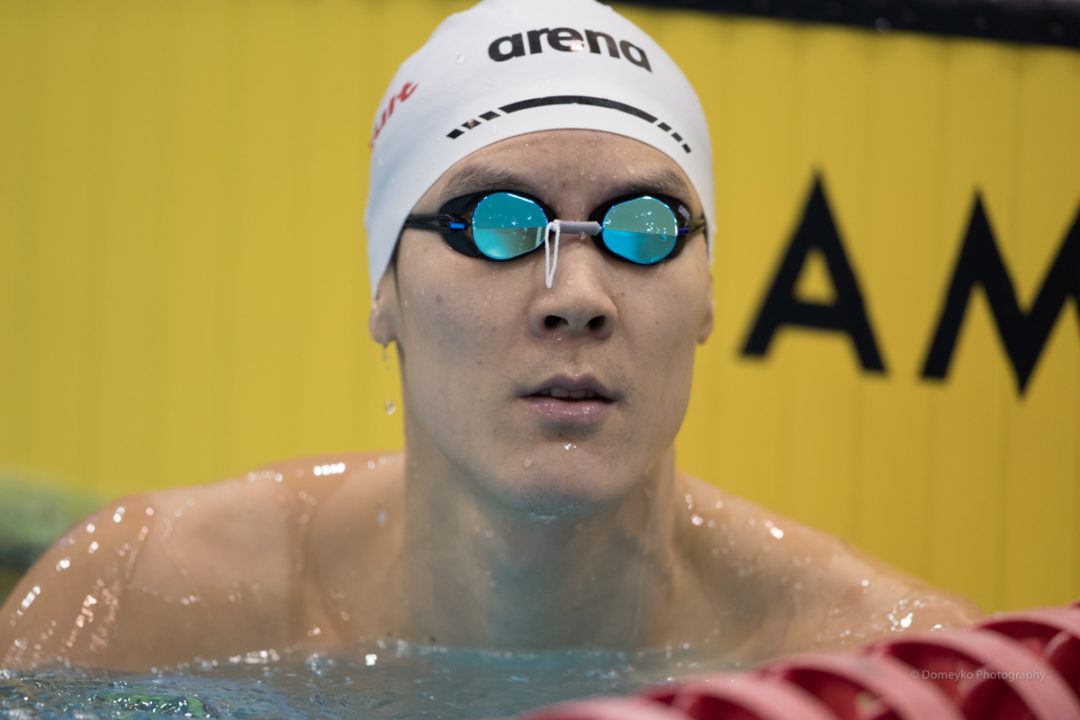 “Rather than saying I am retiring, I’d like to take some time to think about my future," says Park Tae Hwan after announcing he has dropped out of the Asian Games. Archive photo via “Rafael/Domeyko Photography”

Just two days after having been announced to the Korean swimming team headed to Jakarta, Indonesia later this summer for the 2018 Asian Games, 2008 Olympic champion Park Tae Hwan has announced he is pulling out of the competition. Revealed just today, June 29th, Park said that he is not in good enough swimming shape to represent his nation this summer.

“I’ve realised that I am in no shape to post good records. Rather than saying I am retiring, I’d like to take some time to think about my future.” (Eurosport)

Park indeed swam away with 5 medals at the 2014 Asian Games in Incheon, but the results were ultimately washed away due to a positive doping test made public in early 2015.  The Asian superstar served an 18-month ban that rendered him out of the 2015 World Championships and almost out of the Rio Olympics.

With Park out of the Asian Games now, the Korean team will need to depend on its two women powerhouse athletes to bring home some hardware. National record holders An Seyheon and Kim Seoyeong are among the world’s elite in their respective specialty events, with Seyheon ranked 19th in the world in the women’s 100m butterfly, while Seoyeong holds the top spot worldwide in the women’s 200m IM.

Did he dope again and not wanna get caught

Then what’s the meaning of doping?🤔

Sorry for the author, but 2014 Asian Games were held in Incheon, South Korea — not China.