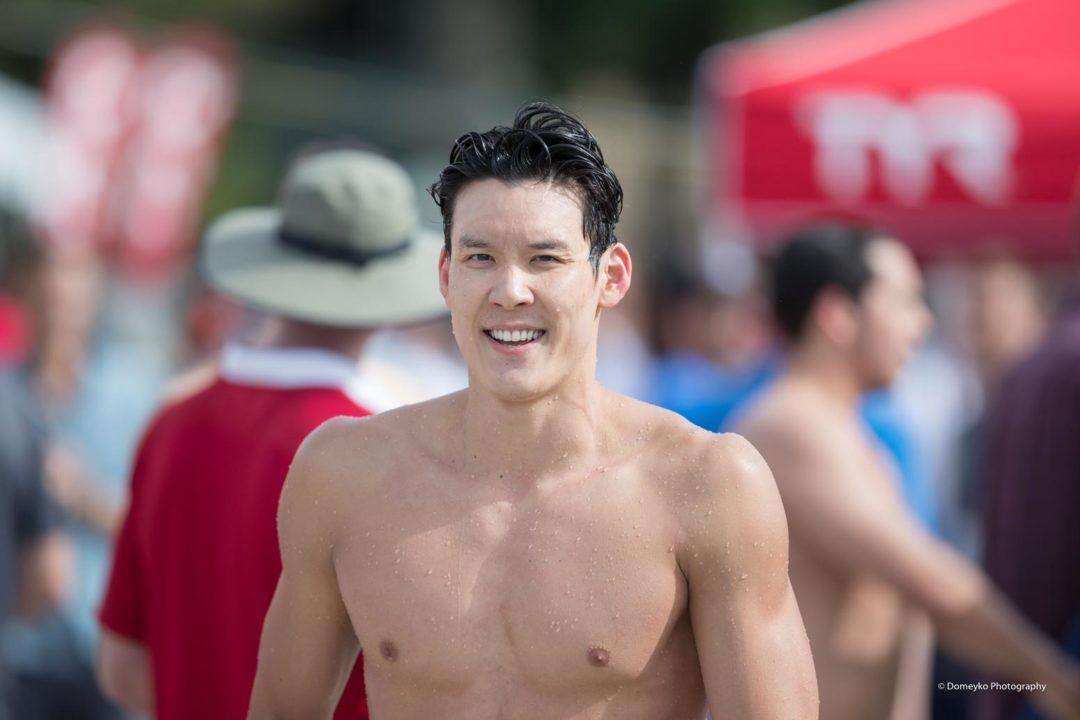 2008 Olympic champion Park Tae Hwan of Korea saw his Asian Games medals stripped from the 2014 edition, but hopes to move on from that history with new performances this year. Archive photo via Peter Sukenik/www.petersukenik.com

The 2018 Asian Games are set to commence on August 18th in Indonesia and the Korean Swimming Federation has confirmed that Olympian Park Tae Hwan will indeed be competing. Although the 28-year-old’s specific events have not yet been revealed, he recently swept an impressive 4 freestyle events at his nation’s championships, taking gold in the 100m, 200m, 400m and 1500m freestyle.

Park indeed swam away with 5 medals at the 2014 Asian Games in China, but the results were ultimately washed away due to a positive doping test made public in early 2015.  The Asian superstar served an 18-month ban that rendered him out of the 2015 World Championships and almost out of the Rio Olympics.

At present, Park holds the world’s 8th fastest 400m freestyle time of 2018 with his mark of 3:46.50 set at Korean Nationals. That time sits as the 2nd fastest among Asian swimmers, positioned only behind China’s Sun Yang, setting up a big battle when the two go head-to-head in Jakarta.

Does Korea have any other top swimmers besides him?

I can’t think of any.