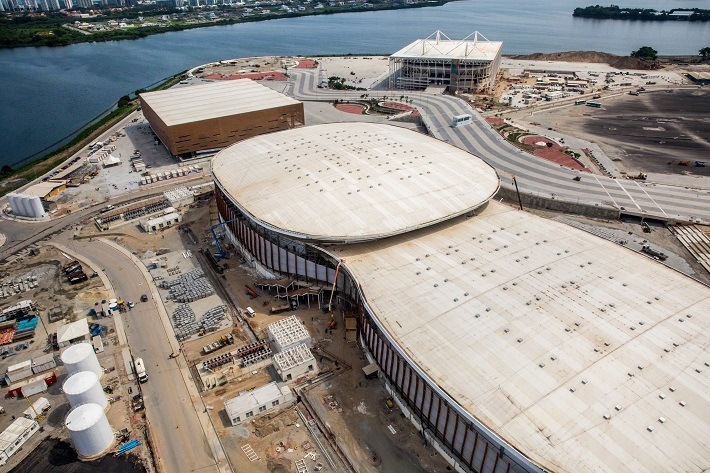 In the latest controversy coming out of Rio de Janeiro, the Brazilian Attorney General has launched an investigation into an... Archive photo via (Photo: Heusi Action/Andre Motta)

In the latest controversy coming out of Rio de Janeiro, the Brazilian Attorney General has launched an investigation into an alleged bribing scheme among lawmakers and construction companies related to the 2016 Olympic Games.

Rodrigo Janot, Brazil’s Attorney General, is probing into claims that Eduardo Cunha, a speaker in Brazil’s two-chamber legislature, received approximately 1.9 million Brazilian reals ($475,000) from OAS, a construction company hired to build the BMX, canoeing and mountain bike venues in Deodoro. OAS was also part of the team who worked on the 8 billion reals ($2 billion) renovation of Rio’s port, high-speed bus lanes, as well as endeavors to clean the polluted waters in Barra da Tijuca.

In the bribing situation, Janot alleges that Cunha spearheaded legislation that would render all of the Olympic-related construction works, as well as imports necessary for the buildings, as ‘tax exempt’. The status would result in tax breaks to the tune of about 3.8 billion reals ($1 billion) for OAS.

Janot also said Cunha used “his position as a lawmaker to craft business-friendly legislation that was against the public interest.” He described Cunha and an OAS executive of being “part of a criminal organization.”

According to the report, “At least since 2012, Eduardo Cunha has been illegally acting on the behalf of corporations, ‘selling’ legislation to benefit them. That shows he can no longer remain in office.”

Cunha has called the allegations “ridiculous” in comments to local media, while OAS refused to comment.

Thomas Bach, President of the International Olympic Committee President, has indicated that his organization would indeed begin auditing funds given to international federations, Olympic organizing committee and National Olympic bodies. Thus far, Rio organizers has received approximately $1.5 billion from the IOC for the production of the 2016 Olympic Games.

The Chief Executive Officer of the Rio Olympic organizing committee, Sidney Levy, has repeatedly said that the Games would be corruption-free and serve as an example of how business in the nation of Brazil can be conducted genuinely.

Is anyone really surprised over this? Its only the tip of the scandals involving these Olympic bids, it’s not just Brazil.

Never saw that one coming.

I know this will come off crass, but it needs to be said. This is the Olympics. The biggest ticket sports item in the world. It’s the biggest event in the world…much bigger than a Super Bowl and nominally bigger than the World Cup. How stupid is a Brazilian politician to have sold out for a lousy $475 grand? The FIFA guys wouldn’t get out of bed in the morning for less than $5 million.

There is & has only only ever been 2 ways to get things moving . Money or an army on your doorstep.

I have been to Brazil mainly Sao Paulo, what you have to understand it is how things get done in Brazil, corruption is a standard business practice and yes there is plenty of corruption in all place U.S included. but not on the scale that you see in Brazil. When a country doesn’t invest in its education system, housing, it workforce i.e technical jobs so they have to bring in skill worker’s from Germany and other country.it will always be a 3 rd class country. they talk about all the low level crime that goes on in Brazil, the biggest crimes are what we call in American White Collar Crimes that a committed by the elite White Brazilian! not the… Read more »

Phew -for a minute i thought you were talking about Chicago .