Hey, It Really Is Mind Over Matter (Or How I Became a Sub-3:00 Minute 200 Freestyle Kicker) 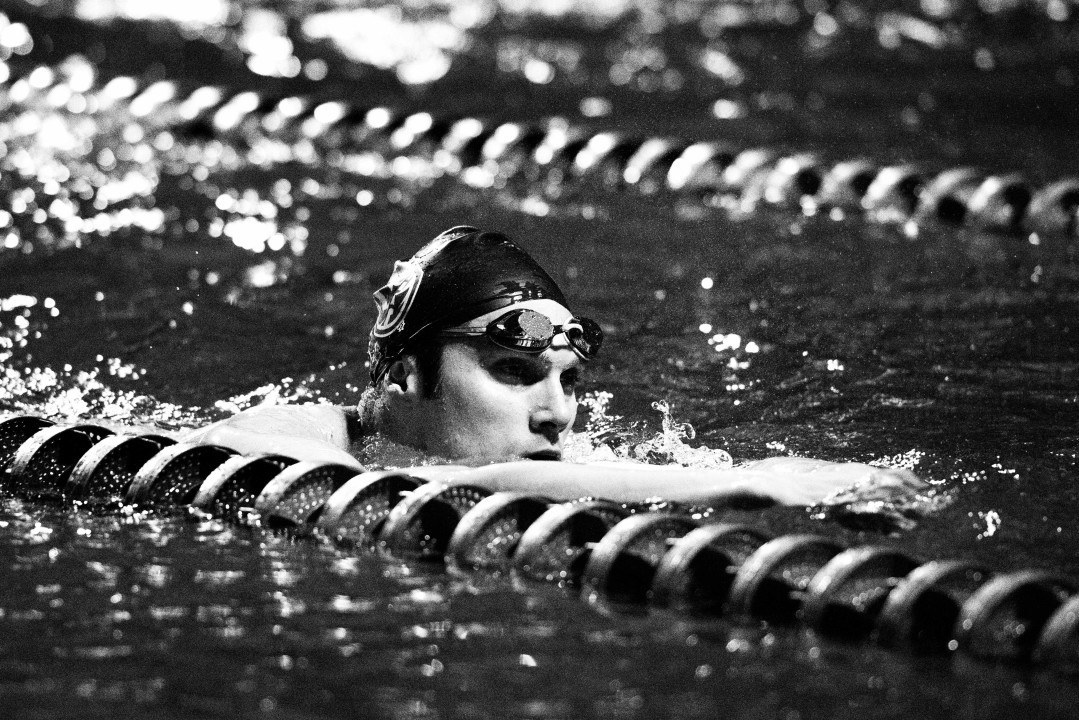 You know those moments in your training where you do something you have never done before? You reach a new height or speed that you never thought was possible? Here is how to harness that powerful feeling so that you can consistently improve in the pool. Stock photo via Mike Lewis/Ola Vista Photography

You know those moments in your training where you do something you have never done before? You reach a new height or speed that you never thought was possible? Here is how to harness that powerful feeling so that you can consistently improve in the pool.

Conventional wisdom has always dictated that our bodies ran out of gas because of glycogen depletion, or complete and utter muscle fatigue, or that we are so dehydrated we cannot lift an arm.

But in reality you will almost never reach this point.

Sure, there will be those workouts that are both physically annihilating and soul crushing, but you are still able to cobble together the energy required to complete a stand-up 200m free sprint at the end. Or summon the energy to lift yourself out of the pool and to the nearest breakfast place to scarf a platter of waffles and eggs.

The reality is that at the end of a tough workout, no matter how difficult it is, you will always have a little bit of juice left.

Research is just really beginning to delve into how this all works, how our brains dictate fatigue levels for us, but you should know it from practical experience.

For a long time I had a hard time breaking 3 minutes for a 200 freestyle kick (with a board, in case you were wondering). One day during practice our pace clock wasn’t set up, so coach was yelling out times and splits during a high intensity kick set.

My coach, who intuitively grasped this concept, started shouting out split times that were faster than I’d ever kicked before. Out in 1:26 at the 100 metre wall. Buoyed by this, I thundered back on the second hundred, finishing in 2:54.

A couple days later, with the pace clock working again, we did another set of descending 200’s kick. I worked my way down to a 2:55 on the second to last one, a 2:47 on the final one. Whammy!

After that practice my coach had a smug, self-satisfied look on his face. As it turned out, he had muddied the splits a little bit the day that the pace clock was broken. He had given out splits that were a few seconds faster than I was actually going, so believing that I had already smashed the three minute barrier, when the 200’s came around again I fully expected to be under that mark.

Although physically nothing had really changed, mentally I believed that I was a sub-3 minute kicker. And that was enough.

What the above example makes clear is that our physical limitations are almost always constructs of our mind. Now, I am not saying that following that line of reasoning I could also kick a two minute flat 200 kick (after all, why stop at 2:47, right?), but it is clear that there are physical limitations to what we can do.

The point is that we don’t know what those are precisely. There is a gap between what we think we can do, and what we are actually capable of.

The best way to close the chasm between what you think you are capable of, and what you are actually able to do is to challenge yourself regularly. While that sounds simple enough, and short of swimming a personal best time every single day in practice – wouldn’t that be the best? – how can we use this tactic to expand our horizons?

Well, you don’t need to throw down a PB in every session, but you should be striving to do things you have never done before.

You get the idea. You don’t need to have a coach fibbing splits to you to expand your horizons (although it certainly doesn’t hurt). The next time you are suiting up on deck, choose to do something that you have never done before and kick its butt.

I have a hard time believing in myself, considering how much I go to practice and how slow I am and how tired I get. Believing in myself is a concept I don’t imagine that I will ever grasp. Any advice?

Stope comparing yourself to others. You’re doing just fine.

If things aren’t progressing then you need to change something. If you are honestly doing everything you believe to be correct and doing it to the best of your ability then you will draw belief in yourself from that.

Doubt stems from not thinking you are doing things correctly or knowing you are not giving 100% in every possible area. Doubt can come from something as simple as not getting enough sleep each night or eating fast food every day.

Eliminate the bad and continuously work on the good and the self-confidence will follow.

Let me encourage you – you are special because God made you that way. Believe in Him, and in his plan for you, whatever that plan might be. Besides, don’t worry about being slow. You will get better. In the grand scheme of things, what matters more is how you love and support your team mates. The fastest swimmer in the world who is a poor teammate will not leave a legacy. But the slowest swimmer can, if he or she makes the swimmers around them better.

Very nice article, very nice advice from the athlete in the article. Great business sense from the young man too.