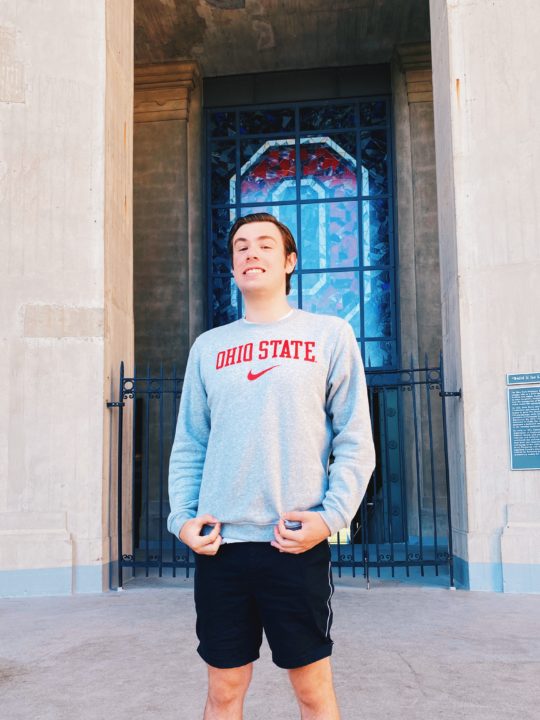 Hansen was UConn's top 500 freestyler last year, and he ranked #2 on the team in the mile and #3 in the 200 free. Current photo via North Hansen

Maddie Ziegert will transfer from Iowa to Iowa State next season. The two campuses are only about 120 miles apart in central Iowa.

North Hansen, initially from West Haven, Conn., and SoNoCo Swim Club, has announced his transfer to Ohio State after UConn eliminated its men’s swimming and diving team. Hansen will have two years left of eligibility with the Buckeyes.

After the heartbreaking termination of the UConn men’s swimming and diving program I am excited to announce that I will be continuing my athletic and academic careers at THE Ohio State University!!! I wanna thank everyone I’ve met along this journey, but look forward to the next two!!! #GOBUCKS

Hansen would’ve finished 12th at Big Tens last year in the mile, and he would’ve squeaked into the 500 free C-final, too. He, Moak, and West Virginia transfer Hunter Armstrong join their #7-ranked incoming class of 2024.

Third, not second – rising sophomore Billy Regan is going to Columbus as well