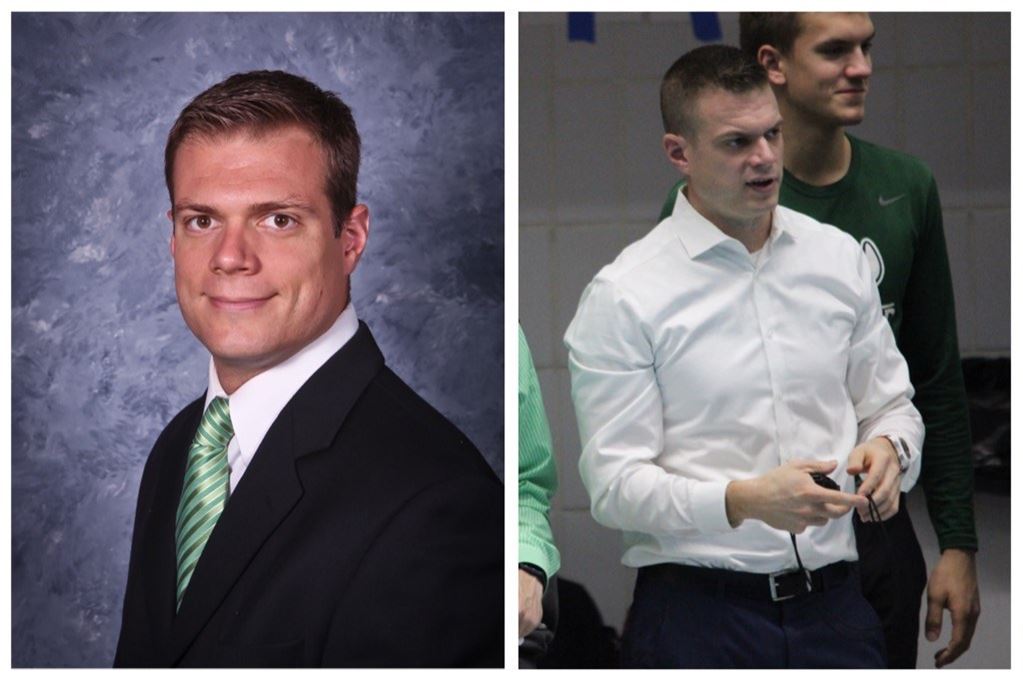 Rapien spent last season as a volunteer assistant at Cal after 7 seasons spent at Division I Cleveland State University in Ohio. Archive photo via USC Athletics

USC has finalized their new-look swimming coaching staff under first-year head coach Jeremy Kipp with the announcement of Kevin Rapien as the program’s newest assistant. Rapien comes to USC after serving as a volunteer assistant with the Cal men’s team last season.

Prior to his stint in Berkeley, Rapien’s last full-time job was as a full-time assistant coach at Cleveland State from September 2012 through February 2019. He also served a brief stint as the team’s acting head coach when Paul Graham resigned before the 2019 Horizon League Championship meet.

This gives the Trojans one more swimming assistant than they had last season under Dave Salo, where Catherine Kase, Chase Bloch, and Jordan Schrotenboer made up the swimming leadership team.

At the 2019 Horizon League Championships, Rapier led the Cleveland State women to a 4th-place finish out of 7 teams, while the men finished 2nd out of 6 teams.

He primarily served as the sprint coach with Cleveland State.

During his time at Cleveland State, the program won 40 conference event titles and 1 team championship (men – 2013). That includes working with 2018 Horizon League Women’s Swimming and Diving Athlete of the Year Molly McNamara. She broke 3 school records and swept the butterfly titles at the 2018 championships.

Rapien also spent 2 years as an assistant at the UNiversity of North Dakota from 2010-2012, and a season as a graduate assistant at Delta State.

As an athlete, Rapien was a 4-time letterwinner and 2-time team captain at Ashland University.

“I am honored and grateful to have the opportunity to continue the rich tradition of success that USC Swimming and Diving has had over decades,” said Rapien. “In speaking with the coaching staff, their passion and commitment to the program makes me excited to jump in and get started.”

Then-head coach Dave Salo was named the 2020 Pac-12 Women’s Swimming Coach of the Year after announcing earlier in the season that it would be his last at USC.

The Cal men, where Rapien was serving as a volunteer assistant, won the 2020 Pac-12 title.

Very impressed with him on an unofficial visit to Cleveland State and through the recruiting process. Extremely genuine and knowledgeable. Congratulations!

So if Rapien is primarily a sprint specialist, who on the new Trojan staff would be a distance specialist? With both Kipp and Maurer having Head Coaching experience, could they cover distance swimmers as part of their portfolio coaching experience? Or, who could talk to Erica Sullivan about returning to USC after de-committing recently.

Don’t sleep on this guy… KevDawg about to take USC to the moon. Watch out ladies!

I just upvoted for the user name.

Couldn’t agree more! I wonder what the temp in the USC hot tub is?

I think Swimswam mentioned earlier that 5 coaches is pretty normal for a combined program.

Yes 5 is normal. Salo normally had 4 for some reason….maybe pay each more?

I think Urbanchek was the unofficial 5th?