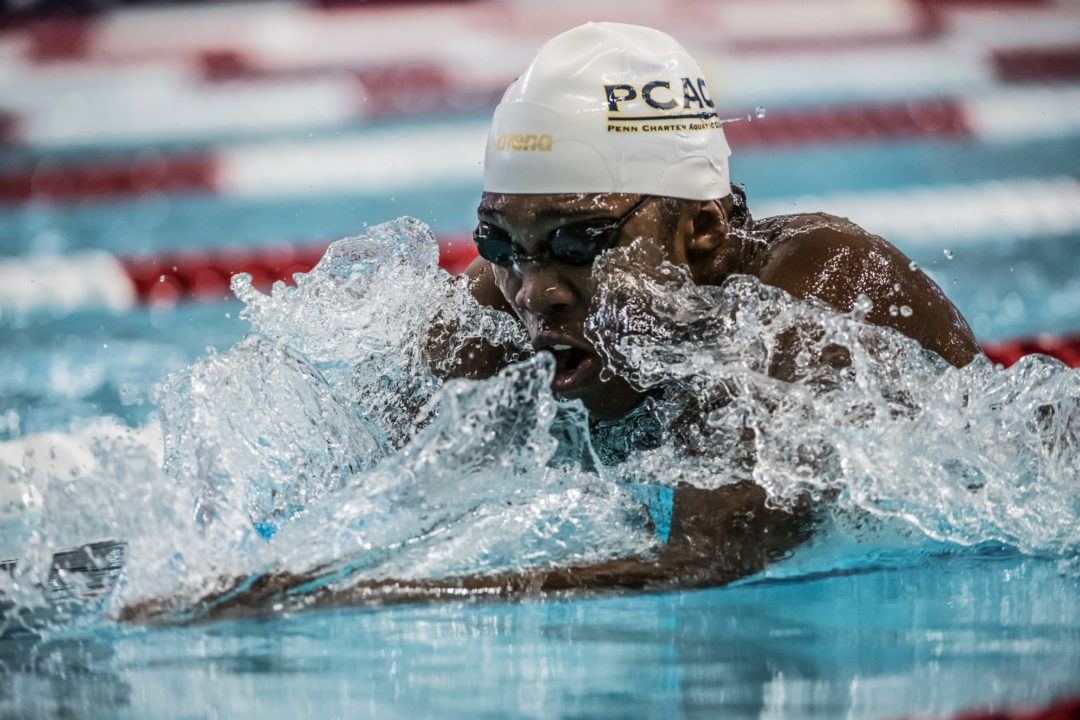 The National Interscholastic Swim Coaches Association (NISCA) has released their All-American lists for the 2017-18 season.

In order to assure themselves an All-American honor, athletes must attain one or more of the ‘All-America’ time standards during the year. Then, swimmers who have hit the ‘consideration’ standard will be added until 100 swimmers are chosen per event.

However, swimmers that achieve the given time standard aren’t automatically slotted in on the All-America lists. Coaches must apply their athletes for the award, with the application period open from November 1st until June 15th each year.

A few of the more notable names finishing atop the rankings in multiple events were Trey Freeman and Reece Whitley, who are committed to swim for Florida and Cal respectively in the fall. Freeman was the fastest high schooler in the boys’ 200 and 500 free, while Whitley finished atop the heap in the 100 breast and 200 IM.

On the girls’ side, Samantha Shelton led the way in the 200 free, Lucie Nordmann was the fastest in the 100 back, and Emily Weiss topped the 100 breast field.

You can find the links for all events, via the NISCA site, below:

The standards for the 2018-19 season have also been released:

All of the standards got slightly faster than they were this past year.

Why the downvotes? There are literally high schoolers who have NCAA A cuts and could A final at NCAAs

Man, two states stand out as being terrible for high school level swimming. West Virginia and South Carolina. How can Alaska produce an All American and South Carolina can’t? Tells you a lot about these two states. States like California (expected), Pennsylvania and Ohio are doing a great job!

Unfortunately, the HS Coach has to submit each time (at least that is how it has been). They often do not do so which is much more than unfortunate for deserving swimmers and it makes these stats inaccurate.

Good point and thanks for the information.