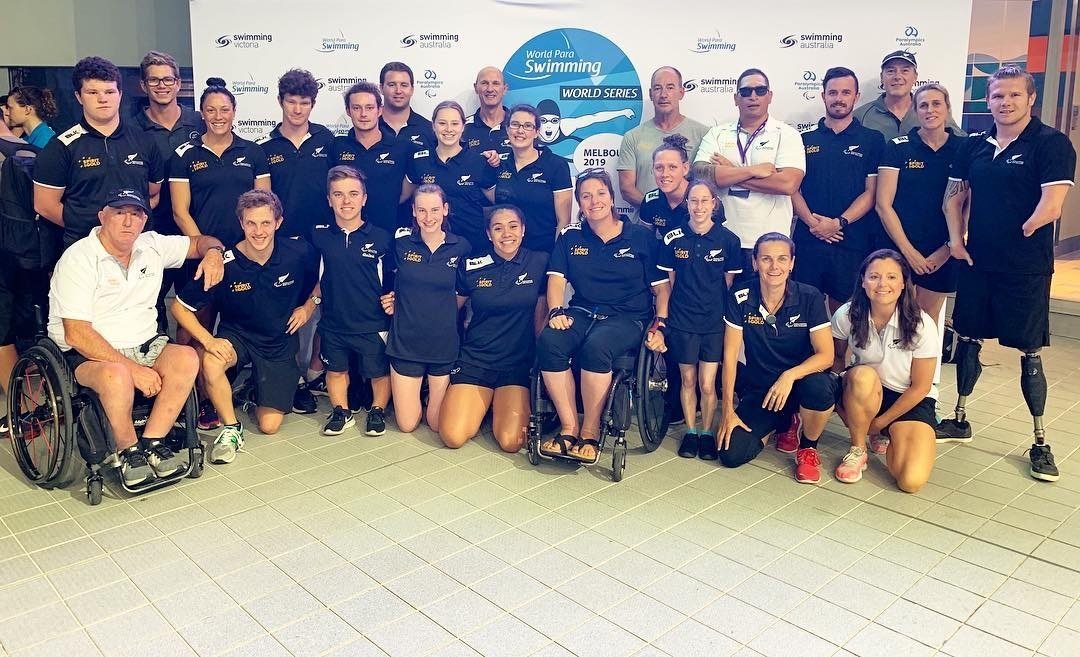 15-year-old New Zealand para swimmer Ella Benn has been honored with one of the first ever ISPS Handa talent scholarships. Current photo via Sandra Benn

ISPS Handa is a Japanese organization primarily known for sponsoring major golf events particularly disabled golf events. Through ISPS Handa patron and former New Zealand Prime Minister John Key, the organization partnered with the New Zealand based Halberg foundation to sponsor two talent scholarships specifically to allow talented physically disabled youth to be able to attend international sporting events. Only two were given out – one to track and field athlete Alyssa Baxter and the other to the swimmer Benn.

Benn immigrated to New Zealand from England 7 years ago and within a year of moving was representing the Canterbury region in Cross Country running – her sport at the time. However, that year she was diagnosed with Osteosarcoma in her left femur, a rare form of bone cancer. Her leg was amputated at the thigh and then via a rare procedure called a Van Ness Rotationplasty, her lower leg and foot were reattached at the thigh. She also underwent 9 months of chemotherapy. During this time, she began swimming in order to maintain fitness as an alternative to running. She started competing at age 11 and was quickly talent spotted by former New Zealand tennis Paralympian Hadleigh Pierson working for Parafed Canterbury – a regional organization dedicated to promoting sport for people with a physical disability.

Benn went on to swim multiple times for Parafed Canterbury at the Halberg Games – a national version of the Paralympics complete with an athlete village. Here she also got to try out archery and compete for her team in addition to swimming. She is a member of the Paralympics New Zealand national development team and attends regular training camps in Auckland. Since her chemotherapy she has had multiple lung surgeries but as she puts it, she “just gets back to training ASAP.”

She first found out she received the scholarship from her mum before seeing John Key – who served as Prime Minister of New Zealand for 8 years up until 2016 – announcing it on social media. Despite initially doubting herself, Benn says the scholarship has helped to truly open her eyes to the possibility of becoming a Paralympian. The award being one of two was a special honor knowing that the organization believed she was worthy of one of the very first scholarships ever.

A major inspiration for Benn particularly in regard to her goals of one day becoming a Paralympian lie in New Zealand Paralympian Sophie Pascoe. Pascoe is New Zealand’s most decorated Paralympian and one of the greatest Paralympic swimmers in history with 9 Paralympic golds and 6 Paralympic silvers across 3 games. While undergoing chemotherapy, Pascoe was introduced to Benn. Pascoe is an inspiration to Benn thanks to her ability to continue to work despite already being the world champion in several of her events and her determination to continue pushing her limits. 4 years on from their first introduction Pascoe continues to coach Benn.

The scholarship was used to help Benn travel to the Victorian Open Championships which doubled as the first event in the 2019 World Para Series. She raced in 7 events across 3 days and finished the meet with 100% lifetime bests. She even raced mentor Sophie Pascoe in one of the preliminaries. She came away with an 11thplace in the 400m freestyle and 12thin the 100m freestyle narrowly missing finals in both finishing as an alternate.

Next on the calendar for Benn are the NZ Open Championships which are taking place in June followed by the NZ Short Course Championships in October.