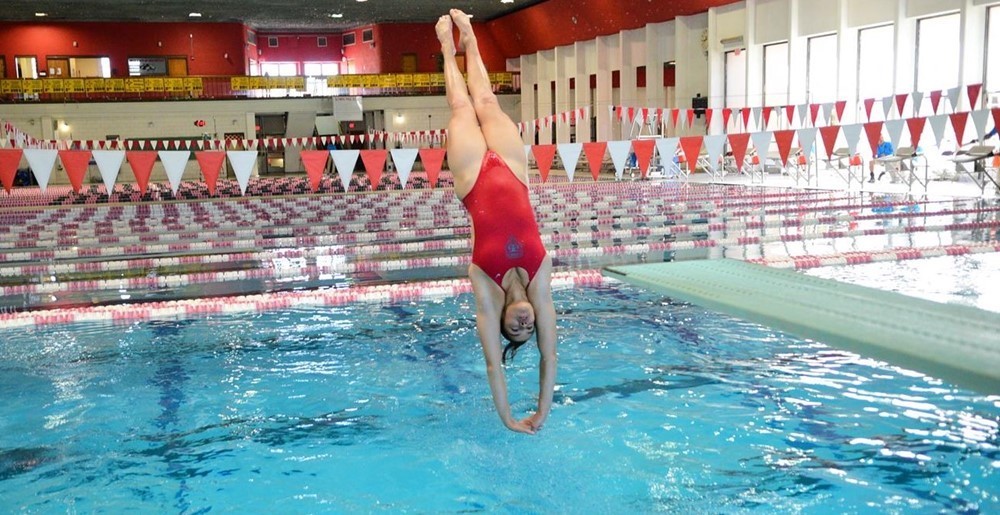 Behind victories in 11 out of 16 events and 29 finishes in the top three on the day, UNM defeated rival NMSU 176.5-123.5 on Saturday to extend its win streak in the rivalry to seven. Current photo via New Mexico Athletics

LAS CRUCES, N.M— Behind victories in 11 out of 16 events and 29 finishes in the top three on the day, UNM defeated rival NMSU 176.5-123.5 on Saturday to extend its win streak in the rivalry to seven as well as its season win streak to three-straight meets and four-straight opponents.

The Lobos swept the relay events with senior Konoha Shinada contributing to both events.

Shinada, junior Breanna Wiercinski along with freshmen Katie Pollock and Hedda Øritsland started off the day with their third-straight win in the 200-yard medley relay with a time of 1:45.76.

In the 400-yard freestyle relay, Shinada, senior Adriana Palomino along with sophomores Matea Sumajstorcic and Klara Farkas claimed the victory, finishing the relay with a time of 3:31.83 to also earn their third-straight win in the 400-free relay.

Aiding the Lobos in their 53-point victory over the Aggies were the five events in which the Lobos finished in first- and second-place in the dual, including two wins by Oristland  and Palomino and two runner-up finishes by Sumajstorcic.

The Lobos will be back at home for their next meet on Feb. 2 at noon against Mountain West school Nevada, which will serve as Senior Day.

LAS CRUCES, N.M. – The New Mexico State swimming and diving squad dropped a 176.5-123.5 decision to Battle of I-25 rival New Mexico at the NM State Swimming and Diving Complex on Saturday afternoon.

“There is a lot of energy and anticipation around the rivalry between NM State and UNM in all sports, however for us we always look at it as an opportunity to race against some of the most talented swimmer on our meet schedule,” said associate head coach Rachel Judge. “There were some genuine moments of greatness today in the pool and on the boards; I cannot remember a time in recent history that we beat UNM in diving on both 1 and 3 meter boards. This group has a lot of grit – we have 3 weeks to prepare to race GCU and then we will be getting ready for the WAC Championships.”

The Aggies started off the day with Barbora Krizanova, Hanna McGowan, Reagan Nentwich and Neza Kocijan finishing second in the 200 Medley relay at 1:45.86, just behind UNM’s squad at 1:45.76. In the next race, the 1000 Free, Moana Houde-Camirand came in fourth, the highest of all Aggies, with a time of 11:03.83.

Next, Grace Laporte (158.38), Airam Oliva-Aun (1:58.39) and Lauren Hemburrow finished third, fourth and fifth respectively in the 200 Free. Freshman Anabel Ivanov was the highest-placing Aggie in the 100 Back, finishing third in 58.68.

NM State then picked up a win from Hanna McGowan in the 100 Breast (1:04.45) while teammate Ashley Reynolds placed second (1:06.26). New Mexico State earned another win in the next race, the 200 Fly with Katherine Harston touching first at 2:06.68. Teammate Lanie McAlpin placed second with a time of 2:08.25. Next, the 50 free saw Kocijan with a second place finish at 24.30 while Makena Sutherland finished fourth at 24.90.

New Mexico State then finished second in the days final event, the 400 Free, with Ivanov, Hemburrow, Oliva-Aun and Kocijan finishing in 3:32.14.

On the diving side, MacKinna Hauff continued her strong senior campaign by picking up a win in the 3m board with a score 286.13. Raina Brommer then won the 1m event at 282.60.

The New Mexico State swimming and diving team returns to the pool on Saturday, Feb. 9, at 11:30 a.m. (MT) when it hosts WAC rival Grand Canyon. The Divers are set to compete in the Air Force Academy Diving Invite on Friday, Feb. 1, and Saturday, Feb. 2, 2019, in Colorado Springs.