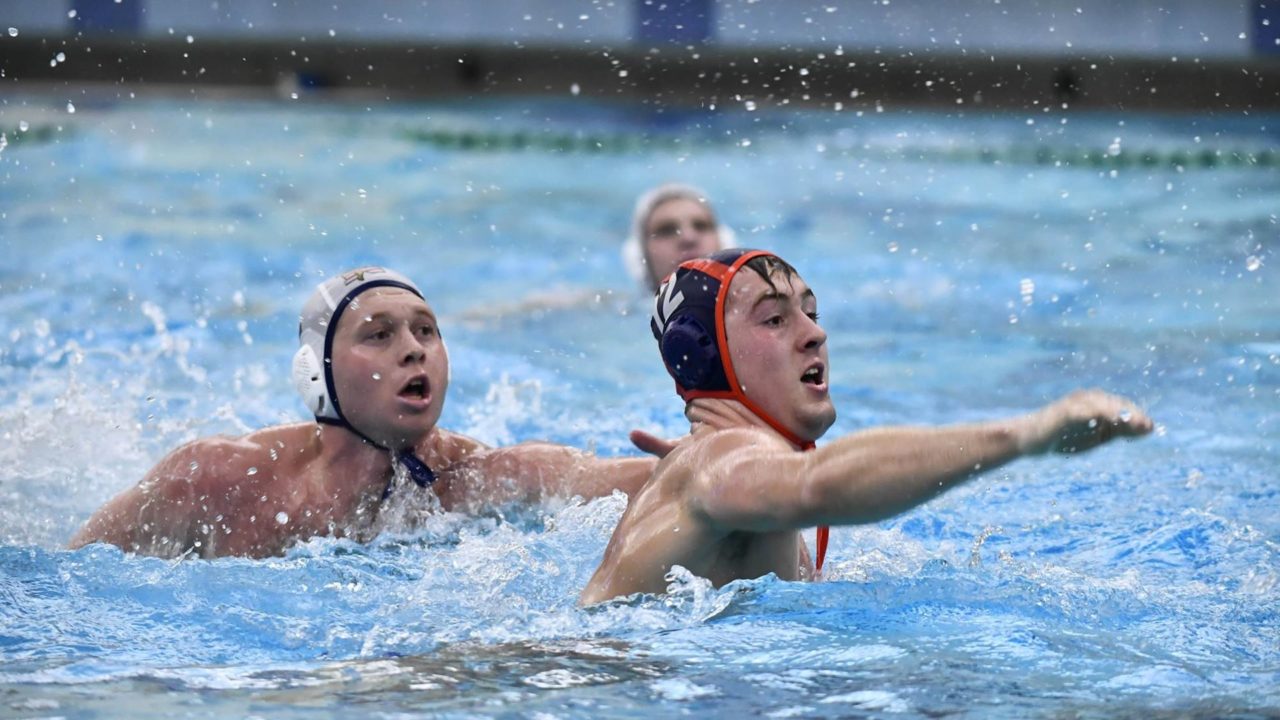 Although there was only one collegiate men's water polo match on Week 13, there were small movements across this week's CWPA Top 20 poll. Current photo via Bucknell Athletics

Although there was only one collegiate men’s water polo match on Week 13, there were small movements across this week’s CWPA Top 20 poll.

UC Davis moved up one spot from 9 to 10. Bucknell, which won the lone match of the week, handing then #9 Harvard its first defeat of the year with a 13-12 decision in the NCAA first round, climbed two spots from #12 to #10. The Crimson, meanwhile, fell three spots from #9 to #12 with the loss.

Princeton and Loyola Marymount swapped spots, winding up at #17 and #18 respectively.

Week 14 action begins with the NCAA quarterfinals on Thursday in Stockton, California, with Bucknell facing off with USC and UC Davis taking on Pepperdine. The winners of those matches move on to face Stanford and Pacific respectively in Saturday’s semifinals. The national champion will be crowned on Sunday.

The USA Water Polo Division III Championship is set for Saturday and Sunday in Whittier, California. On Saturday, the host Whittier Poets take on MIT, while Johns Hopkins is set to play Claremont-Mudd-Scripps. On Sunday, the losers will play in the third place game at 1:30 p.m. ET and the winners will battle for the title at 3:30 p.m. ET. A live stream of all four matches will be available here.