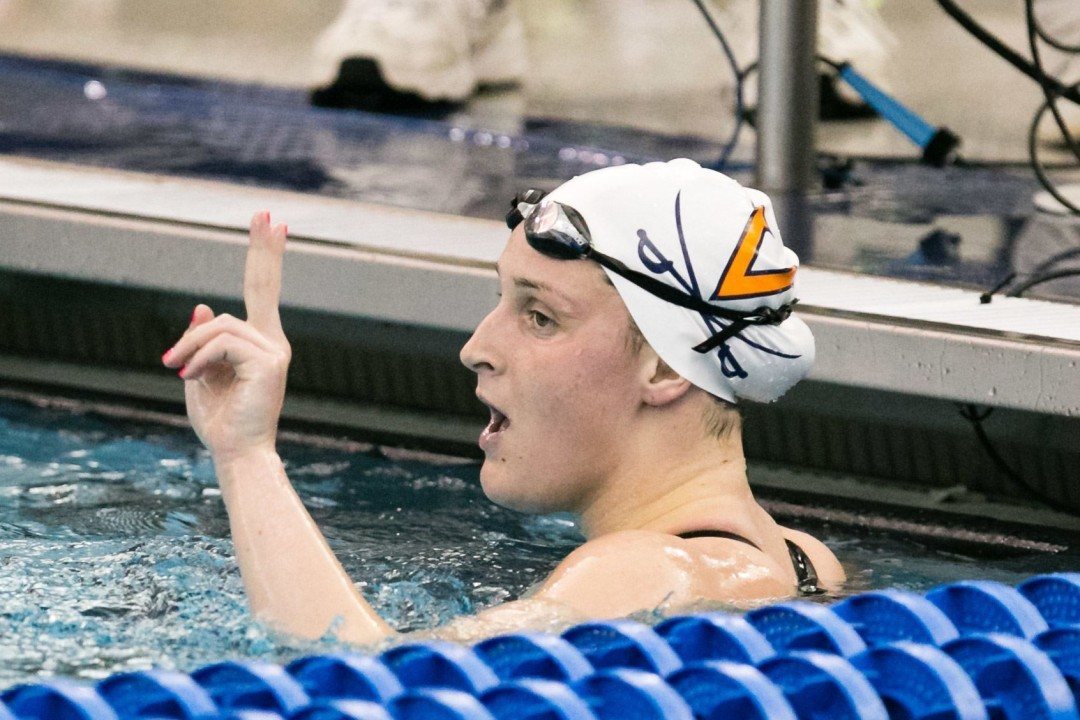 The 2015 women's 1650 yard freestyle NCAA Champion Leah Smith (above) will sit out of its closest equivalent, the 1500 meter free, on Thursday at the Pro Swim Series - Charlotte meet. Archive photo via Tim Binning/TheSwimPictures.com

The oft-overlooked first day of the four-day Arena Pro Swim Series – Charlotte format will feature the non-Olympic women’s 1500 and men’s 800 meter freestyles, and the former of those races saw significant changes at the top of the pile with the release of the pre-meet updated psych sheets on Wednesday.

Smith was the NCAA Champion in the closest yards equivalent to this race, the 1650 free, at the 2015 NCAA Championships as a sophomore, while Thilemann took 3rd in the same race as a junior.

Despite the notable absences, the women’s 1500 still has a loaded field (pending any last-minute scratches). Lotte Friis, who was 2nd to Katie Ledecky in the event at the 2013 World Championships, holds the top seed, but she’s followed by U.S. 10K open water champion Becca Mann, Gillian Ryan, and Venezuelan star Andreina Pinto.

Among the other big names on the psych sheets for the race is Hungarian Katinka Hosszu, who is seeded 9th in the race in 16:31.19. This is not a race that she swims frequently (only three times in the last seven years), though she would appear to have all of the tools necessary to improve upon her best time which was done in February of this year.