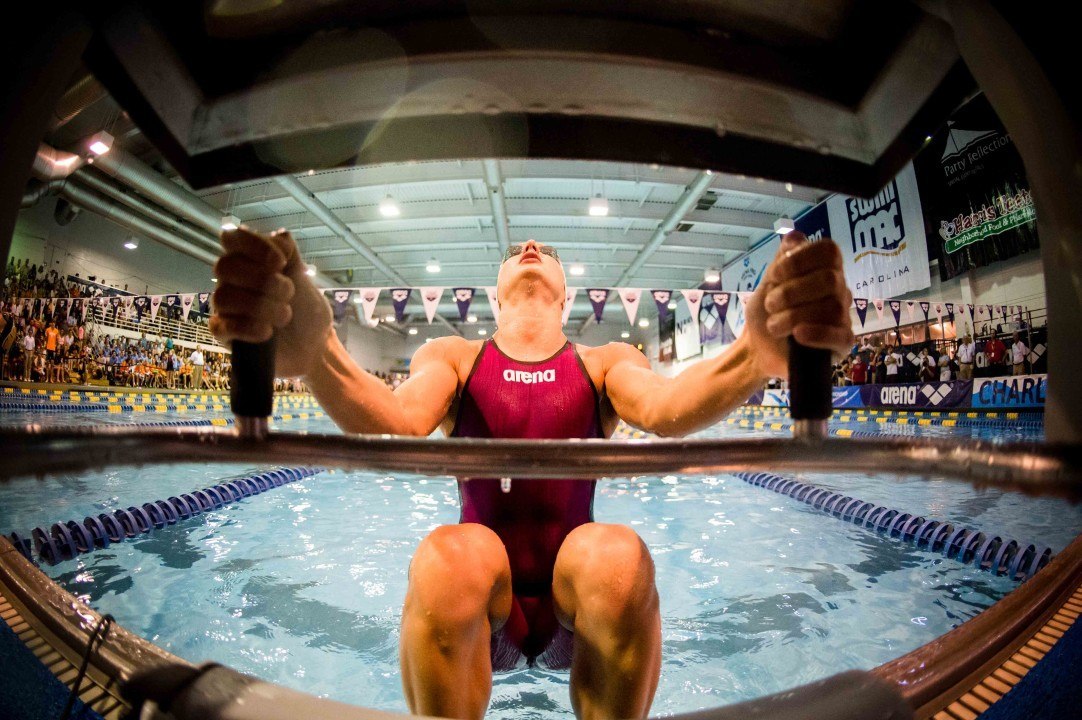 Katinka Hosszu raked in $6,000 on six wins at the Arena Pro Swim Series meet in Charlotte over the weekend, the highest single-meet money total so far this season. Current photo via Mike Lewis/Ola Vista Photography

Hosszu won six of her seven events, and won the B final of her seventh race. That vaults her to the series lead in money earned. The Hungarian has picked up $13,000 in three meet appearances on the tour this year.

On the men’s side, double winners Connor Jaeger and Arkady Vyatchanin were the leading earners. Jaeger won the 400 free and 1500 free, and Vyatchanin swept the 100 and 200 backstrokes. Each pocketed $2,000.

The full money lists from Charlotte are below. These reflect money earned, not necessarily money accepted – college or high school athletes are limited in how much prize money they can receive by NCAA and high school amateurism rules.

Each Olympic-distance event pays out $1,000 to the winner, $600 to second place and $200 to third. Non Olympic distances are not included in these totals.

Where is Elizabeth Beisel and Alia Atkinson? thanks

where is elizabeth beisel and alia atkinson?

where is elizabeth beisel and alia atkinsons? thx

wow, putting it in tabular format really shows how weak the prize money is in swimming for these top athletes. Need more sponsors to boost the awards. By comparison, in track a single Diamond League event awards about $500,000 US. They have a huge attendance advantage though with large stadiums, but also more sponsors, many with higher market cap.

PAC12BACKER – a more apt comparison for Diamond League events is the FINA World Cup, which awards $102,000 at any given meet, plus all of the cluster money and overall money. There, if you were to average last year across 6 meets, $1.872 million, it’s $312,000 per meet.

Diamond League in 2015 is giving out a total of $8 million across 14 meets, which comes out to $571,428 per meet (including all of their equivalent bonuses and stuff). Still a gap, but not nearly as big as when comparing the Pro Swim Series.

Excellent points Braden. Thank you for the additional facts and better comparison..

Diamond League also has appearance fee money that can top performance prize money. Going rate to get Usain Bolt to bless a meet with his presence is reportedly somewhere around $300K USD. A typical nice enough Olympic or World Championships finalist in a popular even can also get $20-$40K USD to toe the line.