Tom Shields has asserted himself as a major player in the long course scene, but it didn't come easy 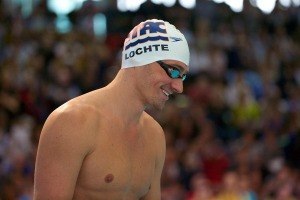 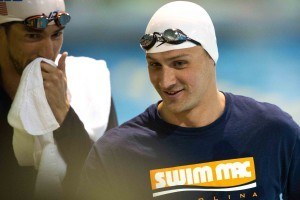 We all remember last summer when he swept the olympic butterfly events at Nationals, highlighted by touching out the one and only Michael Phelps in the 100 fly en route to the victory and national title. Was it just me, or last summer did his stroke look completely different than anything else we had seen out of the underwater specialist? It was as if a different Tom Shields had stepped up on the blocks at that meet.

Since then, I’ve noticed that Tom has kept that stroke. I decided to ask him about it this weekend in Charlotte, where he again was able to nab the 100 fly from Phelps’ grasp, who ended up getting 3rd in the event to both Shields and Ryan Lochte. Tom confirmed that he did, in fact, change his stroke completely to be more accommodating to long course swimming and, in his words, survival.

I like the new Shields stroke, especially when it brings him the success that it has so far. Now the only question is, can he carry this momentum onto the international stage this summer as he represents the red, white, and blue in both butterfly events in Kazan at worlds?

So here is Shield’s 2 fly stroke before (well, at least 100 of it, the rest is Luchsinger): http://youtu.be/vHAfKhMishU And here is Shield’s 2 fly stroke now: http://youtu.be/EEBKlFFOka0 You can see how aggressive that catch is in the 2013 race. I imagine that would be pretty painful to hold on for a 2 fly LC. The 2014 LC race looks good though. He loses a little bit of the connection on that last 50 and the elbows bend a lot when he starts to fatigue, but you can afford to do that when you build over a second lead going into the last turn. If he keeps workin on it I think Shields could be a real threat in the… Read more »

It’s interesting, the number of butterfly strokes out there, just like BR. He’s had this success with this stroke and if I’m not mistaken, Tyler McGill had a much earlier catch as did Wu Peng. Not arguing with the WR holder and current Olympic Champs butter

*or the current Olympic Champ in the 200 butterfly. All good stuff to know. As fast as Chad is, it’s effective, but man his fly is a bit ugly..