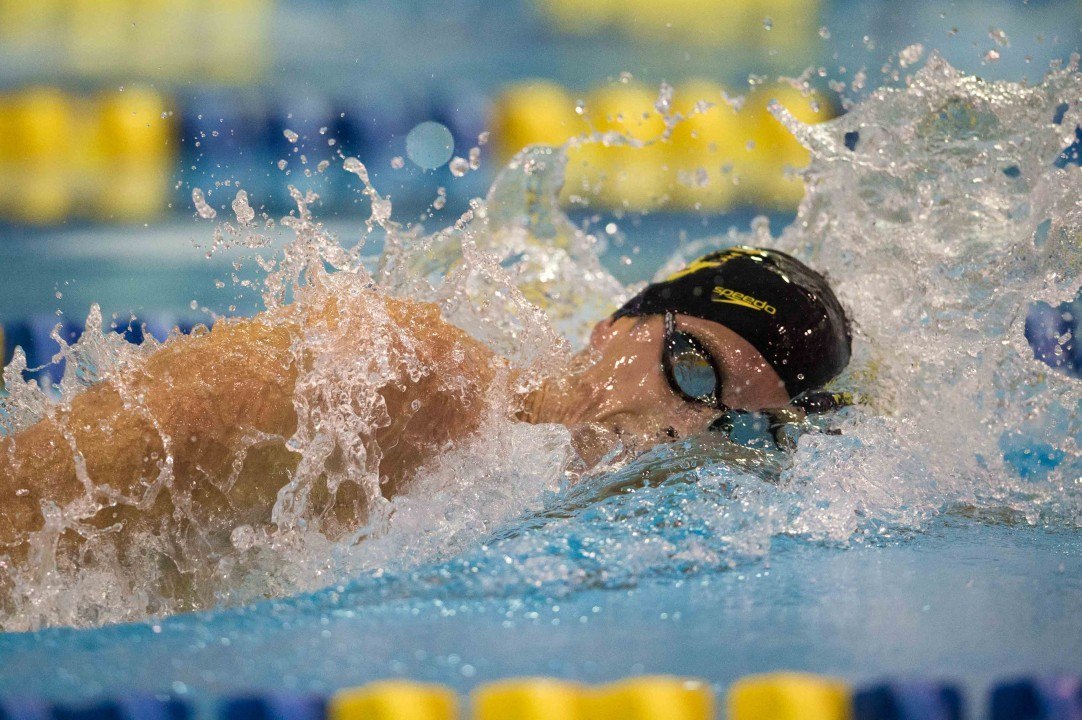 With one stop left on the Arena Pro Swim Series, Conor Dwyer and Katinka Hosszu sit on commanding points leads, putting themselves in the driver's seat for the season-ending $10,000 bonus checks. Current photo via Mike Lewis/Ola Vista Photography

Dwyer has led most of the way through the six-meet series, and now sits 21 points up on his closest challenger, Tyler Clary. This is Dwyer’s first season officially representing Club Trojan, and he hasn’t missed a beat in transitioning to his new training home – Dwyer won this series by just a single point last year, but should win by much more than that in 2015.

Hosszu takes over the women’s lead for the first time this year. She’s only attended three of the five Arena Pro Swim Series events, but has racked up huge point totals at each stop, including an astounding 30-point outing in Charlotte. With that, she leapfrogs longtime series leader Elizabeth Beisel, who did not compete in Charlotte after failing to score at the previous stop in Mesa.

Both Hosszu and Dwyer won the points last season as well.

The overall men’s and women’s points winners will earn a $10,000 bonus from USA Swimming. In addition, the top American man and woman will earn a 1-year lease of a BMW automobile. Dwyer looks like a lock for that prize, and Caitlin Leverenz leads Beisel in that hunt by just half a point on the women’s side.

Leverenz also won the car on last year’s tour, and that race was close too – she nipped Megan Romano by just half a point. The final standings will be decided next month at the tour finale in Santa Clara, California.

They blew it at that website. While on one hand I am glad they ran that essay, their disclaimer was brief at the bottom instead of more detailed, at the top, and in bold. And more importantly, the disclaimer isn’t enough, since they posed the title accurately and wisely as a question, they should have included a counterpoint essay by someone who isn’t seeing the “smoke” that Casey is. I wish SwimSwam had run such an article though the controversy probably scared you off now so it’s probably too late. Also, SwimSwam seems better at moderating comments before they get out of hand than the other website is, where they had to shut down the comments. I think SwimSwam missed… Read more »