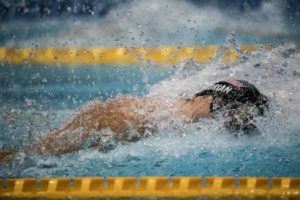 Why Use a High Octane Freestyle Technique?

At The Race Club, we advocate using High Octane Freestyle recovery in the sprint (50 meter) event and at the end of all freestyle (and IM) races. 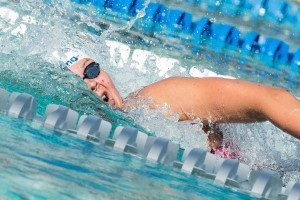 What Octane Rating Do You Have on Your Freestyle Recovery?

At The Race Club we use the analogy of Octane ratings in gasoline to describe the different arm recovery motions in freestyle. 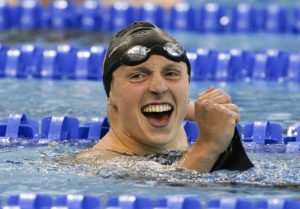 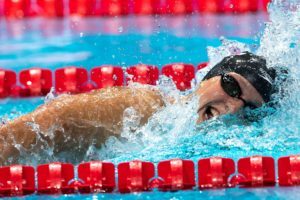 Lotte Friis
Lotte Friis is a Danish swimmer sponsored by arena swimming. She was born on Feb. 9, 1988 in Blovstrød, Denmark. Friis is a veteran distance freestyle specialist, having swum in international competitions since her 2003 debut. She’s also a two-time Olympian, Olympic bronze medalist and a two-time World Champion.

Knee surgery
Standing around 6’0″ Friis has dealt with knee pain earlier in her career due to one of her legs being 1.5cm longer than the other. To correct the pain she underwent knee surgery in 2005, and was 100% by 2007, just in time to qualify for her first Olympic Games.

2008 Beijing Olympics
Prior to the Beijing Olympics in 2008, Friis had spectacular swims at the 2008 World Cup, which put her in a good position for the Games. She brought sprint-heavy Denmark back a bronze medal in the 800m freestyle in Beijing, and she also swam in the heats of the 400m freestyle.

Denmark’s Sportsman of the Year Award
Friis had a successful year in 2009, picking up a gold medal in the 800m freestyle at the World Championships, finishing second in the 1500m freestyle. In the same year she also broke the short course world record in the 1500m freestyle, which helped her earn Denmark’s Sportsman of the Year Award. She kept her streak throughout 2010, picking up medals at the World Cup and winning both distance events at the European Championships in Budapest.

2012 London Olympics
In 2012 Friis had a so-called “flop” at the Olympics, finishing fifth in the 800m freestyle and fourth in the 400m freestyle when her chances to win a medal were a sure thing. Her disappointment in London made her decision to continue swimming difficult, and she planned to retire in 2013, but instead chose to avenge her performance, and train for her third Olympic Games.

Comeback for Rio
After deciding to cancel retirement plans, Friis gained the passion back for swimming. She immediately won two silver medals at the 2013 World Championships and has been training in the U.S. with the North Baltimore Aquatic Club in Maryland. Now more than ever, Friis has been focusing on her life after swimming with hopes to get an education in TV and media production. After Bob Bowman accepted the head coach position at Arizona State University, Friis decided to stay at NBAC to train under the new head coach, Erik Posegay. At the 2015 World Championships, Friis missed out on the podium with a 4th and 5th place finish in the 1,500 and 800 meter freestyle.

In November 2015, Demark selected Friis and four others for the Rio Olympics based on their results at the European and World Championships during the year. At 28 years old, it will be Friis third time at the games.

Friis finished 7th in the finals of the 800M Free.