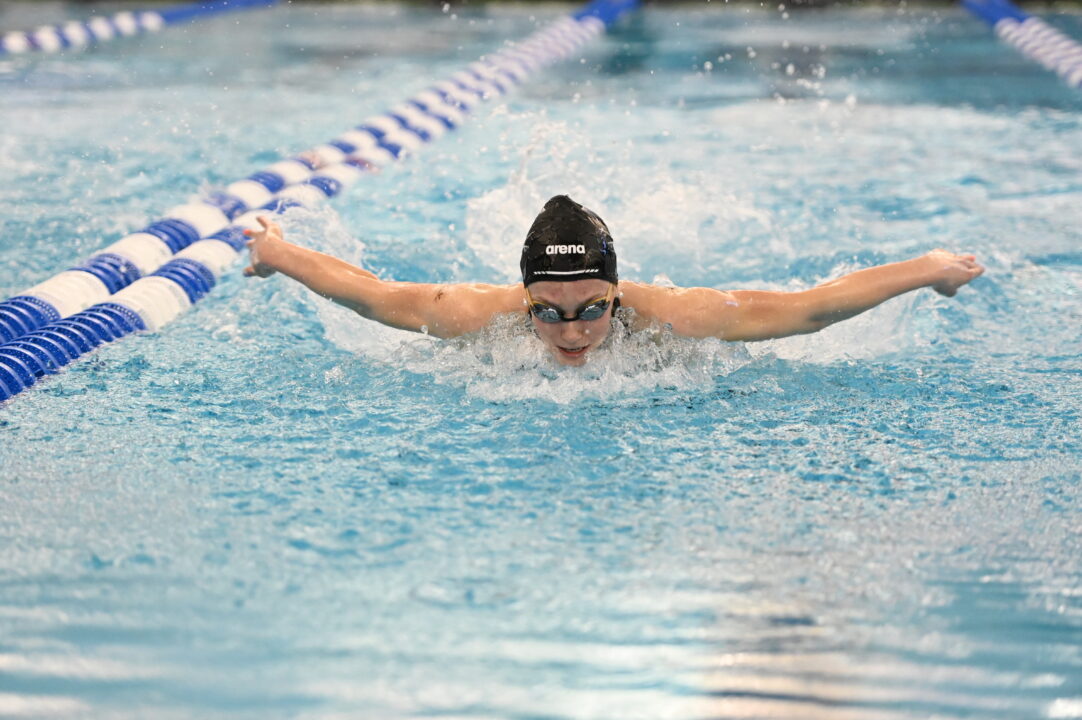 Virginia is going into night 3 with 7 'A' finalists while 2nd, 3rd, and 4th place teams NC State, Texas, and Cal each have 4 swimmers in the 'A' finals. Current photo via Courtesy of the NCAA

After Thursday’s finals session, the top 3 schools are slightly behind the team standings we predicted. Texas, Michigan, Kentucky, and Louisville, however, are scoring higher than expected. Most drastically, our psych sheets prediction figured Louisville would be at 14 points after the 400 medley relay but they actually scored a total of 62 points.

If we score this prelims session, Michigan, Virginia, Kentucky, Louisville and UNC are slated to score much higher than expected. The cardinals specifically seem to be performing much stronger in the water than the psych sheets predicted. Using our scored prelims Louisville would have a total of 67 points after tonight’s individual events, more than double what we had them down for.

In the 100 fly ‘A’ final, both Virginia has top seed Kate Douglass and #8 Lexi Cuomo while Michigan has Maggie MacNeil, who tied the NCAA record in the event in 2019, and #6 Olivia Carter. This is the only race tonight where two schools each have two swimmers in the ‘A’ final and there is no doubt that it will make a significant difference in team standings. After last night, Michigan was in 9th place overall.

Virginia is looking to extend their lead over NC State, which was of 60 points last night, while NC State is projected to narrowly fend off Cal.

Here’s the points breakdown if the swimmers maintain their places from the morning. Note that these do not include diving or tonight’s relays.

When do the diving points get added in?

Kinda insane to see Stanford sitting at 10th on the projected scores and 12th currently. Regardless of their red shirt deferrals, I’d still think they were better than 10th

Yeah seeing them getting bounced off by 9 teams is… 😬😬have to think even next year with regan, torri, and maybe ruck they still won’t be good enough since UVA also gets Gretchen. Seems like that Stanford 2018 recruiting class has been disappointing outside of Ruck

Allie Raab has been very good, but breaststroke got ridiculously fast lately. Lucie Nordmann had a very good freshman year and a decent sophomore year (her best swims freshman year were at ncaa so it’s hard to tell in 2020) but had surgery this year and didn’t swim. Anya Goeders and Amalie Fackenthal have been solid. Morgan Tankersley has been great at Pac 12s but hasn’t been as good at NCAAs. This year I think Stanford’s lack of a midseason incite hurt them a lot because they had to taper most of their swimmers for Pac 12s just to make the meet.