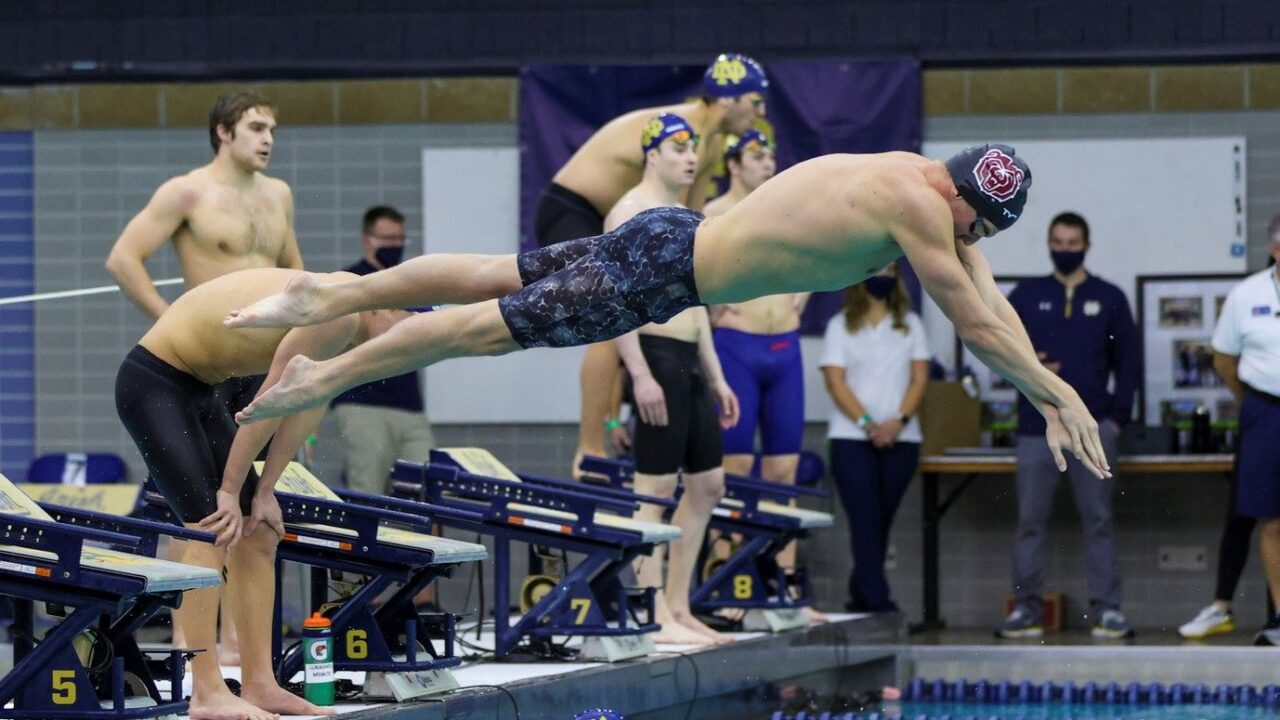 TERRE HAUTE, Ind. – The MSU men and women swimming teams were both victorious in their dual meets Friday evening in Terre Haute, Ind.

“We got three good wins today,” Head Coach Dave Collins said. “With this being our last meet before the conference championships, we are looking to finalize some events for our athletes and get final racing in for others in their primary events. I felt like we responded well today coming off the bus ride, but hopefully, we will look a little crisper tomorrow.

On the women’s side, Grace Beahan highlighted the day’s efforts as she recorded a personal-best 4:30.69 to win the 400 IM. It was Beahan’s first time swimming the event in her collegiate career.

Ulyana Zubina won the 100 fly (55.73) for the first time in her collegiate career, while Sydney Radloff finished fourth with a personal-best 56.43.

Libby Howell won the 200 free, edging out Emily Webb of Indiana State by just two-hundredths of a second with a time of 1:51.71.

Alessia Puleo joined the victory party for the Bears as she won the 100 breaststroke in 1:03.49.

The relay squad of Anna Lucas, Ulyana Zubina, Jordan Wenner and Sami Roemer finished second in the 200 Freestyle Relay with a time of 1:36.10.

The men’s got their day started with a win in the 400-medley relay as Robbie Hill, Michael Hampel, Pawel Krawczyk and Arthur Curry saw a 3:19.51.

Robbie Hill followed up his relay performance by winning the 50 free with a personal-best time of 20.93. Hill then won the 100 backstroke edging out Christian Thomas of Xavier by 35 hundredths of a second with a time of 49.42.

In the 100 breaststroke Michael Hampel recorded the win after swimming a 55.46 while Jimmy Doromal was the runner-up with a personal best time of 56.74.

James Vaughn had a nice showing in the 100 fly as he swam a 49.78 to finish the event in second place.

Both teams will be back in action tomorrow with start time set for 10 a.m.