Mike Alexandrov, Kyle Bubolz and Bruno Barbic, who together with Matt Grevers comprised the 2007 NCAA Champion and NCAA record-breaking 400 medley relay, have been elected to the Northwestern Athletics Hall of Fame as members of the Class of 2014. 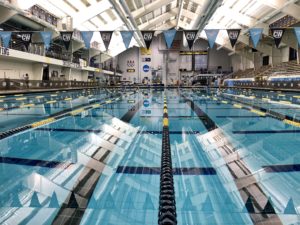 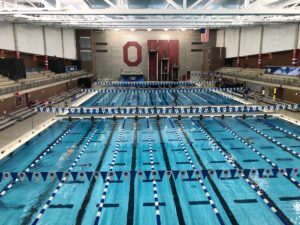 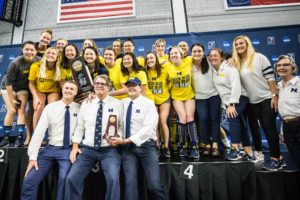 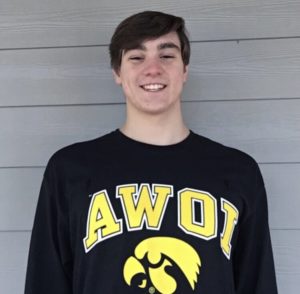 Gonzalez committed to Iowa days before finishing 2nd at the Georgia High school 6A-7A State Championship meet over the weekend. 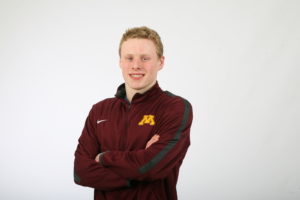 Jackson Brown attends Maple Grove High School, about 20 miles from the University of Minnesota campus. He’s scheduled to arrive in the fall of 2021.

Pac-12 champion swimmer Cameron Craig, now of the Ohio State Buckeyes, has been arrested again on new charges of driving under the influence.

Mike Alexandrov, Kyle Bubolz and Bruno Barbic, who together with Matt Grevers comprised the 2007 NCAA Champion and NCAA record-breaking 400 medley relay, have been elected to the Northwestern Athletics Hall of Fame as members of the Class of 2014. 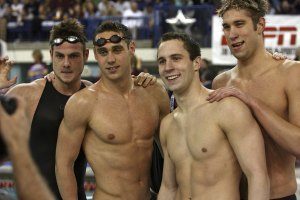 The trio joins Grevers — previously inducted in 2012 — in the Hall of Fame as the first set of national championship teammates to be elected together since the women’s tennis NCAA doubles team of Katrina Adams and Diane Donnelly Stone were inducted in 1997.

During a 2007 season in which the Wildcats won three event national titles and finished sixth in the nation for their highest program result in modern times, the four most dominant Northwestern swimmers of an era came together to win the school’s first relay national championship since 1932. With Grevers swimming the leadoff backstroke leg, Alexandrov on breaststroke, Bubolz on butterfly and Barbic swimming the freestyle anchor, the Wildcats shattered the then-NCAA record with a time of 3:04.40 to stand as national champions. That record would fall during the “super suit” season of 2009, but it’s significance at NU will stand forever.

Northwestern had been in the lead in the 400 medley relay following three legs at previous NCAA Championships, but it was the addition of the transfer Barbic prior to 2006 that brought the Hall of Fame team together.

While they were elected as a group, they will be enshrined as individuals. Alexandrov added a 100 breaststroke national championship and an NCAA record of his own in that event in 2007. All told, Alexandrov (24), Bubolz (19) and Barbic (9 in just two years at NU) combined for 52 All-America accolades in their careers.

Read more about each new Hall of Fame member’s career accomplishments below:

Alongside classmate Matt Grevers, Mike Alexandrov was part of the greatest 1-2 punch in Northwestern and likely Big Ten history. A breaststroke and individual medley specialist, Alexandrov broke the NCAA record in the 100 breast to win the 2007 national championship in the event while also swimming the breaststroke leg on NU’s NCAA-record-breaking national title 400 medley relay in the same year. Northwestern finished sixth in the country that year, its best national effort in the modern era.

For his career, Alexandrov recorded three individual podium finishes at the NCAA Championships, 24 total All-America honors and was a four-time first-team All-Big Ten selection. He was NU’s first breaststroke national champion since Don Horn in 1933. Alexandrov was a part of 14 Big Ten championships and established three conference records during his collegiate career. In 2007, he beat out Grevers to be named the Big Ten Swimmer of the Championships.

Alexandrov is a two-time Olympian, competing twice for his native Bulgaria in both the 2004 Athens and 2008 Beijing Games. Following Beijing, Alexandrov changed his swimming citizenship to the U.S. and has been part of the USA Swimming system since.

Bruno Barbic transferred to Northwestern as a junior in 2006 and earned one national championship, four Big Ten championships and nine All-America honors in just two years as a Wildcat.

Barbic spent his first two collegiate seasons at Washington, then came to Evanston where he anchored the best medley relay in the nation. Teamed with Matt Grevers, Kyle Bubolz and Mike Alexandrov, Barbic was part of the 2007 NCAA Champion 400 medley relay that finished in a then-NCAA record time of 3:04.40. He also earned All-America status with the 200 and 400 free relays, and individually had All-America results in the 50 and 100 freestyle events. That year he helped NU to a sixth-place national finish, its best in modern history.

Barbic won the 100 freestyle at the Big Ten Championships in 2007 while also touching first as the anchor leg of the conference champion 200 free, 200 medley and 400 medley relays.

In 2008, Barbic picked up four more All-America awards in the 50 free, 100 free, 200 free relay and 400 free relay. He graduated owning four Northwestern school records in addition to his NCAA mark in the 400 medley relay.

Kyle Bubolz earned 19 All-America honors, 12 Big Ten Championships and one national title during his career at Northwestern. A member of the 2007 400 medley relay that won the NCAA title with an NCAA-record time, this accomplished butterfly specialist was one of the fastest swimmers in the stroke in NCAA history at the time of his graduation.

Bubolz won four individual conference titles during his career comprising three-consecutive in the 100 butterfly from 2005-07 and the 50 free crown in 2008. He twice finished fourth in the nation individually in the event, with his time of 45.74 in the finals in 2008 ranking him as the 10th fastest 100 fly swimmer in NCAA history.

Bubolz was an All-American in the 100 fly in each of his four seasons as a Wildcat. He added two more individual All-America awards in the 50 free and the 100 free as a senior in 2008. The balance of his 19 All-America accolades came with 13 NU relays.

Bubolz’s prowess in both the sprint free and butterfly also made him a crucial member of eight conference champion relays during his career. He graduated with six school records–all of which he still currently holds. His efforts in 2007 aided NU’s sixth-place national finish, the highest for the Wildcats in their modern history.