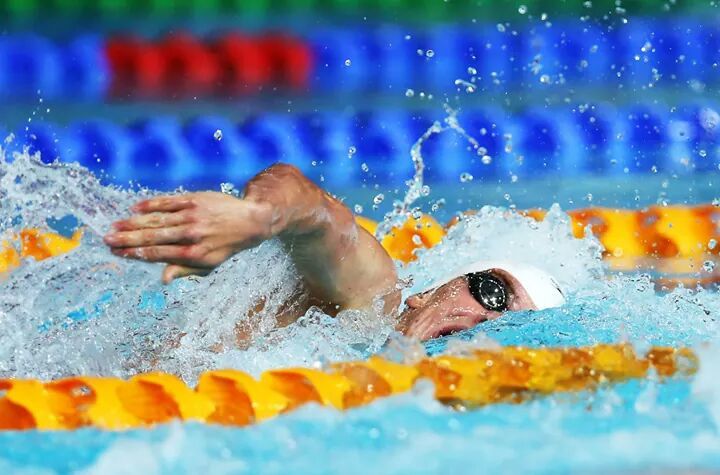 In recent news Canadian freestyle swimmer Will Brothers will be joining the University of British Columbia squad starting this January, brining more talent to the current second place ranked team in the CIS.

Brothers will be moving to the National Training Centre in Vancouver come December where he’ll be training amongst some of the top swimmers in Canada. The training centre is located at UBC and trains alongside the UBC varsity team, where Brothers will be competing starting during the second semester at UBC.

Brothers freestyle talents will be a huge bonus for the program. He’s already had plenty of international experience including making the 2013 World Championships team in the 1500 freestyle where he finished 25th overall in the heats.

Recently, Brothers qualified to swim for the Canadian national team at the 2014 Pan Pacific Championships in Gold Coast, Australia. He finished second in the 1500 and picked up a bronze in both IMs at trials in order to qualify for the team.

Heading into CIS competition Brothers will be a threat for a win in the 1500 right off the start. Last season, the event was won by Calgary’s Tristan Cote who swims a 15:39.74 1500m freestyle in long course meters. Cote’s short course 1500 is better at 15:05.16, however with long course finals at this year’s CIS Championships he’ll have to contend with Brothers who’s proven to be faster in long course meters with a personal best of 15:02.48.

The 1500 looks like it could go to Brothers, but he’ll have some stiff competition in the 400 with the likes of recent UBC transfer Keegan Zanatta who won the event last year. The most important factor that will be in Brothers favour is the fact that finals will be held in long course meters; with his international experience there’s no doubt that it will give him an advantage over other competitors.

“Having a swimmer of the quality of Will Brothers joining us mid-season is a huge boost to our men’s team quest of challenging for the CIS Championship in February,” said head coach Steve Price.  “He can cover off middle to distance free along with the IM events. Not only is he great young man, he brings international experience competing at the World Championships, Commonwealth Games and Pan Pacific Championships the last two seasons.  The guys are very exited to have Will join the Thunderbirds and he will fit in immediately.”

There’s no doubt that Brothers’ place in the team will aid UBC’s chances of winning the CIS Championships this season. With their closest competitors being the current number one ranked University of Toronto, the edge of having another national team member on the roster could be the deciding factor.

“I am super excited to come represent UBC both on the varsity stage and hopefully internationally,” said Brothers. “Victoria has been great to me and I’ve had a great time working with the staff and swimmers here but i feel like UBC is the right place for me both athletically and academically. I really respect to the program there and I think it’ll be a great fit for me. I’m looking forward to adding my skill set to the best varsity team in the country at CIS and representing HPC Vancouver at the National Championships.”

This is a huge win for both the ‘Birds and the Vancouver training center. Coach Price’s men’s team is on the right track to becoming as dominant as his women’s team is.

With Allen, Kisil, Peddie, Reilly, Milosevic, Zanatta, and now Brothers… Too bad they aren’t in the NCAA they could be great contenders!

Steve Price needs to shut his mouth with this “quest to win CIS.” There is only two teams in the country that can even send a full roster at this point. Both happen to get benefits of the National Training Centres. Big surprise.