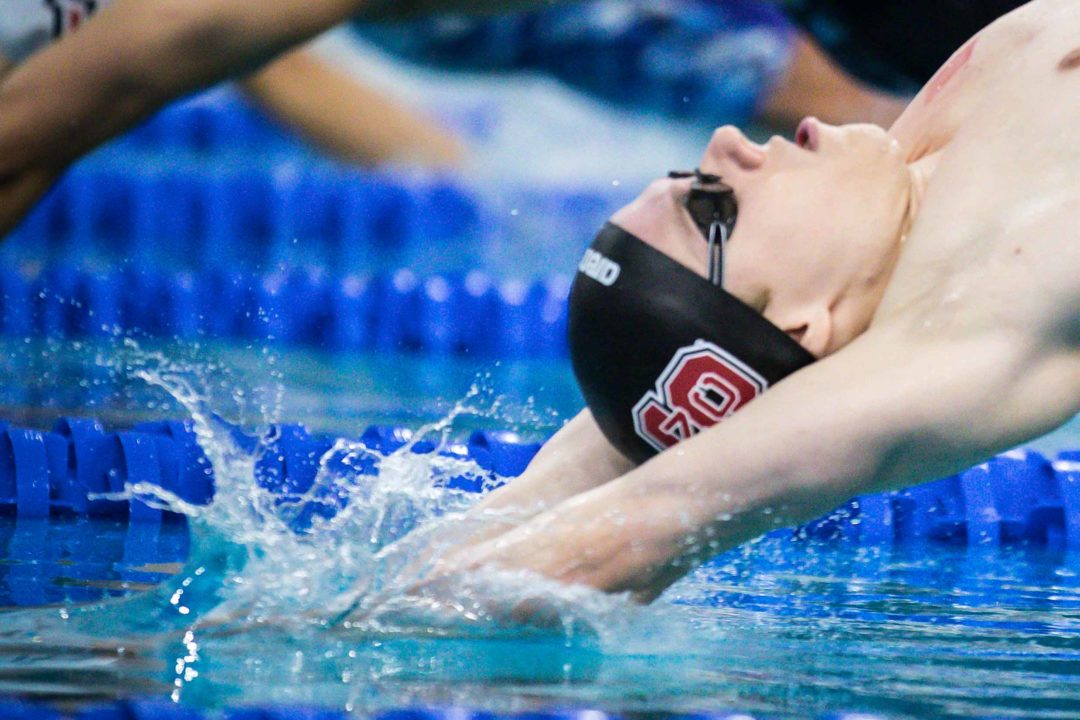 Noah Hensley, who has been granted an extra season of NCAA eligibility, has been named as 1 of 7 captains for the 2019-2020 season. Archive photo via Jack Spitser/Spitser Photography

The NC State Wolfpack have named 7 captains for the 2019-2020 NCAA swimming & diving season.

Hensley, Stewart, Perry and Lapteva are all seniors, while Knowles, Poole, and Moore are juniors.

NC State swept both the men’s and women’s ACC Championship titles as a team last season. The men placed 4th at the NCAA Championships, while the women placed 7th. The women’s team have added National Team swimmer Katharine Berkoff to their roster for the 2019-2020 season.

In the past, NC State has announced their captains at the end of previous years, but this year they waited until closer to the start of this season to this year.

The team kicks off its season with the unofficial “Wolfpack Games” event on alumni weekend on September 27th. Their first true dual meet will be against South Carolina on October 25th.

Why is is that the fastest or most successful people are always the captains? Can’t college coaches look past success to define leadership?

I think most schools vote on the captains. Olga Lapteva is one of the captains and I believe didn’t even make the travel team.

In many cases the fastest teammates are also the hardest working and most dedicated to the team. Making them the ideal candidates to become team captain.

I wish this was true for my team. Our coaches are wack and picked the captains. We had no say in it and most aren’t happy with the decisions