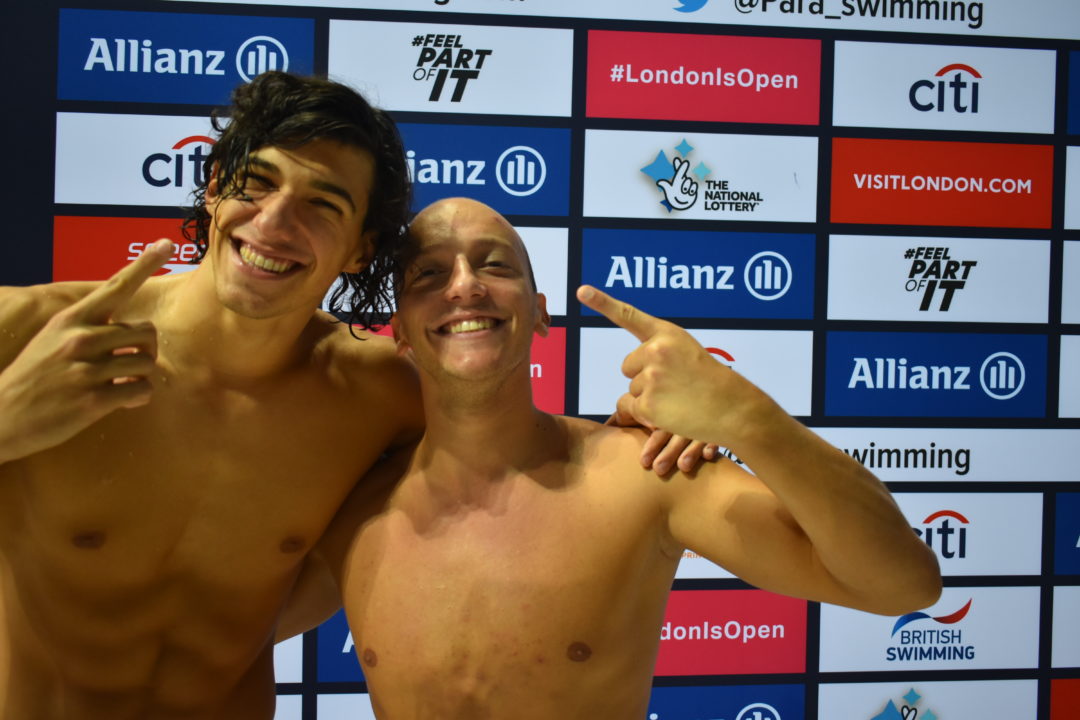 It was the best possible outcome for Team Italy Wednesday when veteran Federico Morlacchi and his younger countryman Simone Barlaam tied for gold in the men’s S9 100 fly at the 2019 World Para Swimming World Championships.

The two athletes are good friends and train together on the same team, Polha Varese. Morlacchi, 25, is a six-time Paralympic medalist. Barlaam, 19, lit up the youth para-swimming scene but is yet to compete at a Paralympics.

The versatile Barlaam has three gold medals this week in three attempts, the other two coming in the 100 back and 100 free. Morlacchi finished fourth in the 400 free and ninth in 100 free. Both have the 50 free remaining.

Following the race Wednesday, the two get emotional, sharing a touching moment in celebration atop the lane line.