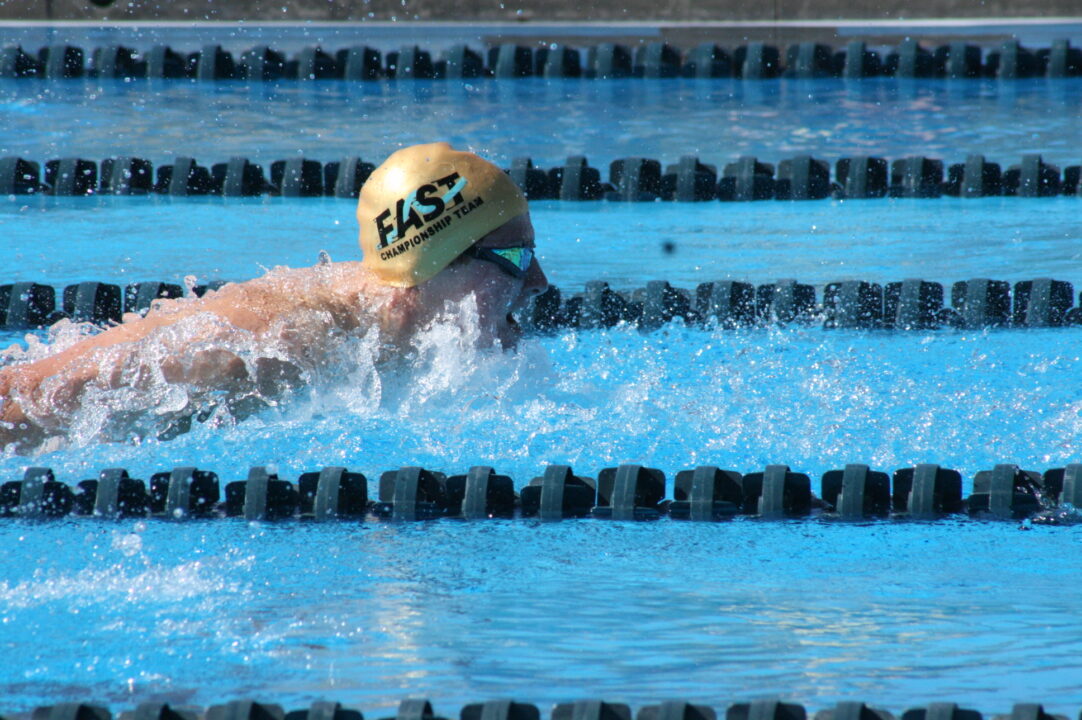 During the prelims of the 200 IM, NAG record holder Joshua Zuchowski sustained a neck injury, according to his coach and father Johnathan Zuchowski.  Archive photo via Nicole Miller/SwimSwam.com

Letitia Sim is the top seed in tonight’s 50 fly but will also go in as 2nd seed in the 200 IM, right behind Lucy Thomas.

During the prelims of the 200 IM at the 2021 NCSA Championships, National Age Group record holder Joshua Zuchowski sustained a neck injury, according to his coach and father Johnathan Zuchowski.

Johnathan Zuchowski says that the injury involved some form of neck strain, making it difficult for Zuchowski to breathe to one of his body and forward. It was not clarified which side Zuchowski is unable to breathe to. A doctor reportedly cleared him to compete in tonight’s session.

As a result of his injury, Zuchowski pulled out of the 50 freestyle and 50 butterfly during the meet’s final session. However, he still swam the 200 IM, an event in which he is the 11-12 year-old NAG record holder. Zuchowski ultimately finished 2nd overall in the event with a time of 1:48.29. Notably, he was seen side breathing on the butterfly leg, despite usually breathing forward.

It seems your not-very-subtle assumption is that he’s being pushed too hard b/c his dad is his coach. To base that on a *neck strain* is grossly unfair.

Gotta be them hotel pillows

Hey this is josh, not pushed to hard at all actually never lifted weights, sadly it was just a freak accident with crappy timing that’ll be fine in a few days but congrats to Nate for winning the IM and thanks NCSA for a great meet.

Great to hear you’re doing fine but great job thus far with your performances this past week.