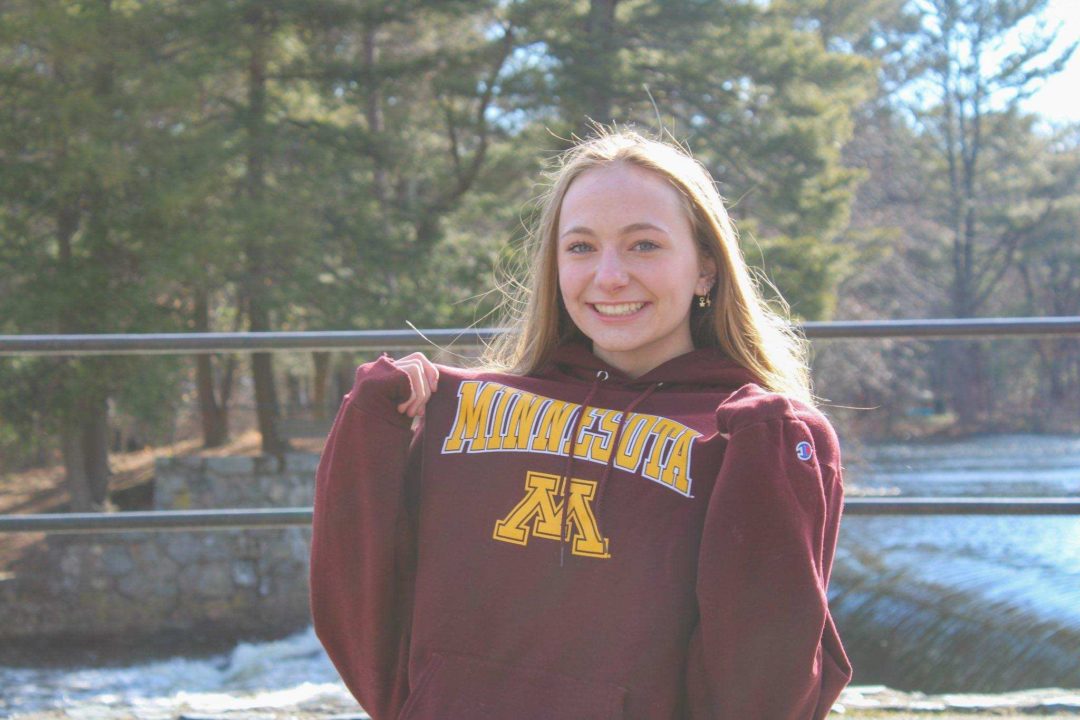 The #19 Minnesota men and HM Minnesota women both knocked off SMU in a two-day dual meet last weekend.

The Minnesota women move to 3-0 on the season after a win last week against South Dakota and Big Ten opponents Nebraska in a tri meet.

The Minnesota men are now 2-0 this season, beating South Dakota.

The Gophers won’t face their first real test of the early season until an upcoming rivalry matchup against Wisconsin on November 4 in Madison.

Minnesota’s two returning All-Americans led the way in a win over SMU.

McHugh’s times were both a few tenths better than he was on a similar weekend last season. He ranks 8th and 11th in those events respectively in the NCAA so far this year. This was his season debut after he sat out the team’s opener against South Dakota.

Bar Soloveychik also dominated in winning the 500 free in 4:29.51. He finished 13th at NCAAs in that event last season. He also sat out last week’s dual meet.

Feehery was the 23rd-fastest 400 IMer in the NCAA last season, although he placed 34th at NCAAs. So far this year, he ranks 7th in the event thanks to a 3:46 he did at the SMU Classic.

The Minnesota women were utterly dominant in the meet, winning all but one event.

They were led by Megan van Berkom, the team’s lone swimming scorer at last year’s NCAA Championship meet. She won 3 individual events at the meet, bringing her to five wins in six individual races so far this season.

Her only loss came in the 100 fly, where Minnesota freshman Ava Yablonski won in 54.53. She got out to a hot start and held off SMU senior Valentina Becerra by .04 seconds.

Both times are breakthrough swims. Yablonski’s time was a new career-best in just her 2nd career meet. That’s encouraging for the Gophers given that their only scorer in the 100 fly last season (Emma Linscott, 19th) graduated.

Becerra’s time is the fastest she’s ever been in a dual meet.

The one win for the SMU among 19 women’s events on the day came in the kickoff on day 2. There, the SMU women won in 3:47.10 after Minnesota’s “A” relay was disqualified when Yablonski left early. On the winning SMU relay, Becerra split 54.21, outsplitting Yablonski even with a modest .44-second reaction time.

Minnesota’s diving group is entering a new era without Sarah Bacon on deck. Bacon, a five-time NCAA Champion, arrived in Minnesota in the 2016-2017 season, and has competed at the last 5 NCAA Championships, winning 5 career springboard titles.

Looks like a good catch for the Golden Gophers! Keep up the good work!

It is for sure because her club coach in Massachusetts was New England COACH OF THE YEAR last year in New England!! He should get some of the credit !!

Also a good meet for Canadian Hannah Cornish of the Gophers.