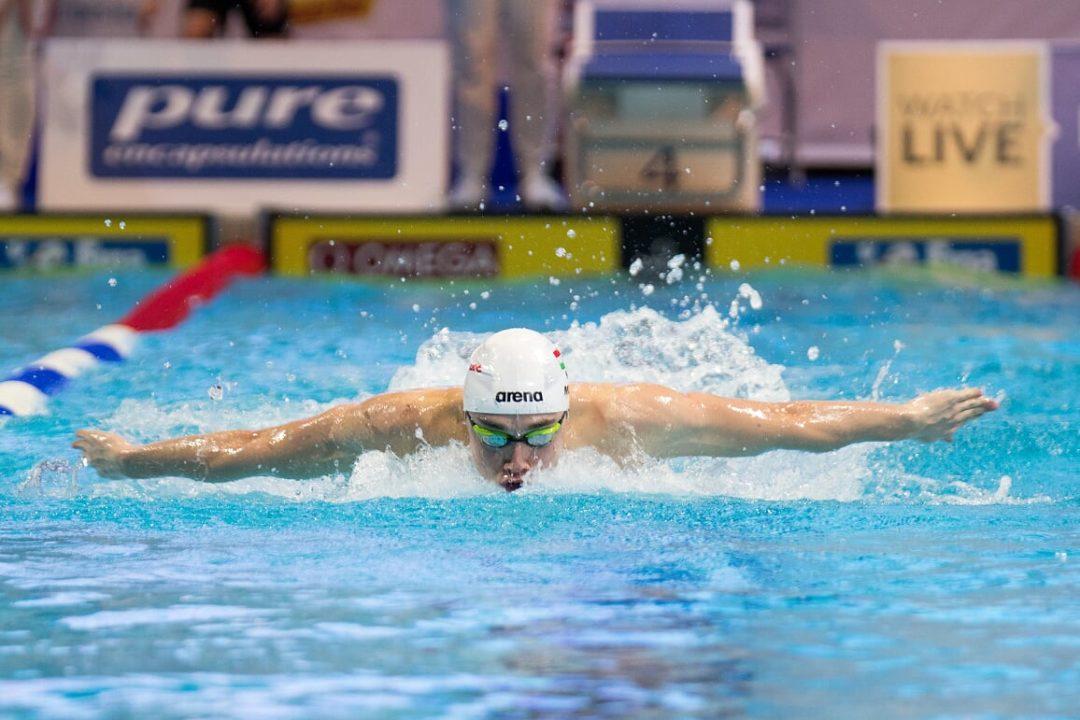 As predicted the top 3 200m flyers in the men's heats this morning in Debrecen were indeed represented by Kristof Milak, Laszlo Cseh and Tamas Kenderesi. Archive photo via Kevin Reust

As predicted the top 3 200m flyers in the men’s heats this mornins in Debrecen were indeed represented by Kristof Milak, Laszlo Cseh and Tamas Kenderesi.

Competing on day 1 of the 2019 Hungarian National Championships, Milak led the pack with a feisty time of 1:55.43, holding off Cseh who touched less than half a second behind in 1:55.81. Cseh actually led off quicker in an opening 100m of 54.37 to Milak’s 54.76, so we’ll see if he can produce some more back-end speed in tonight’s final. Both men’s times already clear the FINA A cut of 1:56.71 needed for this summer’s World Championships.

Milak has already been as fast as 1:54.89, the time he threw down last year in Buenos Aires en route to Youth Olympic Games gold.

For Cseh, however, his time represents the veteran’s quickest of the season. It also slid under the 1:55.91 he produced last year at the European Championships as a sign of where this Olympic icon is at physically right now. At those Championships in Glasgow, Cseh was shut out of the final, as Milak and Kenderesi both produced faster times to represent Hungary in the final.

For his part, Olympic bronze medalist Kenderesi also put himself in the mix, cruising his way to the 3rd seed, albeit a ways back, in 1:57.45. His outing represents the 22-year-old’s season best and ranks him just outside the top 15 performers in the world this season. Last year he took silver behind Milak at the European Championships in a time of 1:54.36, so the Olympic medalist is certainly capable of improving his 3rd place standing come tonight’s final.

Aaaand we have the top 2 world leading times in the final! Kenederesi was an amazing threat