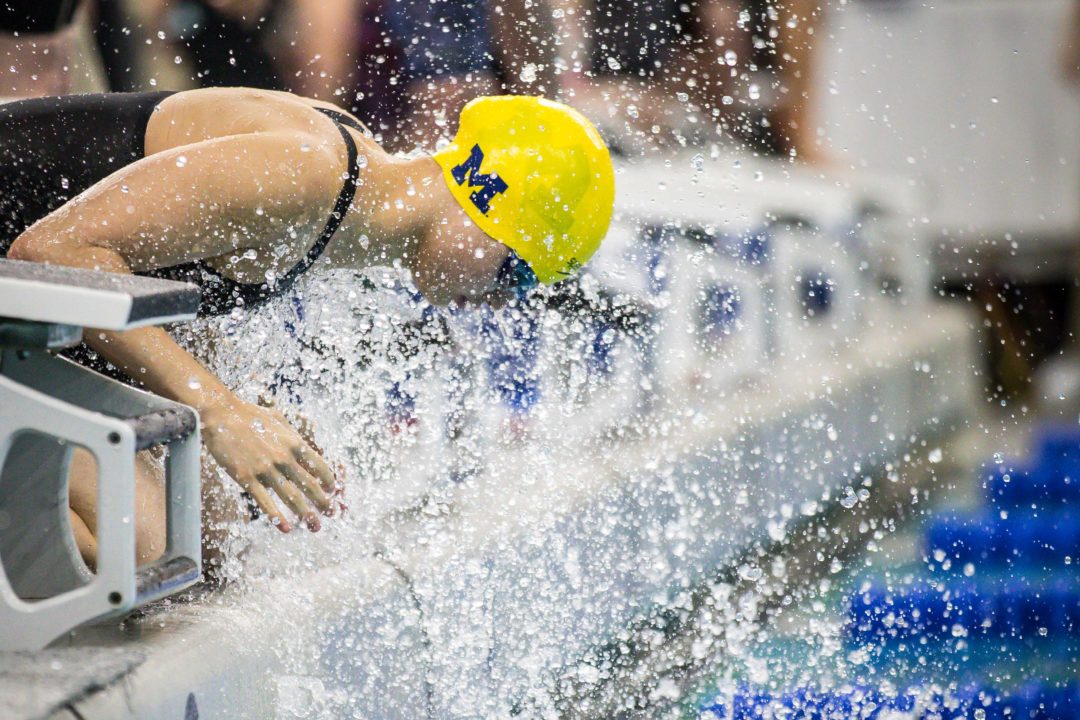 Michigan has taken over the #1 spot in the CSCAA women's dual meet poll, the fourth women's team to sit #1 this year, while Texas remains the men's leaders. Archive photo via Jack Spitser/Spitser Photography

The Michigan women have taken over the #1 spot in the CSCAA dual meet poll, while Texas remains the men’s leaders. Michigan becomes the fourth women’s team in five polls to earn a #1 rank.

Stanford led the preseason women’s poll. Florida topped the October and November polls, but Cal led December and now Michigan has taken top billing in the January poll. Compare that to the men’s side, where Cal led Preseason and October before giving way to Texas in the last three polls.

Denver Men on the rise

Both Cal and Stanford Men and Women athletes start their PAC12 dual meet season this weekend (against Arizona and Arizona State). Cal men need to hang on to their #2 position behind Texas and Stanford women should move up to 1 to 3).

Agree. Mi women should never be #1 in front of Stanford women!

Having a poll like this to predict dual meets is interesting, keeps excitement up, and is a nice compliment to Swim Swam’s power rankings that predict the NCAA final position.

USC slipping down the list on both sides. Lots of changes coming up there coaching wise…. and maybe still feeling the fallout from the admissions scandals etc there. Recruiting challenges? Moral Down?Who knows but certainly a downward slide.