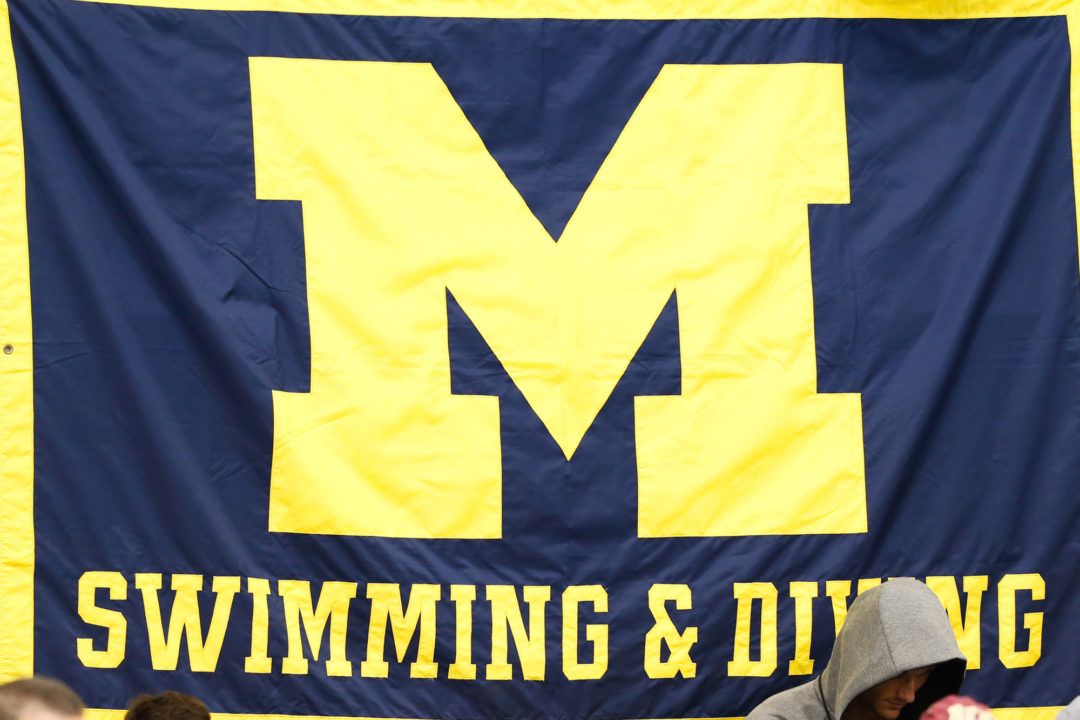 Michigan swimming legend and former American record holder Frank Legacki has died at the age of 81 due to complications with metastatic prostate cancer. Stock photo via Tim Binning/TheSwimPictures.com

Michigan swimming legend Frank Legacki has died at the age of 81 due to complications with metastatic prostate cancer.

Legacki began his swimming career as a sophomore in high school when he tried out for the team at Father Judge High School in 1954. He quickly took to the sport and by his senior year, he won the 50 yard freestyle and the 100 yard freestyle at the National Catholic Swimming Championships.

While Legacki was a member of the team, Michigan captured NCAA titles in both 1959 and 1961. The team’s victory in 1959 is still considered one of the most dominant performances in NCAA history, as Michigan scored 138.5 points and beat the point totals of the next three teams combined.

During his career, Legacki also set an American Record in the 100 yard butterfly (51.9) at the AAU National Championship (now known as the US Open) in 1959.

After retiring from competitive swimming, Legacki coached the Michigan women’s team, which at the time was still Ann Arbor Swim Club, from 1963-1964.

Legacki earned his MBA from Michigan in 1964 and then married his first wife. Over their 22 year marriage they had 4 daughters together. After splitting up, Legacki married Alicia Torres, who he spent the final 22 years of his life with. Together, the couple were active fishers and supporters of the University of Michigan athletic teams, holding season tickets to several sports, including football, hockey, wrestling, softball, and swimming.

In 1994, Legacki was inducted into the University of Michigan Athletic Hall of Honor for his contributions to the school both during and beyond his time there.