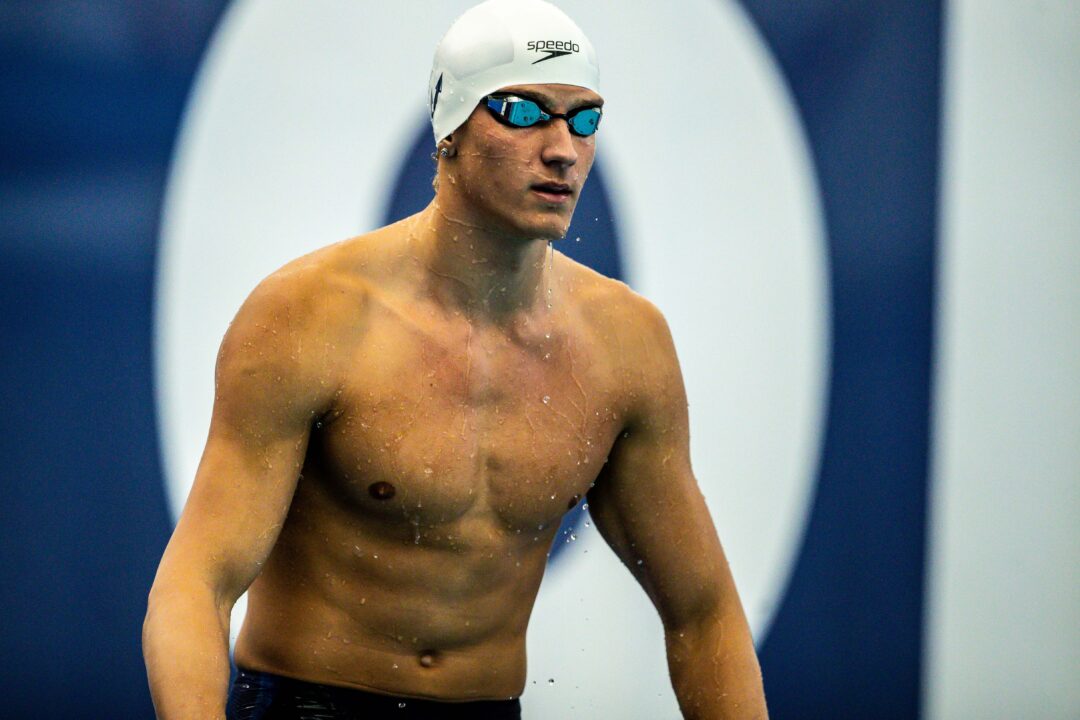 The 2020 NCAA Division II champion in the 50 free with UC San Diego, Daily is set to join Cal for the second semester. Archive photo via Jack Spitser/Spitser Photography

There have been a number of entries into the NCAA transfer portal of late, with the majority of swimmers and divers pursuing options for next season, though some are looking to change schools imminently.

Crisci, a senior at Pitt, finished eighth in the men’s 100 breast at the 2022 ACC Championships, and swam a best time of 52.45 at the WVU Last Chance Invite last season, just 25 one-hundredths off the NCAA cutline.

Crisci told SwimSwam that he’s pursuing his options for next season and will finish the year out with the Panthers. He plans on pursuing a Masters of Finance in grad school.

Daily is set to join the Cal Bears for the second semester this season and will be enrolled in a graduate program.

Daily, who is from the Bay Area (Danville, Calif.), swam four years at UC San Diego and is looking forward to having the opportunity to qualify for the Division I NCAA Championships after he was unable to last year as the program was going through the one-year probation period as it moved up from D2 to D1.

“I was drawn to Cal because of the excellence of their program and their performance at NCAAs last year,” Daily said. “I want to be surrounded by talented and hard-working athletes who share the same goals and push each other to be the best team and individual they can be.

“I believe that my time there will elevate me to a level that I haven’t reached before as an athlete and individual.”

He added that going to Cal “will give me a once-in-a-lifetime opportunity to make it to NCAAs with an amazing team.”

Yoo, a sophomore this season at Army West Point, said that he’s finishing out this semester and then plans on transferring programs.

Yoo, who is currently studying economics, said that most importantly he just wants to “explore my options to find which program I can pursue my swimming career.”

Kirby swam the past three seasons with USC, and told SwimSwam he’s currently exploring options for next year. He is not listed on the Trojan roster this season.

A native of Barbados, Kirby has represented the country at the last two Long Course World Championships, and has recorded top-10 finishes at the Pac-12 Championships in each of the past three seasons. This past March, he finished 10th in the 200 back.

Something going on at usc with all these transfers

Yoo is still very young. It’s interesting seeing someone from the service academies intending to transfer… what a steal

You’ve heard it all about SMU and the sunny skies of Dallas.

But when is the last time LeBron came home to Dallas and brought them a championship?

Come home to the Land and join the Spartans of Case Western Reserve University.

Any word on River Wright? Retired?

Thought he had started the season at Michigan did he not?

He did not return to Michigan. I’ve seen him chillin at home with the fam

I wonder why Kirby isn’t competing for USC this year. Times like those are right on the cusp of NCAA-invites and lord knows the Trojans’ failing men’s team could use the help. Their medley relay at Art Adamson had :47-leadoffs in both prelims and finals and the top 2back swimmer was 1:43-high. Given how big of a hit USC’s free relays took he could have probably offered a helping on the 4FR-R. Unrelated to the rest of this comment but I wonder what the protocol for military academy transfers is… we don’t see too many of those. Does Yoo have to pay for the 3 semesters he did at West Point?

Answer to your 2nd part – no, he does not have too

I forgot he was one of the few winners from 2020 at NCAA‘s that had the brief opportunity to race. In anyway congrats

who’s rooting for Daily to be on a winning relay at NCAA’s for Cal?!! I’m thinking that would make him the first D2-D1 National Champ? Feel free to chime in if I am incorrect….

Would be cool, but he’ll likely have to make a decent size drop in a pretty short time to make the 200FR (400 is out of reach) and then they have to beat Florida and NC State (maybe even Tennessee?), which is possible but not exceedingly likely. His current best, if it equates to 19.0, isn’t going to cut it for the title and he’ll have to beat out guys like Bell, Hanson, and Rose for the spot.

ah man, you are right…but would be neat to see. Too bad he only has a semester…

I mean it’s not impossible; guys like Maxine Rooney, Alvin Jiang, and Scott Spain all saw big impacts from Texas training within a few months of moving there, and Cal’s had a decent amount success with transfers (though not always). But yeah one semester in his fifth year is a tall order.

Id argue Rooney was still caring over his Florida training when he had his big breakout at the US open. Because the years after he was never able to reclaim that training at texas.

Can’t rule out ASU or Virginia either, this is an absolutely stacked event

Matt Josa transferred from Queens (D2) and then got 2nd on one of the relays with Cal.