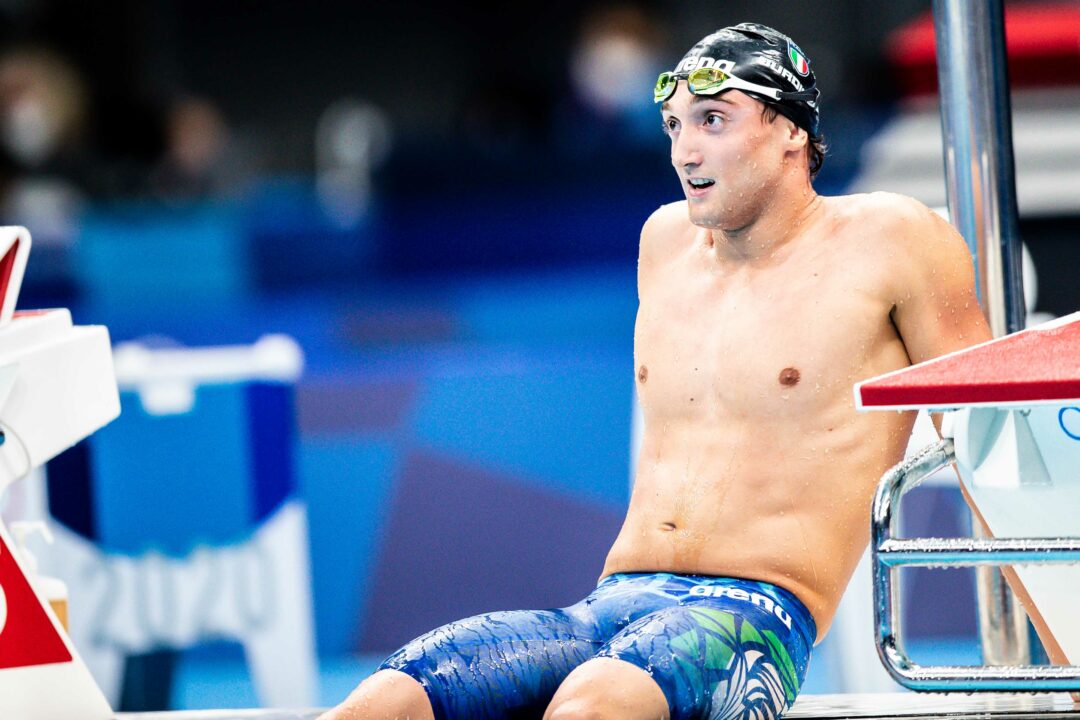 Burdisso is no longer a member of Northwestern's swim team and is shifting his focus to the 2024 Olympic Games in Paris. Archive photo via Jack Spitser/Spitser Photography

Federico Burdisso‘s athletic career at Northwestern University has come to an end.

“I’m still unsure about my next move,” he said. “I just couldn’t remain in a program that is falling apart and has no leadership.

“I would like to keep my options open. I am no longer part of Northwestern and will not be racing for them at Big Tens, NCAAs, or any other meet for that matter.

“I just want to shine some light on the issue and hopefully the athletic department will make the changes the team needs,” Burdisso said about his reasons for going public with his opinions on the program.

The 21-year-old added that his focus is shifting to the 2024 Olympics in Paris, but if the right college approaches him, he’ll consider it. Prior to his departure, there were plans in place for him to enter the portal so he could speak to other coaches about different pro groups for next year.

Northwestern will continue to honor his athletic scholarship through graduation, which he is due for next semester.

A spokesperson for the Northwestern athletics department offered the following statement on Burdisso’s departure:

“Federico Burdisso is no longer a competitive member of the Wildcats swimming and diving team, but maintains the full support of the department in the final stretch of his pursuit of a Northwestern degree. Our staff remains focused on our student-athletes who continue to invest each day in the foundation of a culture built on respect, inclusion and excellence.”

Alongside his brother Alessandro, Burdisso committed to Northwestern in November 2018, coming off winning the bronze medal in the men’s 200 butterfly at the 2018 European Championships in Glasgow.

He made his NCAA debut in January 2020, and went on to place fourth in the men’s 200 fly and 10th in the 100 fly at the Big Ten Championships the following month.

After the 2020 NCAA Championships were canceled due to the COVID-19 pandemic, Burdisso took an Olympic redshirt in the 2020-21 season, going on to win a pair of bronze medals at the Tokyo Games in the men’s 200 fly and on the Italian men’s 400 medley relay.

Burdisso also won silver in the 200 fly at the 2020 European Championships in Budapest, which were held in May 2021 due to the pandemic.

This past summer, Burdisso won World Championship gold as a member of the Italian men’s 400 medley relay, splitting 50.63 on the fly leg to help upset the Americans and tie the European Record in 3:27.51.

Two months later at the European Championships, he added another gold medal in the event after swimming a preliminary leg of the relay. Burdisso also placed 10th in the 100 fly, and was fifth in the 200 fly prelims but failed to advance as he was the third-fastest among Italian swimmers (only the top two per country advance).

Cmon USC men, it’s your time to come clean like this Northwestern swimmer! You’ve been hiding under a rock with pathetic performances. Another program that Kipp was a part of that he left in the toilet! Seems like the USC men are racing to the bottom of the D1 ranks and it will only get worse.

Burdisso clearly has talent as evidenced with his Olympic medal but he contributed little to the NU program. Never an All-American, mostly substandard performances at Big Ten championships, and not much of a teammate and clearly not a leader despite having a “medal”. A clear reminder to all swimming programs that “potential” talent can ruin team dynamics and chemistry. Coaches need to recruit the “person” and not just the “time”.

There will always be another program that will put up with his antics and toxicity in the locker room… but good to see that the NU team won’t have to deal with his drama any longer.

Wow, crazy to think that much like Hunter Armstrong, Brendan Burns sent an elite swimmer to the shadow realm and now he backs out of the Big Ten.

22
-5
Reply
fairisfair
Reply to  Boiler Up

By “shadow realm”, I assume you mean Olympic/World Champion, (which Brendan Burns is neither). Then I guess your statement would be accurate…

Can someone clarify what these “behavioral problems” are that everyone is alluding to rather than being so vague?

Looking from an outsider perspective, NU hasn’t made much progress in the past few seasons. They finished around 5th and 6th at B1Gs every year and was never able to make that breakthrough. On paper, they have talented swimmers who are completely capable but never able to make much improvements. Perhaps a change in leadership is what they need.

Well, not that those around you didn’t know but those words show your level of maturity and your true character. Time to hang your goggles.

He’s not wrong tho

Federico, sir, we hope you’ll consider Valparaiso and the beautiful Horizon league in your future endeavors.

I was a big Fede fan. Huge in fact. Enormous really. Just the biggest. But after seeing his blatant disrespect for NU I am feeling a wide range of emotions, but mostly just one. I’m glad Northwestern has decided to trim the fat, though that doesn’t always work. This situation must be discouraging for Fede, but if I was him, I’d never be satiated until my next opportunity to prove it in the pool. As they say in his home country, non è finita finché la signora grassa non canta.

Hopefully “great” leadership cuts the rest of the fat too