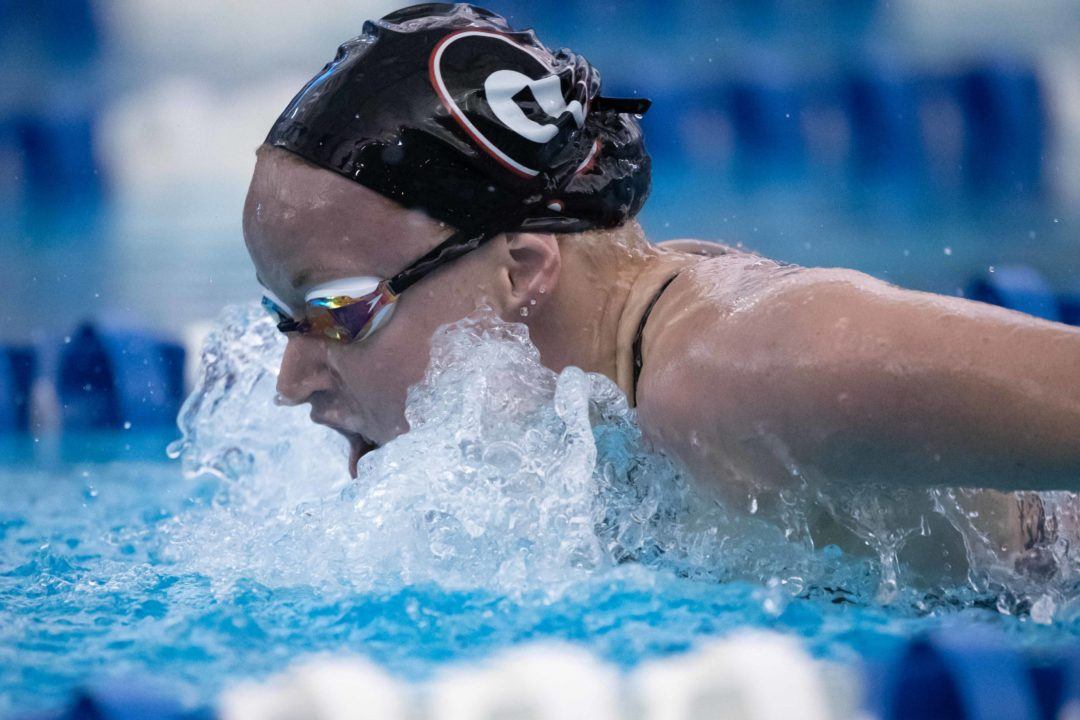 Kingsley, who was hit while walking in a crosswalk last Sunday, said she did not suffer any major injuries. Archive photo via Mike Lewis/Ola Vista Photography

University of Georgia post-grad Megan Kingsley was hit by a car last weekend but suffered no major injuries, she told SwimSwam Tuesday.

The 23-year-old added that she will have to stay out of the water for “some time.”

“On Sunday afternoon I was hit by a car when I was walking in a crosswalk, but thankfully I had no major injuries but will have to be out of the water for some time to recover and rest,” she said. “I think it’s a good reminder for people to pay attention while driving because this has definitely been an extremely traumatic experience.”

Kingsley, who finished her undergrad career in 2018, had recently had a breakthrough in the pool after undergoing multiple knee surgeries in 2017. At the Des Moines Pro Swim Series, she went a best time in the long course 200 fly (2:10.91) for the first time in nearly six years, and then improved on that time in Richmond last week, going 2:10.25. She also went a best in her 100 fly last week, touching in 59.82.

Kingsley is at least the third Division I swimmer that’s been hit by a car in recent years. Arizona’s Sarah Shimomura was hit while riding her bike in August 2017, shattering her pelvis and breaking her femur. 2019 NCAA silver medalist Delaney Duncan was hit two weeks before her conference championships this season when a driver ran a red light, but walked away with just a “bad bruise.”

Glad you are ok!!