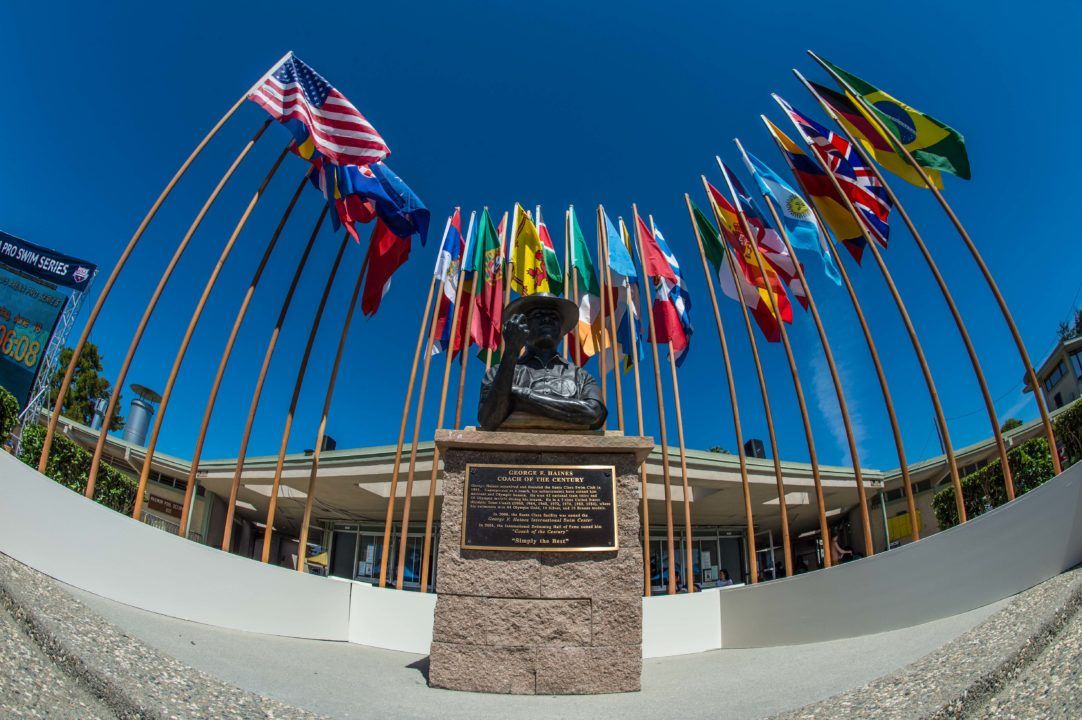 John Bitter, the former head coach of the Santa Clara Swim Club, has been charged with 4 felonies in California. Stock photo via Mike Lewis/Ola Vista Photography

Santa Clara Police Captain Wahid Kazem told SwimSwam in November that the department had completed its investigation into the matter and submitted its report to the district attorney’s office. During that investigation, the Santa Clara Police Department found that Bitter used the money to purchase a bar and restaurant in Arizona.

The 4 felony charges include grand theft. In California, felonious grand theft carries a sentence of up to 3 years in state prison. There are additional enhancements to that sentence depending on the value attached to the theft. While the charges didn’t specifically attach a value, $600,000 would carry an additional 2 year enhancement.

Allison Beebe, who was previously a ‘lead coach,’ is now listed as the head coach of the club.

Wow! Mitch Ivey and now this. A formerly great program undermined by bad leaders. Where was the Board of Directors?

They are the ones that caught him

The board reported him. They weren’t the ones who caught him. Huge difference.

Were they though? Where is their statement or proof of this?

I think you are confusing Santa Clara with Concord Pleasant Hill, not sure Mitch Ivey ever coached at SC

He coached and swam there: http://www.santaclaraswimclub.org/alumni/history.htm

Mitch replaced Coach George Haines September 1974 through 1981. He left SCSC for the HC position at what was Concord/Pleasant Hill SC.

So I recently (re) read the book Gold in the Water by PH Mullen (outlines the journey of several Santa Clara swimmers in their journey to Sydney, notably Tom Wilkens and Dara Torres, highly recommend). In the book it talks about how the SCSC was missing a ton of money and heavy eyes were on head coach Dick Jochums, but that eventually it turned out it was young assistant coach John Bitter who was at fault, but nothing happened because it turns out he was just young and lazy and careless. The author concludes he did nothing wrong, and it was all basically a misunderstanding that was a result of the masters team not paying their dues as regularly as… Read more »

The current charges are in relation to events in 2018.

Funny, as I read that book 10 years ago, but as soon as I saw this article, I remembered that name and the book discussion, Yes, it seems he figured what worked once might work again!

Anyone know the name of his restaurant? Asking for a friend