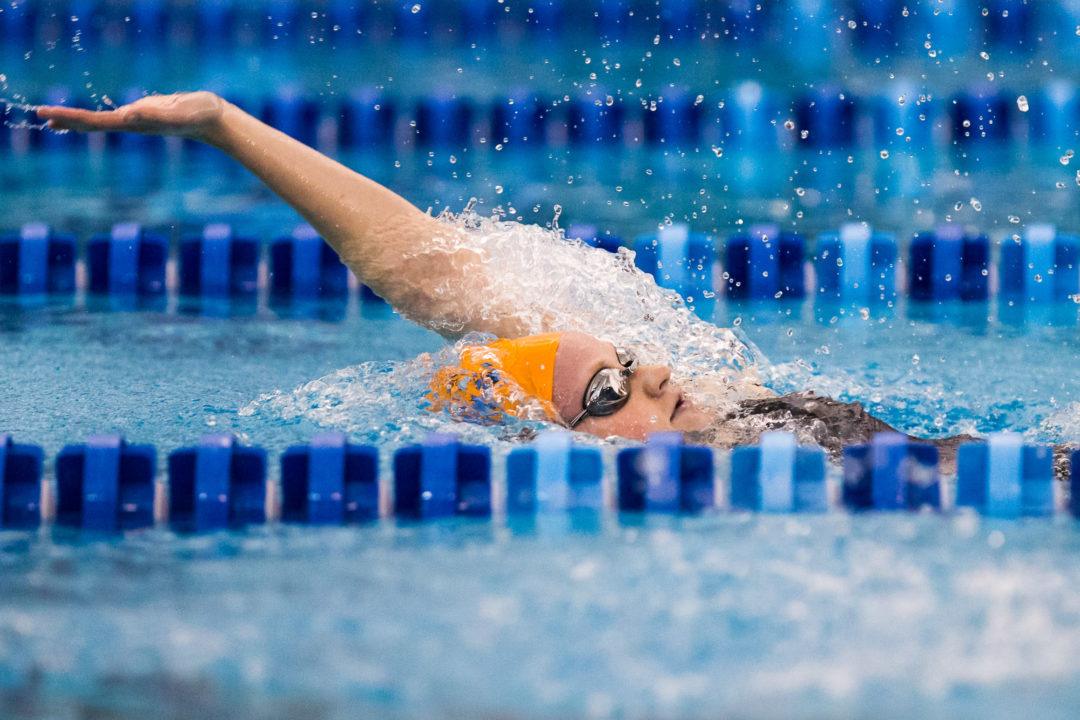 Former U.S. National Team member Megan Kingsley has undergone her second knee surgery of 2017 and is working on her second recovery.

Kingsley has had dislocations on both knees for 5 years, which she’s been training through, but ultimately required surgery for a full recovery. After last year’s NCAA Championship, where she earned Honorable Mention All-American honors as a University of Georgia junior by placing 12th in the 200 fly, she underwent an MPFL reconstruction and tibia tuberosity on her left knee, which she says was the worse of the two. She then suffered a setback during physical therapy when she had a hairline fracture of her tibia on her left leg (the one she had surgery on the first time).

After 4 months of rehab, and only 3 weeks of training (which she says was just 4,000-5,000 meters in one session per day), she made her return to competition last weekend at the Athens Sectional Championships. There, she swam the 100 fly and finished 6th in finals in 1:02.03. On Tuesday, however, she underwent a (scheduled) second surgery on her right knee – which just involved the MPFL reconstruction (Kingsley describes it as being similar to an ACL reconstruction).

Kingsley says that this time she hopes to be back in the water in just a few weeks, though there’s some uncertainty with both knees not being 100%. Her goal is to be ready to race Georgia’s first meet of the college season against North Carolina.

“This surgery will be easier, but still tough to go through,” Kingsley said. “But after my last surgery I’m extremely motivated to come back stronger than ever – with new knees!”

Kingsley was a member of the USA Swimming National Team in the 2013-2014 season. In spite of dealing with a flare of the recurring knee injury last summer, she still competed at the Olympic Trials and made the semi-finals of the 200 fly – her best event.

Hoping for a quick recovery and a successful senior year! I know you have it in you to persevere on this kind of level! Good luck with your recovery and your swimming career!

Wishing you nothing but the best King! It was a pleasure to watch you competing again this past weekend at Sectionals.