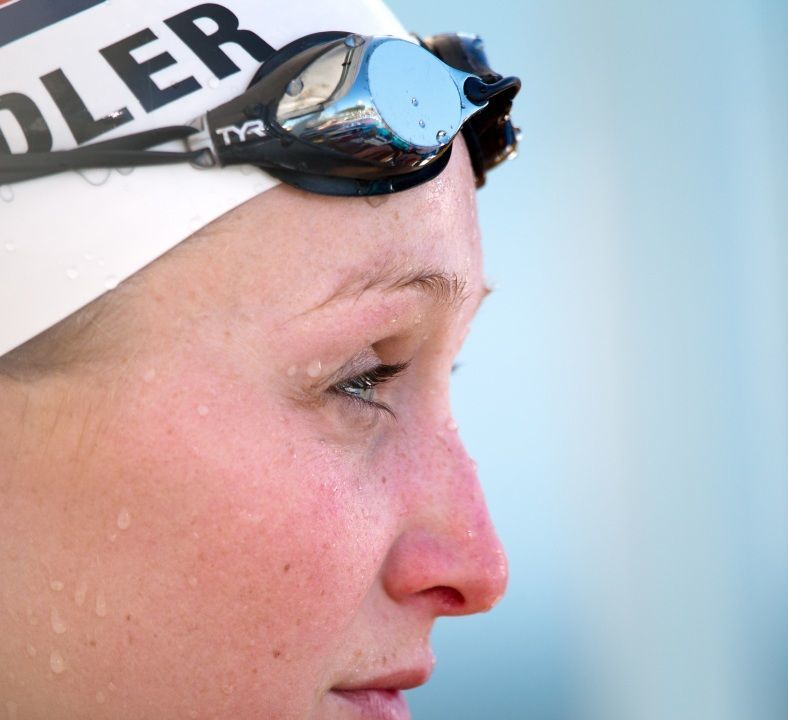 Matt and Annie Grevers are now parents a second-time over, after Annie gave birth to the couple’s 2nd child on Sunday. Barbara Grace Grevers, who was named after her grandmother Barbara Chandler, was born at 10 pounds and 22 inches – already showing off the height that she’s inherited from her dad Matt (6’8″) and mom Annie (6’1″).

The couple’s first child, Skyler Lea, was born in November of 2016 and is 3 years old.

Barbara Grace “Gracie” Grevers. 10lbs. 22 inches. Born 12/1/19 at 11:29 a.m. You’re named after the most remarkable, grace-filled woman I’ll ever know – Barbara Ann Chandler. Though you two are not overlapping in life on earth, I know she’s rejoicing in your birth from above. It seems appropriate that you tipped the scale to the same hefty weight as your Mimi did at her birth in 1950. We love all ten luscious pounds of you, beautiful girl and pray you’ll eventually know God’s abounding grace which led your Mimi to leave an extraordinary legacy for us all here. “Gracie Grevers…” I remember Mom saying with a sparkle in her eye. “Sounds like a stage name.” Welcome to the big show, Gracie girl.

Matt Grevers, 34, is a 6-time Olympic medalist, including 4 gold medals. He won the 100 backstroke title individually at the London 2012 Olympic Games. While he missed the 2016 Olympic team, and admits that he contemplated retirement, he instead has carried on to back-to-back World Championship teams. In 2017, he won 2 gold, 1 silver, and 10 bronze medals; while in 2019 he won 2 silver medals (both in relays).

He was all about his pending second round of fatherhood at his last meet, the International Swimming League’s U.S. Derby meet in Maryland 2 weeks ago, admitting that the new baby would impact his training, and that the pool was also a refuge of peace in a world of screaming children.

Annie Grevers (née Chandler) was an elite swimmer in her own right. A former member of the US National Swimming Team, she swam collegiately at the University of Arizona (where Matt currently trains, though he went to college at Northwestern). She won 2 gold medals at the 2011 Pan American Games in the 100 breast and 400 medley relay.

Matt Grevers is scheduled to race at this weekend’s U.S. Open in Atlanta in the 50 free, 100 free, and 100 back, and then again in 2 weeks at the International Swimming League finale in Las Vegas.

Damn, can’t wait to see Grevers win the 100 back at Tokyo next year!

that will be tough but everything is possible today – still rooting for him of course .

I heard Joe Schooling got back to top form by the 100 fly final, and it was exciting.

Good boy! Here, have your first treat ever for your first decent comment ever 🦴

Maybe she will look happy and pristine like Our Lady when she gives birth. Who knows.
But right now she is too far from Annie’s smile.

You’d think they might change the baby hat in 19.5 years (maybe more) or give this little one an upgrade. Talk about style that’s doesn’t change!

it must be working well for the kids

Congratulations to Grevers on the new charming addition to the family 🙂

She’ll have a lot to live up to, her older sibling is the head coach at Missouri and she’s only 3 years old!

The picture of Matt nursing his new daughter is adorable.