"For this reason I remind you to fan into flame the gift of God, which is in you through the laying on of my hands. For God did not give us a spirit of timidity, but a spirit of power, of love and of self-discipline." -- 2 Timothy 1:6-7 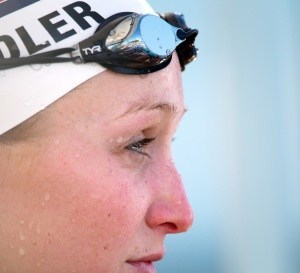 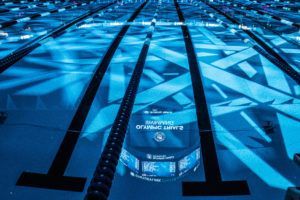 Lessons From the 2016 Olympics For Age Group Swimmers 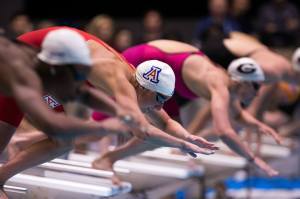 8 Reasons Why College Swimming Will Change Your Life

I think about my days with 59 men and women on the UA swim team at some point every day. Here are 8 Reasons Why College Swimming Will Change Your Life…

Annie Chandler Is Back In USADA Testing Pool

Chandler, now known by her married name as Annie Grevers, has been out of the testing pool since 2011. 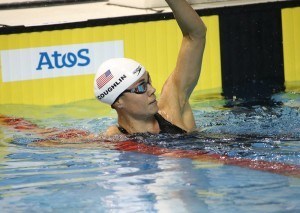 Natalie Coughlin (above) certainly delivered, turning in the 4th-fastest time in the world this year with her 400 medley lead off.

Half of the swimming power couple whose swim meet engagement became a YouTube sensation (see husband Matt Grevers’ proposal here), Annie (Chandler) Grevers was born with athleticism in her blood. She grew up in San Antonio, TX with her father, a former NFL player for the Atlanta Falcons, her mother, and three football-loving brothers. Chandler began swimming at an early age, and attended Winston Churchill High School in San Antonio. Chandler was a letter-winner all four years and was team captain during her senior season. She was also a three-time state champion in the 100yd breaststroke and currently holds the high school state record in the event.

She enrolled at the University of Arizona in Tucson, where she immediately became a contributor to the swim team’s success. As a freshman, Chandler helped her teammates to an NCAA victory in the 200yd medley relay and a second place finish in the 400yd medley relay (she swam the breaststroke leg in both events). She also secured second place in the 100yd breaststroke, demonstrating her individual potential. By the end of her sophomore season, she was a member of an NCAA championship team. The Arizona women won their first team title in 2008, with Chandler contributing to victories in both medley relays and finishing third and eighth in the 100yd and 200yd breaststroke events, respectively.

She remained a strong competitor in the breaststroke events and medley relays, and during her senior season she won a long-awaited individual NCAA title in the 100yd breaststroke. Chandler, a Wildcats team captain, set the NCAA record in the event and also finished third in the 200yd breaststroke. Chandler was named the Pac-10 Woman of the Year in 2011 and is an 10-time NCAA All-American. She graduated with a degree in journalism in 2011 and was recognized for her work on the Tombstone Epitaph, Arizona’s biweekly newspaper and later published in Swimming World Magazine.