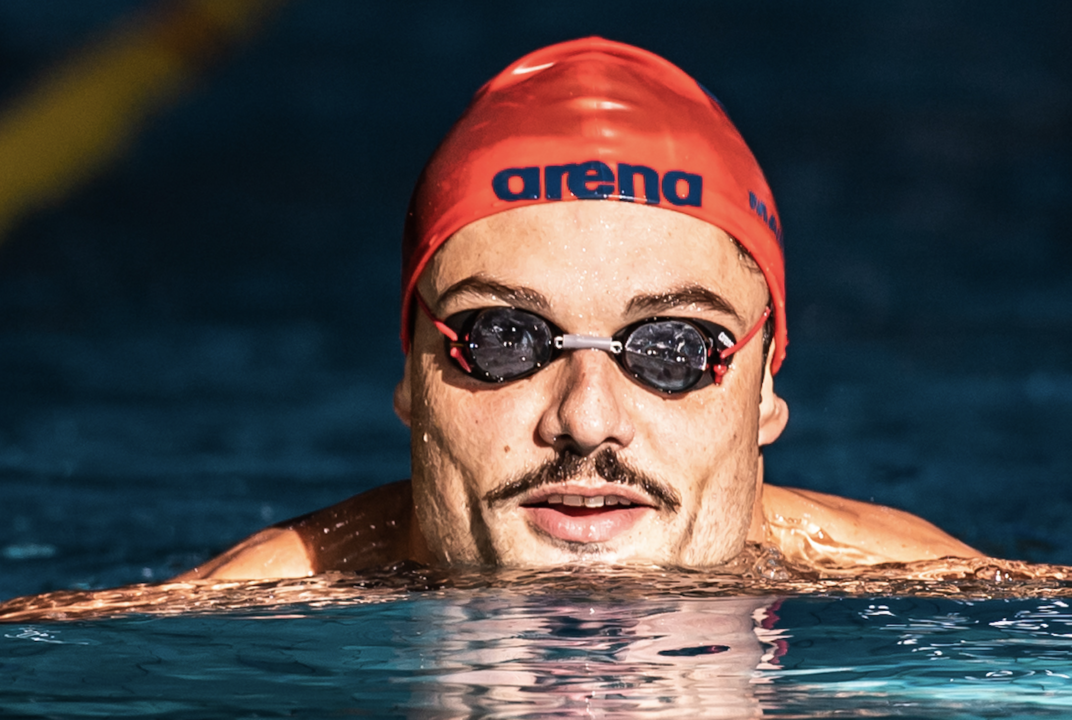 Day 1 of the FFN Golden Tour in Marseille kicked off this morning, with high-profile athletes to the tune of Florent Manaudou, Kira Toussaint and Arno Kamminga already diving in for prelims.

Manaudou easily dominated the men’s 50m free heats, registering the only sub-22 second time of the field. He hit a mark of 21.87 to land lane 4, nearing his season-best of 21.73 which already positions him as the #1 swimmer in the world this season.

In another 50m, Kamminga got it done to snag the pole position in the breaststroke, posting a morning swim of 27.27 to lead the field. His compatriot Rosey Metz did the same in the women’s version of the 50m breast, putting up a solid 31.26.

Look for a raging battle to the wall in the women’s 50m fly in tonight’s final, as French stars Melanie Henique and Marie Wattel were already chased by visiting Dutch Olympian Ranomi Kromowidjojo this AM. Henique earned the top seed in 25.77, followed by Wattel in 25.91, while Kromo rounded out the top 3 in 26.03.

Henique owns the French national record in 25.24, while Kromo fired off a new Dutch standard of 25.24 of her own just last week.

NC State Wolfpack teammates Noe Ponti of Switzerland and Nyls Korstanje of the Netherlands went 1-2 in the heats of the men’s 100m fly. Ponti posted a swift 51.76, comprised of an opting split of 24.57 and back half of 27.19. That’s approaching the 51.15 Swiss national record the budding ace put up in December of 2020. Korstanje was 52.40 this morning.

The brits wished they have French backstockers

Those 100 back times deserve more than a bottom of the article reference. Those are some serious prelims times, both on the men’s and women’s side.

Jeremy Stravius appears to have come out of retirement.

inside info from france. he’s just swimming for the club he founded this year (Étoiles 92) to motivate the swimmers. Not seriously coming out of retirement. hence the events he’s swimming

As a Frenchman I can honestly tell you his moustache doesn’t feel very French, for us he mostly looks like a very buff and fast Freddie Mercury with it haha