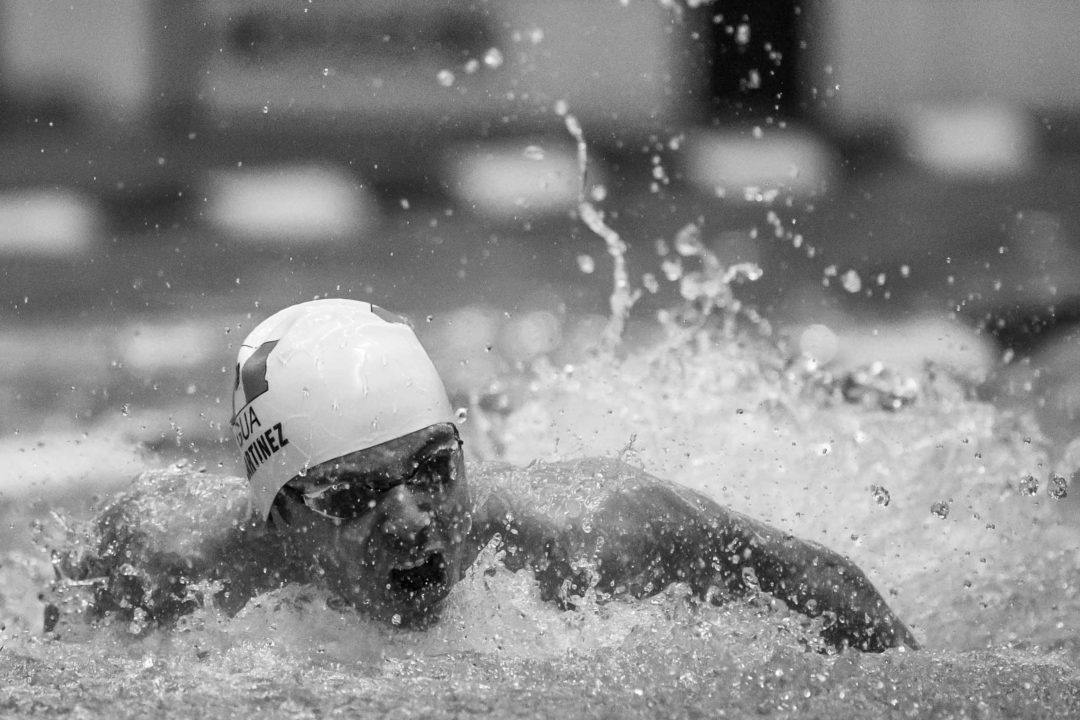 Luis Martinez broke the Guatamalean Record in the 100 Fly tonight while becoming the first swimmer from that country to swim in an Olympic final. Current photo via Mike Lewis/Ola Vista Photography

Luis Martinez made Guatemalan swimming history tonight by becoming the first swimmer from that Central American nation to compete in an Olympic final.

Martinez, 25, finished 8th in yesterday’s 100 fly semi-final with a time of 51.30 to just make it into today’s A-final. Competing today against a star-studded field that included butterfly world record holders Caeleb Dressel and Kristof Milak, Martinez took 7th with a time of 51.09.

As we already mentioned, Martinez’s swim tonight also made him the first swimmer to represent Guatemala in an Olympic final. Not only that, but this appears to be the first time a Guatemalan swimmer has even made it beyond prelims. In approximately 80 Olympic splashes dating back to 1952, a few Guatemalan swimmers had won their prelim heats, but none had made it to a semi-finals or final.

It’s been a long road for Martinez, who swam at Auburn, where he was a three-time All-American on Auburn’s relays. He also competed at the 2016 Olympic Games in Rio, where he finished 19th in the 100 fly with a time of 52.22. Fast-forward five years, and a U.S. Open meet record later, and tonight’s Martinez’s time would’ve been enough to earn him silver in Rio, as he’s part of an incredibly fast generation that continues to push the 100 fly to the next level.

What a great swim! Can’t wait to see more of him

Great swim for him! Congratulations!

incredible. It is a country with limited resources

His parents might have been professionals’ like an architect, engineer, or accountant. Granted, salaries are a lot lower there. They pay far less for housing while clothing and food is more expensive. His parents might have came to the US when he was young. This is another trend for athletes from Central America.