LSU Set to Pick Up Bentz and Kalisz (Raleigh and Cassie) 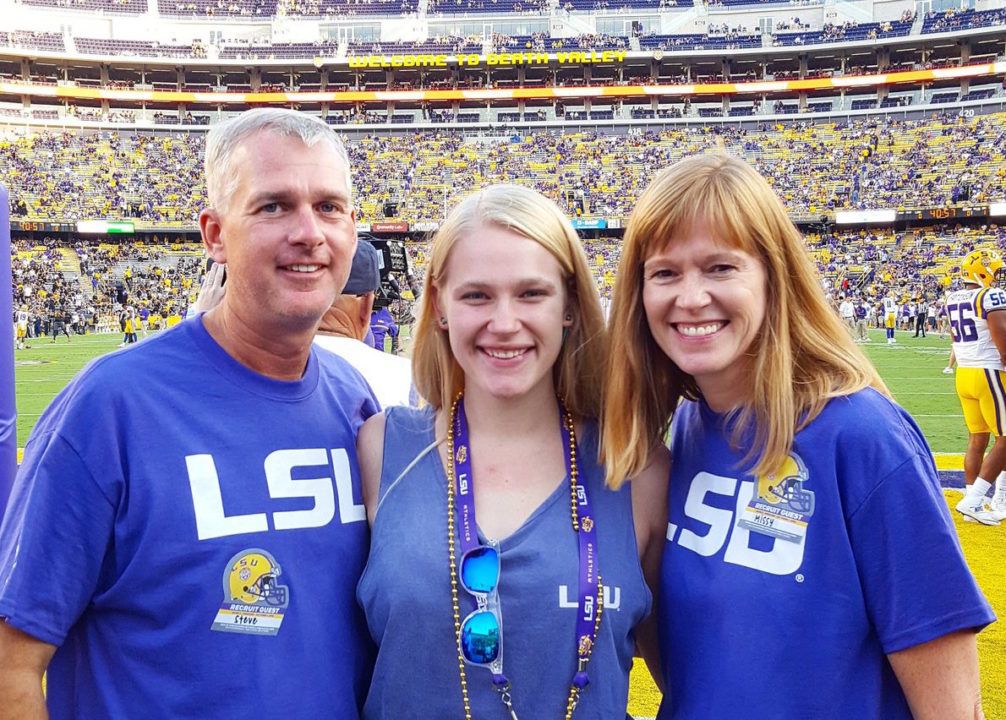 Gunnar Bentz and Chase Kalisz have a lot in common. They are both medalists at the 2016 Olympic Games, they... Current photo via Twitter/@raleighlbentz

Gunnar Bentz and Chase Kalisz have a lot in common. They are both medalists at the 2016 Olympic Games, they both swim for the University of Georgia men’s team, and they are both NCAA finalists in the 200 and 400 yard IM events. Now, they can both say that their younger sisters are committed to swim for Louisiana State University.

Raleigh Bentz, from Atlanta, Georgia, and Cassidy (“Cassie”) Kalisz, from Bel Air, Maryland, have both given their verbal commitments to swim for the LSU women’s team as part of the Class of 2021.

So excited to announce my verbal commitment to LSU!! Can't wait to see what the Lord has in store for me! GEAUX TIGERS!! pic.twitter.com/zMj9uJOsGW

Raleigh Bentz swims for Dynamo Swim Club and Providence Christian Academy. She is the reigning GHSA 1-5A champion in the 100 back (55.34), and has winter junior national cuts in the 100 fly and 200 back. Her best times are:

Cassie Kalisz is an Olympic Trials qualifier in the 200 meter back, and she swims for North Baltimore Aquatic Club. Amazingly, she is the fourth Kalisz sibling to swim at Trials—Courtney in 2004 and 2008, Chase in 2012 and 2016, Connor in 2016 and Cassie in 2016. Each Kalisz has been successful in the pool, but they also seem keen on establishing their own individual paths. As evidence, all four have committed to different universities in different states. Courtney chose Southern Cal, Chase is at Georgia, Connor is at Florida State and Cassie will join LSU next season.

Right now Raleigh is the better sprinter, but Cassie is faster in the 200 distances and IM events. They will both be important to LSU’s success even as freshman because the Tigers are set to graduate a big senior class. The current list of 9 senior women includes team record-holders Leah Troskot, Kara Kopcso and Devon Dabney.

Like Gunnar and Chase, Raleigh Bentz and Cassie Kalisz also have a lot in common. They have both grown up in elite swim clubs, excel at similar events, are the youngest members of swimming families, and have older brothers with notoriety in the international swimming world. Not only will they make great training partners, but they may also be able to share insights and experiences with one another that very few other athletes could offer or understand.

When they arrive on campus in Baton Rouge, Gunnar will be a senior at Georgia, and Chase will be graduated. Cassie, however, will still have Connor swimming in the NCAA.