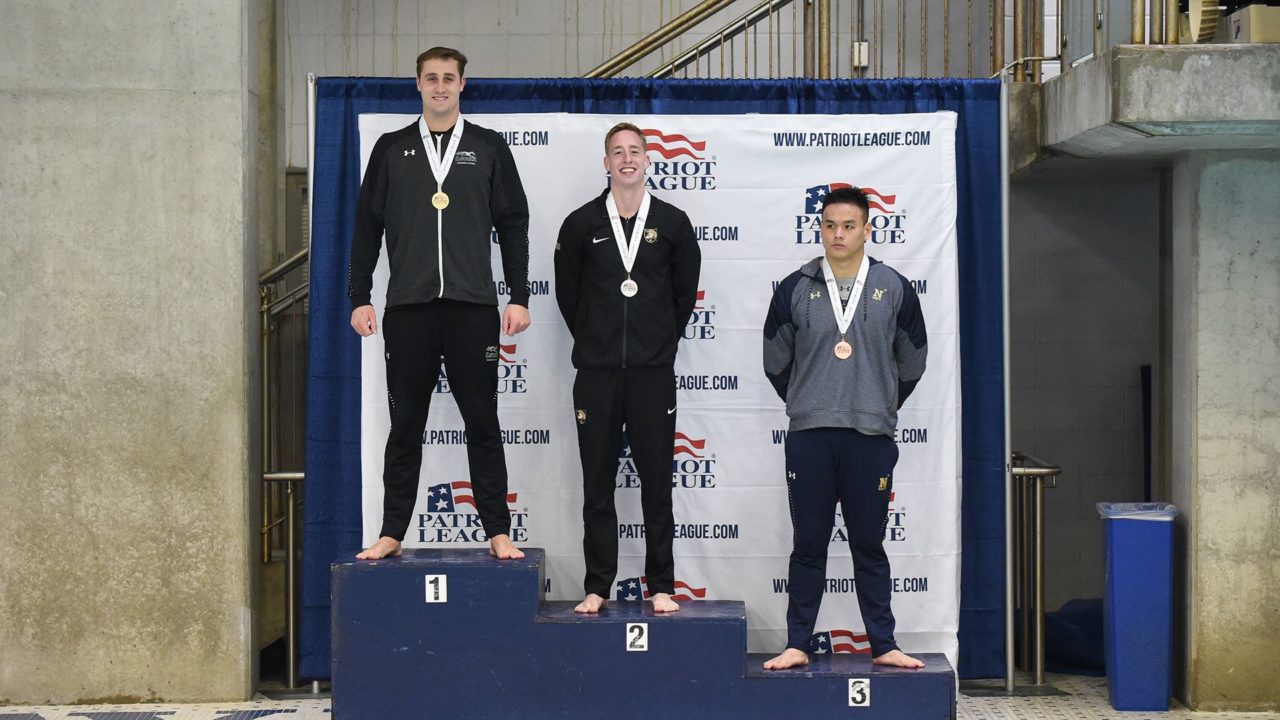 Hayburn (Bowie, Md./St. Mary’s) becomes the first Loyola student-athlete to receive the prestigious honor, which is presented annually to one male and one female who demonstrates excellence in both leadership and service while participating in Patriot League athletics. Voting was conducted by each institution’s Senior Woman Administrators.

“We are so proud of Jimmy for becoming the first Loyola student to win this award,” head coach Brian Loeffler said. “It is a great tribute to the amazing leader he is, and it provides a fitting conclusion to our season.”

Hayburn was among Loyola’s top performers in the pool at this year’s Patriot League Championship meet in February. He became the second Greyhound male to win a Patriot League title on Day 2 of the competition, topping the field in the 50-yard freestyle with a school-record time of 19.99. He added a top-five finish in the 100 free, helping Loyola to a third-place finish in the team standings which was the program’s highest since joining the conference. Hayburn ultimately contributed to six school records (two individual, four relays) and earned both first team All-Patriot League and Academic All-Patriot League accolades.

Outside the pool, Hayburn holds a perfect 4.00 grade-point average as a business administration major. He has achieved all of his athletic and academic success while also dedicating extensive time to Loyola’s Army ROTC program and several other service endeavors. With the ROTC, he has been recognized as the Cadet of the Semester on three separate occasions and received the Greyhound Battalion Superior Cadet award last May.

Hayburn is an active member of Club PALs, an organization dedicated to serving college students with Down syndrome. He will serve on the group’s Executive Board for the upcoming school year. Within the Baltimore community, Hayburn is a leader in Loyola’s Junior H2ounds program, which teaches water safety skills and swimming techniques to underprivileged children.

Hayburn is also a member of the Student-Athlete Advisory Committee, where he is a dedicated participant in the organization’s Pen Pal program with local Baltimore elementary school students. He is part of the Greyhound Leadership Academy, he is a peer group leader for the One Love Foundation, and he finds time to serve as a lector and eucharistic minister at Loyola’s Alumni Chapel.

Provided the minimum conduct standards are met, any Patriot League student-athlete and/or team is eligible for the award. The definition of leadership and character for the purposes of this award includes but is not limited to any of the following ideals: demonstrated Leadership on the “field” of competition and within the campus community; promotes a leadership vision for the betterment of one’s team or teammates; mentorship of teammates; role model on campus; active participation in on-campus and/or community service projects; perseverance in overcoming hardships; demonstration of trustworthiness, respect, responsibility, fairness, caring and citizenship.

The Patriot League is set to release a feature story focusing on Hayburn’s many contributions to Loyola and the surrounding community on Wednesday afternoon. Holy Cross rower Maegan Moriarity was this year’s women’s award recipient.