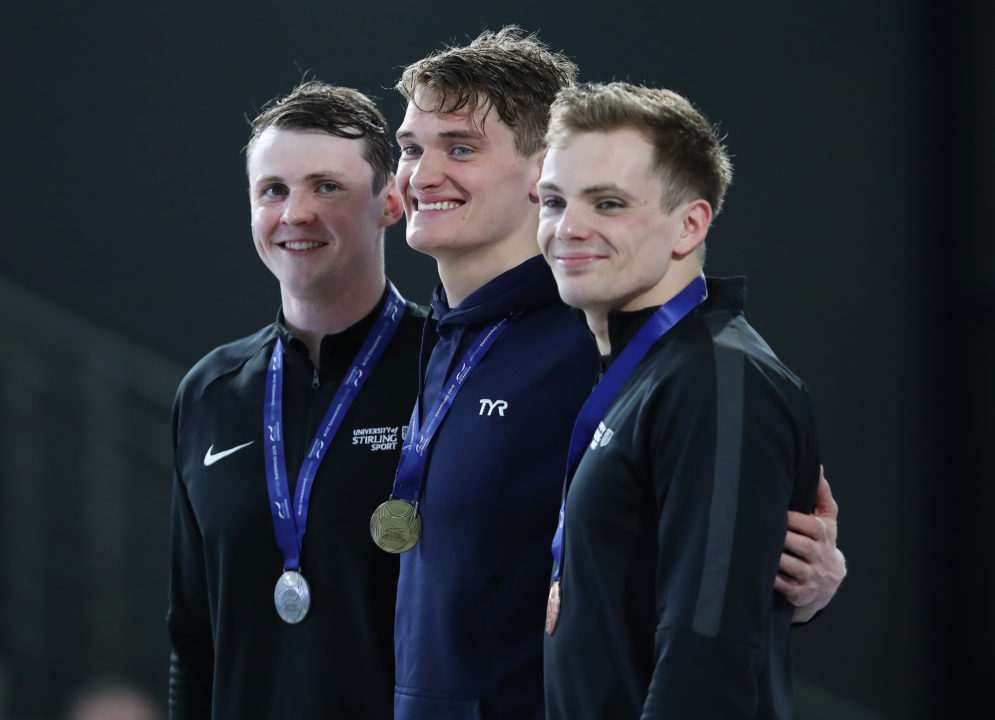 British Swimming released its athletes eligible for funding for the 2019/20 season, but let's take a look at how their past talent predictors have fared. Archive photo via Ian MacNicol for Scottish Swimming

Earlier this week British Swimming released the roster of 48 athletes selected for its World Class Program (WCP) for the 2019/20 season. Per British Swimming, an extremely thorough selection process was implemented, analyzing athletes’ past and current performances and a robust assessment of their ability to win medals at both this and future Olympiads.

The athletes on the list, which you can see in its entirety here, are designated as ‘Podium’ or ‘Podium Potential’, receiving program opportunities and targeted financial assistance from UK Sport through the World Class Performance Program’s Athlete Performance Award.

For historical perspective, at the time the 2015/16’s edition of the British Swimming roster was released, the Podium-level support recognized those athletes having the potential to medal in the near-term, mainly at the 2016 Rio Olympic Games, while the Podium Potential athletes were those in which a longer-term investment is being made.

Below is the list of the 21 athletes within that category and their medal production across the 2016 European Championships, the 2016 Olympic Games, as well as the 2016 Short Course World Championships.

A 43% success rate at medaling in Rio seems like a good batting average. It is, right? Respectful golf claps sent from my cubicle. It’s even better considering GBR had the most 4th place finishes behind the Russians in Brazil. Not so certain about the success of the podium potential list but with the exception of the no-brainers I don’t think any country is really good at predicting success with the next wave.