Lochte’s Knee Injured – Run in with an excited fan 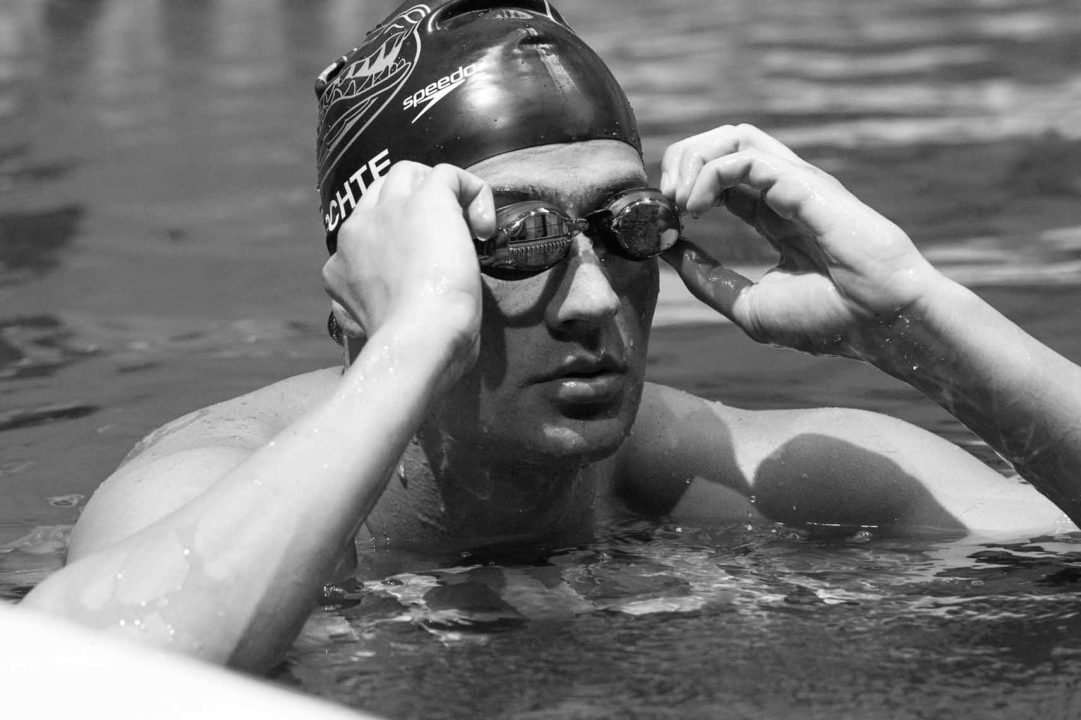 According to reports in USA Today Ryan Lochte had a true run in with a young fan during a recent... Current photo via Mike Lewis/Ola Vista Photography

According to reports in USA Today Ryan Lochte had a true run in with a young fan during a recent trip to Florida that has resulted in a knee injury that will keep him out of the water. An excited young woman rushed Lochte and tripped when Ryan apparently caught her and nailed his knee on the curb. As a result Lochte has torn his MCL and sprained his ACL.

According to a statement from his publicist he’ll now be taking a break from training and competitions however, “his medical team expects him to make a full and speedy recovery and Ryan thanks everyone for their well wishes.”

Obviously this injury makes it unlikely  Ryan Lochte will be competing in the 2013 Duel in the Pool scheduled December 20 and 21 in Glasgow according to report on NBC Olympic Talk.  Typically an injury of this magnitude can take well over 6 months to recover.

UPDATE: Dave Wagner, an evening anchor from NBC Charlotte’s WCNC, posted several tweets from what appears to be an interview with SwimMAC Carolina head coach, David Marsh, about Ryan Lochte’s injury that resulted from catching a fan. From Wagners tweets, Marsh said:

“He wasn’t prepared to catch her and when that happened, it buckled his knees.” “It’s unclear if he’ll have surgery. Some of that depends on the severity…” “When he dealt with this in the past, he came back better than ever from it.” “After the Gainesville & Charlotte medical teams visit this,they’ll be deciding what to do moving forward.” “It looks like he has a pretty substantial rehab time here in Charlotte ahead of him.” “He actually has loose joints,which is part of the talent 4 swimming, but not obviously ideal for catching fans.”

I’ve torn my MCL twice. Breaststroke is the only thing he’ll be having a rough time with for quite a while.

Whelp, there goes the Grand Prix of Minnesota, the Duel in the Pool, and maybe the first half of the 2014 Grand Prix season. It’s gonna be interesting to see who they get to replace him.