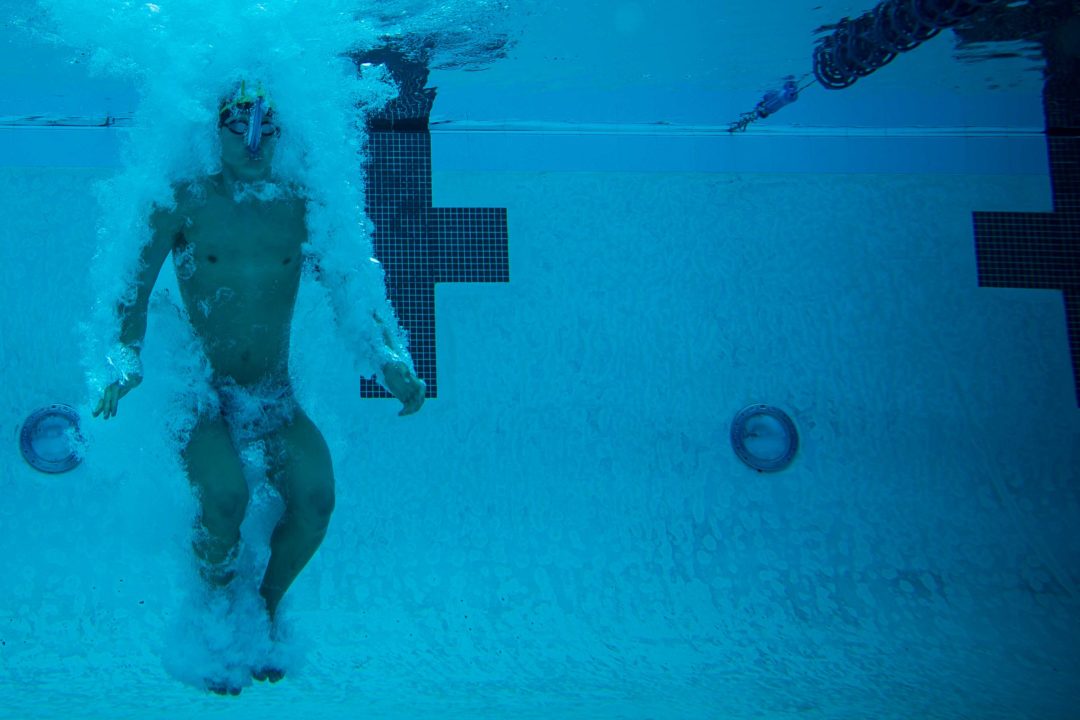 A group of aquatics professionals, including coaches and Olympians, have coalesced to try and aid the government in making a decision. Stock photo via Jack Spitser/Spitser Photography

Osborne is a former senior advisor to the Trump campaign and was the senior communications strategist for Ben Carson’s 2016 presidential run. He joined Washington lobbying firm Turnberry Solutions as a partner in 2017. Osborne’s daughter, Reagan, is committed to swim for LSU in the class of 2024.

“Like everyone else, especially in the Northeast, we’re really struggling to get pools open. And in my ASCA role, I have been – obviously – working with a lot of coaches and clubs and municipalities on guidelines,” Jacobs said. “In the meanwhile, not making many inroads in my own state, between Virginia and Maryland.”

“Every city, municipality and state that I have been able to be in touch with — they’re struggling with separating out professional aquatics versus kids getting in and playing Marco Polo, and how do we social distance, and how to we control what’s happening in a rec pool,” Jacobs said. “More and more, we’re finding they are just lumping us in with the recreational side.”

So Jacobs, her husband and Machine Aquatics co-owner and head coach Dan Jacobs, and Nation’s Capital Swim Club CEO Tom Ugast called up Osborne to discuss their options, hoping to find a way to “educate” the local government about what the professional side looks like. Osborne suggested that they instead pursue a route through the federal government, and said to send along a letter with the necessary information.

Osborne, who is working free of charge, says he views this as his way to give back to Machine Aquatics, which has helped his daughter earn a scholarship to swim at LSU.

Tuesday, Osborne will present that letter (addressed to President Trump and Dr. Deborah Birx, a former swim coach), signed by over 30 Olympians and “more Olympic staff and coaches of larger clubs out there than you can imagine,” Paris Jacobs said, noting that NCAA coaches could not be included because it could be perceived as a violation of NCAA rules. The letter signatories are being referred to as the “Aquatic Professionals Alliance.”

In the letter, the group says that at least 300,000 individuals in the aquatics industry have been impacted by coronavirus-related closures.

The group is hoping to have a governor raise the issue during a national governors call this week with the COVID-19 task force on Tuesday, or in a future week. After that, Osborne is scheduled to go to the White House to meet with senior White House officials, possibly including President Trump, to discuss a meeting to assemble stakeholders to further discuss the issue.

The goal is for the White House to issue “supportive guidelines regarding professionalism in aquatics,” as has been done for other professional sports. The National Basketball Association and Major League Baseball, among other pro leagues, are currently considering how to safely return to play.

Paris Jacobs says that the group was surprised to find out that many state governments didn’t know that guidelines by organizations like USA Swimming had been written, because they have been so inundated with information. She views this effort as part of an educational campaign that professionally-run swim clubs can effectively “mitigate risk,” though she repeatedly emphasized in comments that she understands that they cannot guarantee safety in a COVID-19 world.

If all goes according to the plan, the guidelines for pools will trickle down to the state and municipal level. The federal government has handed over all decision-making authority for reopening post-coronavirus to the states, with the notable exception of their effort to implore states to lift restrictions on religious gatherings.

Paris Jacobs says that in cursory conversations with state officials, a lack of lifeguards has been brought up as a roadblock, but says that she believes that this is a municipal issue that should be dealt with at the municipal level, not the state level. Paris Jacobs also says that her group is willing to help deal with some of those lifeguard staffing issues.

“The only way the swim industry is going to come out of this is sticking together and sharing services,” Paris Jacobs added, saying that all efforts have been part of coordinated movement with other clubs in the area.

Forty states nationwide have either begun to reopen pools with social distancing restrictions in place, or have a target date to do so. Click here to view SwimSwam’s state-by-state guide pools reopening. As to why the Jacobs-led effort is necessary at this point? Teams are bracing for a potential resurgence of COVID-19 cases – and by extension, pool closures – in the fall.

Names who have signed on to the letter:

It’s a great letter but they’ll have to read it to him or else it’s a total waste.

Time to open up. We cannot continue to live in fear. The nonsense has gone much too far. We don’t need a nanny state nor big brother telling us what to do.

Like Mission Viejo, if it is a city-run pool, can’t the city decide? Our county does not have as many as King county, but we have to go along with them. Perhaps first open to USA Swimming members before opening to general public?

As the National Governing Body, why hasn’t USA Swimming been at the forefront of this from a lobbying standpoint?

It was offered to them to take the lead and participate… they declined. Maybe ask them why

Prolly cause they got tired of everyone suing them every time anything in the sport of swimming went wrong.

They also get shredded anytime they hire a lobbyist for anything.

And finally, Damon Johns once put it best on Shark Tank, “I’m a magnet. As soon as they see my deep pockets on it, everyone gets a lawyer.” So maybe it’s for the best if they don’t.

Because it would be an absolute waste of time. Good for USA Swimming for not getting caught up in this drama.

Friends in low places. Even if it meant getting into the pool a bit earlier, I don’t think I could bring myself to cooperate with a man who had a role in placing Trump in the White House.

Really? I mean, the hell with helping out kids, the pettiness of politics takes precedent?

How unscrupulous should I allow myself to become in the name of swimming? For me, I’ll leave it up to the state and local health departments while I social distance from the White House.

Polarizing as he maybe, one thing #45 will do is raise awareness if you get him fired up about it.

Just tell him Obama and the Democrats think pools should stay closed.

Not Obama . Gavin Newsome holds the pool keys & his ex Kimberle Guilfoyle.is almost a Trump . If Trump asked him , he would open the pools . Washington beckons .

He will raise awareness through a Tweetstorm about how something is unfair, rude, disgusting, etc. That is the wrong way to raise awareness and only serves to polarize and divide people.

I assume that’s just because he wants dean the dream’s autograph.

I would think the White House would have more pressing issues to deal with, but this could be a good step forward for pools and swimming.

Probably not as much there as the Vince Foster mystery.