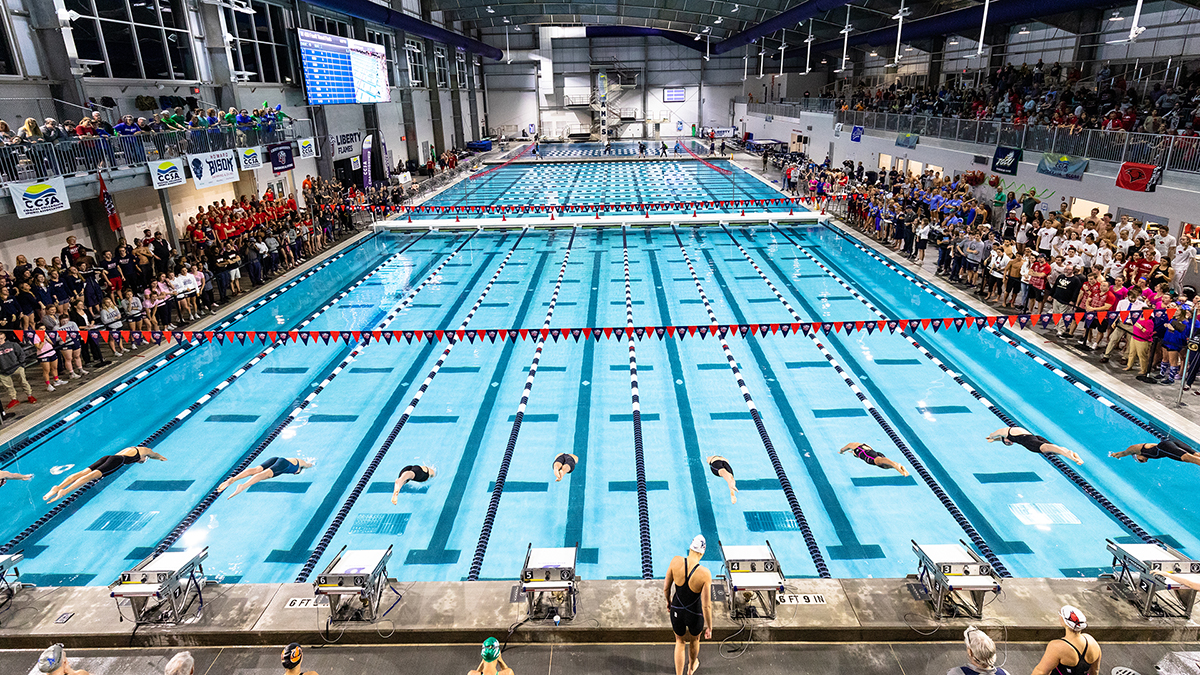 The Flames will conclude its regular-season schedule by hosting Campbell and James Madison for the TYR ’85 Senior Celebration on Saturday at 11 a.m. Archive photo via Liberty Athletics

LYNCHBURG, Va. – The Liberty swimming & diving team will conclude its regular-season schedule by hosting Campbell and James Madison for the TYR ’85 Senior Celebration, Saturday at 11 a.m. at the Liberty Natatorium.

The Lady Flames will honor their five graduating student-athletes – Hannah Baker, Colleen Donlin, Mikayla Herich, Kendal Irwin and Brittany Weiss – with a Senior Day ceremony prior to the meet. During the last four years, Liberty has posted a 47-7 record in dual meets, including 20-1 against CCSA competition. These athletes have combined for 25 top-eight finishes and 10 podium placings at CCSA Championships.

Liberty, James Madison and Campbell all competed in the TYR ’85 Invite in November at Liberty Natatorium, with JMU finishing in fifth place, Liberty sixth and Campbell seventh.

Liberty posted a 131.5-125.5 win at Campbell on Oct. 11. During that meet, Liberty won eight individual events and one relay, while the Camels posted four individual-event victories and one relay win.

Saturday’s meet will be available for viewing, via subscription, through ESPN+, with Melanie Newman and Bethany (Wakeley) Kennon calling the action. Live results will also be available both online and on the MeetMobile app.

So. Abigail Egolf-Jensen – CCSA Women’s Diver of the Week (Oct. 15)

For the first time since 2014, the CCSA Swimming & Diving Championships will be held at Allan Jones Aquatic Center in Knoxville, Tenn., Feb. 19-22. The last time the CCSA Championships were held at Tennessee, Liberty earned its first-ever conference title. The facility was also the site of current Liberty diving coach Tori Lamp Wood’s All-American career.